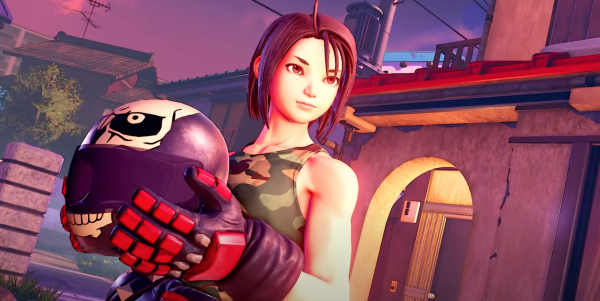 We’ve known that Akira is coming to the game for a little while now, but after a Capcom livestream showed off some gameplay for the character back in April, we’re finally able to get our hands on her today.

Veteran Street Fighter players will enjoy that the guest character is rocking a lot of older moves (mixed in with some new techniques, naturally) and she can call on the help of her brother, Daigo, if things get a bit too much to handle.

Check her out in action below.

This latest update has also fixed the weird character select glitch that made Sakura look bug-eyed in-game (thanks Eurogamer).

The two new characters follow Dan Hibiki arrived in Street Fighter 5 back in late February, and come before the final character, Luke, will be added to the title later this year. As per the publisher, Luke will “help expand the world of Street Fighter” (whatever that means).

“From what we can see, Luke appears to focus on moving fast and hitting hard. His punches even shoot beam-like projectiles at an alarming speed! Luke will step into the ring November 2021, and we can’t wait to share more info about him soon!” says the company.

For now, you’ve got Oro and Akira to play with, though. Check out an Oro trailer below if you want to know more about him.

The post You can play as Oro and Rival Schools’ Akira in Street Fighter 5 from today appeared first on VG247.