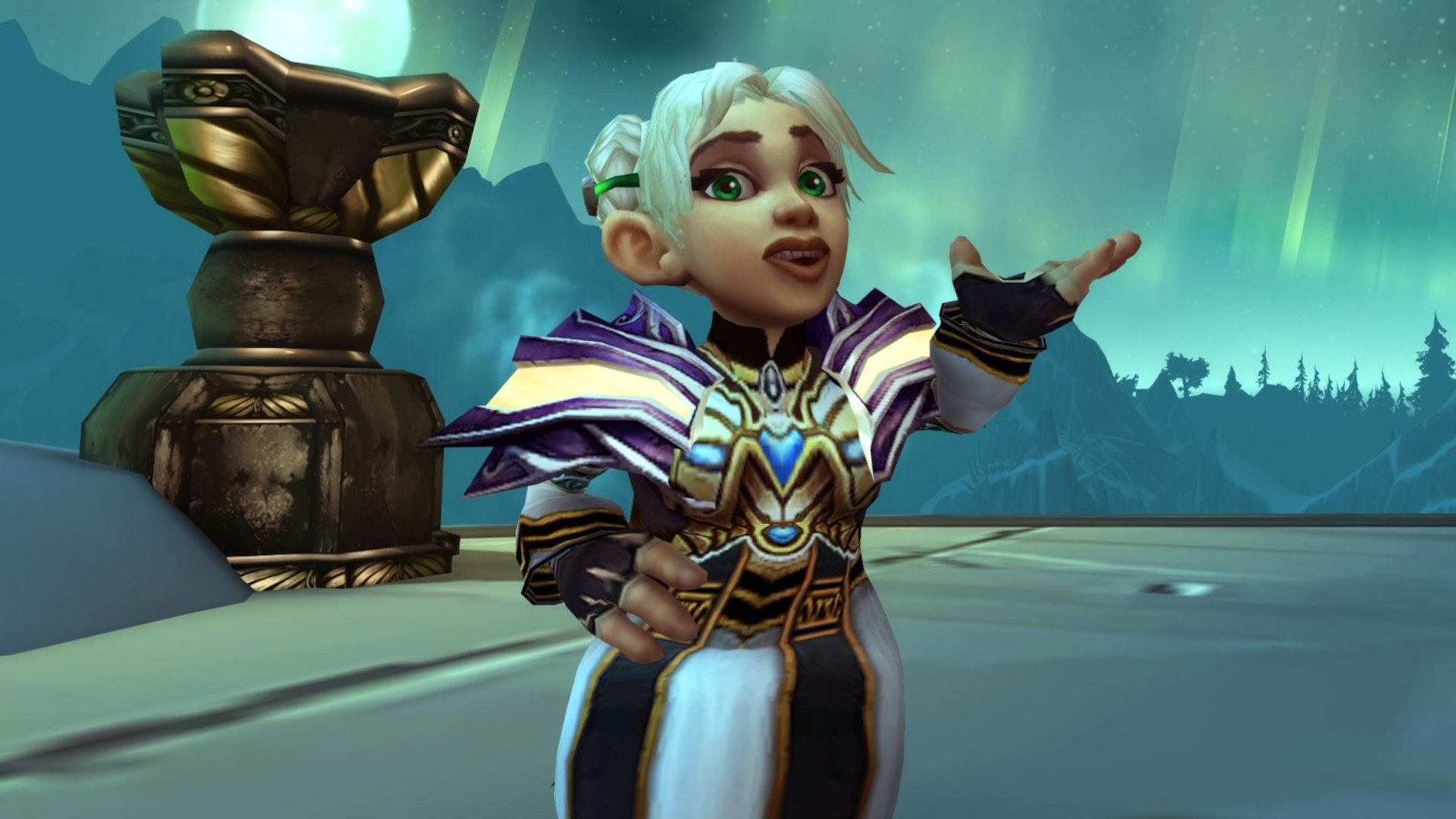 One of World of Warcraft‘s older NPCs is transgender. A new short story reveals that Chromie, the time-travelling gnome whose dragon form Chronormu used male pronouns, now uses she/her pronouns in all instances.

An excerpt of Visage Day, part of the upcoming anthology Folk and Fairy Tales of Azeroth, that has Chromie choosing her pronouns was posted online from someone who received a preview copy. Fans grew excited at such a beloved character being explicitly, canonically, trans, and one reached out to Steve Danuser, World of Warcraft’s narrative lead. Danuser confirmed it’s exactly as it reads, and encourages everyone to check out the full story when they can.

“Pronoun usage through the course of the story was done deliberately. I encourage reading the story as a whole rather than just excerpts,” Danuser tweeted. “Prior to the Visage Day ceremony, Chronormu is he/him. Afterwards, she/her in both mortal and dragon forms.” In the lore, Visage Day is the ceremony where bronze dragons choose their mortal forms, placing this story somewhere before the events of World of Warcraft. Another trans character, Pelagos, was added in Shadowlands, the most recent expansion, and Blizzard used that opportunity to discuss diversity as an ongoing goal in the MMORPG game. “We’re super happy, but I would definitely see Shadowlands as a step on this journey, not a destination,” Johnny cash, lead quest designer, said last year.