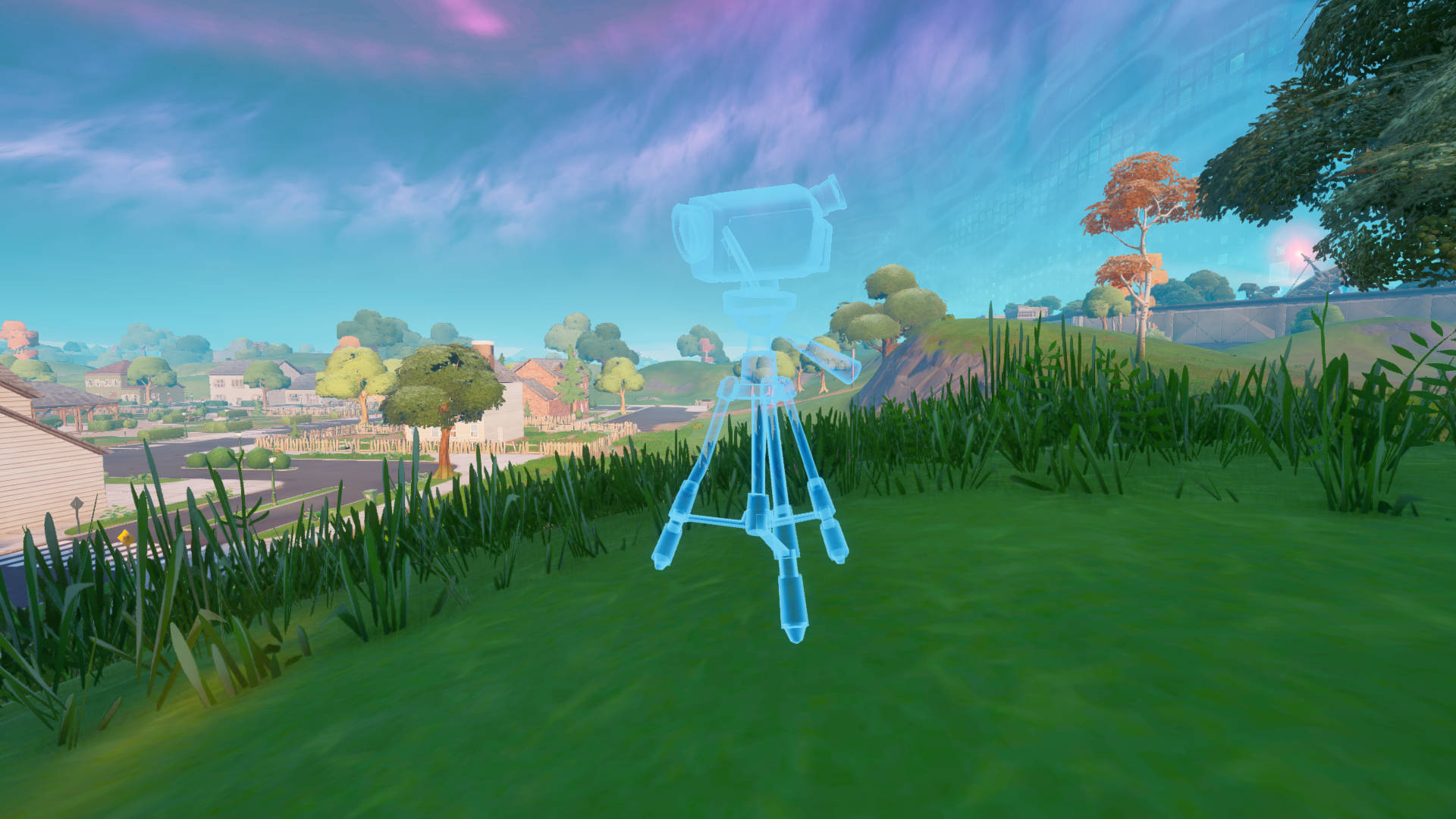 Want to know where to place video cameras in Fortnite? The fight against the invading aliens continues as we’re now asked by Doctor Sloane to investigate the disappearance of Slurpy Swamp. Most of these tasks are straightforward, with the aim to find a way on board the Fortnite mothership that’s looming above the map via the abductors, and learning exactly what the Grab-Itron does. Before long though, you need to set up some video cameras at different named locations.

This challenge isn’t too tricky to complete as there are a large number of video cameras on the map, with at least one in most named locations. The catch is that you need to place a camera in three different named locations. Placing them is as simple as interacting with the blue outline, you just need to keep an eye out for other players trying to stop you.

Once you’ve completed this set of legendary challenges, there are plenty of other sought after items in Fortnite that you should try to get your hands on before the season ends. The long-awaited debut of both the Clark Kent skin and the Superman challenges has caused a sudden rush among players to get the associated emote, banner, pickaxe, back bling, and glider before the season ends.