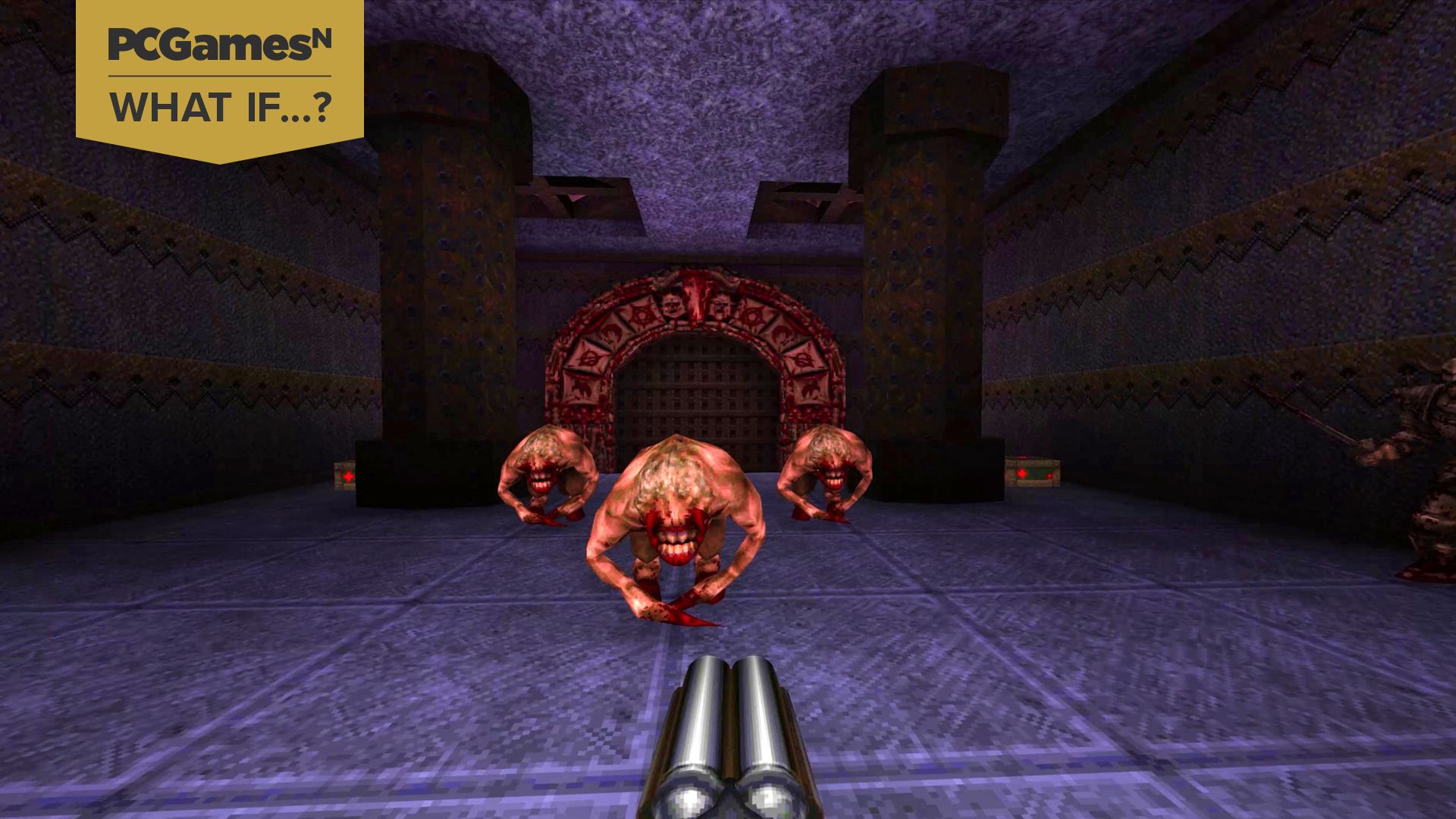 I wouldn’t blame id Software if it never makes another FPS game again. With Doom Eternal, the studio has practically pushed the genre to its breaking point, and some crusty purists would argue it went too far. In any case, Doom Guy needs a little time out – go curl up in a prolapsed gore nest and catch some Zs, big fella – while id tries to figure out where it can possibly take the series next.

But what about id’s other ’90s FPS titan, Quake? Sure, Bethesda kindly dropped a free, enhanced edition of the 1996 shooter during QuakeCon 2021, but what if it received the full-blown reboot treatment à la Doom?

Quake is unusual as a series in that it lacks a single consistent vision beyond turning monsters into chunks of flesh. The original game blended dark fantasy and sci-fi with Lovecraftian horror, boasting 3D tech that allowed for vertical level design that was revolutionary at the time. Sadly, its tumultuous development – including cut RPG mechanics and third-person combat sequences – led to the departure of level designer John Romero, for whom the game had begun life as a passion project.