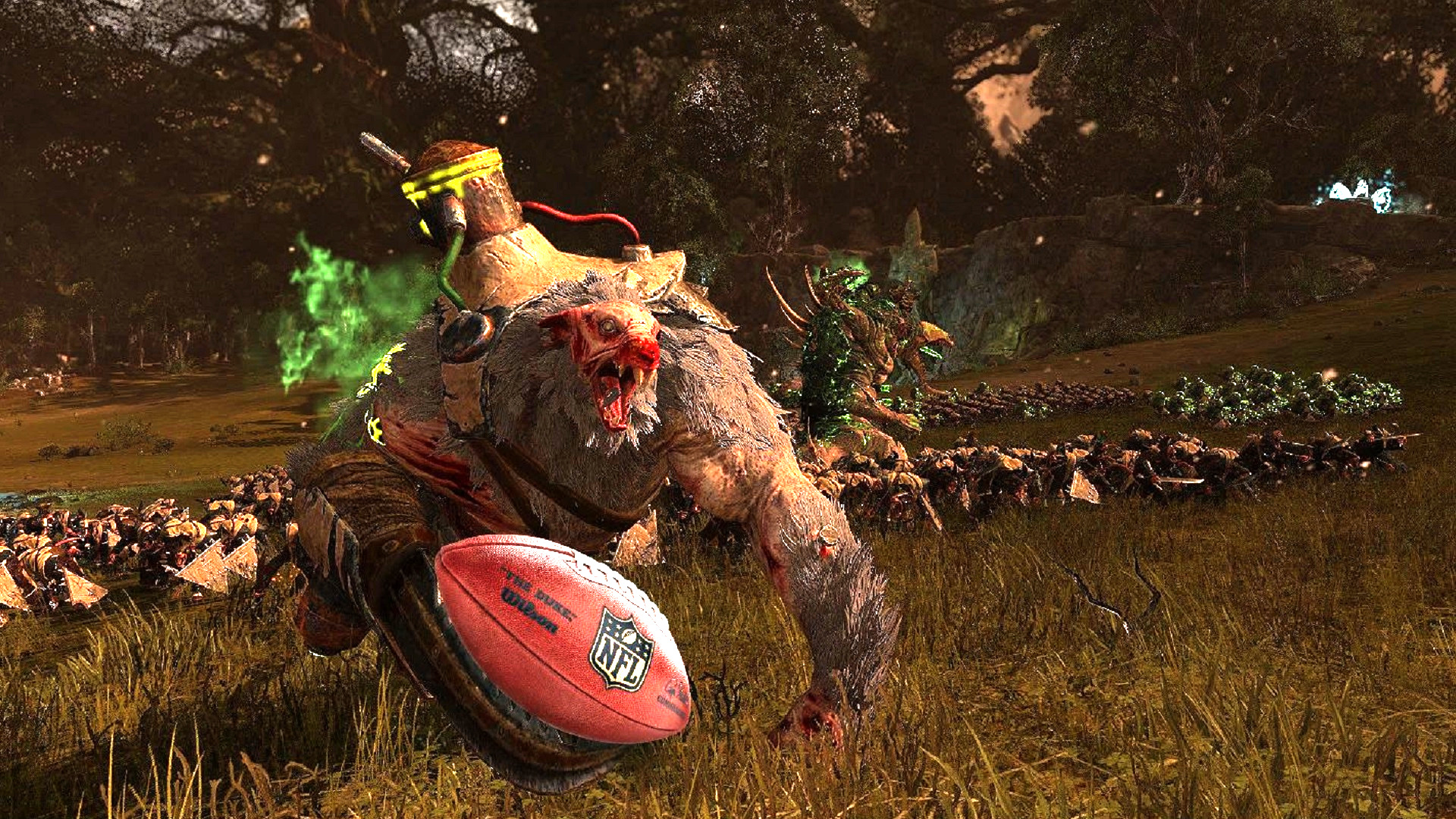 Picture this: you’re playing a Total War: Warhammer III Mortal Empires campaign as the noble Skaven (we’re assuming it’s in the game). Your glorious Under-Empire is expanding at pace, but you’re short on cash. “Skavenslaves,” you shout, “bring me the rat-phone, so I may call upon my old mate Karl Franz for a trade deal.” Despite your generous offer, the human emperor won’t budge.

There is but one solution. One strategy that would force Franz to deliver his finest imperial cheeses straight to your snout. I am, of course, talking about Creative Assembly including Blood Bowl as a diplomacy option in Total War: Warhammer III.

Blood Bowl is a parody of American Football set in a sort-of-but-not-quite version of Warhammer Fantasy’s Old World, where disputes are settled via hyper-violent sports. In the pantheon of Games Workshop games, it’s something of a cockroach. First emerging in 1986, it has survived through a mix of official support and fan torch-bearing right up to 2016’s reboot and last year’s second edition.