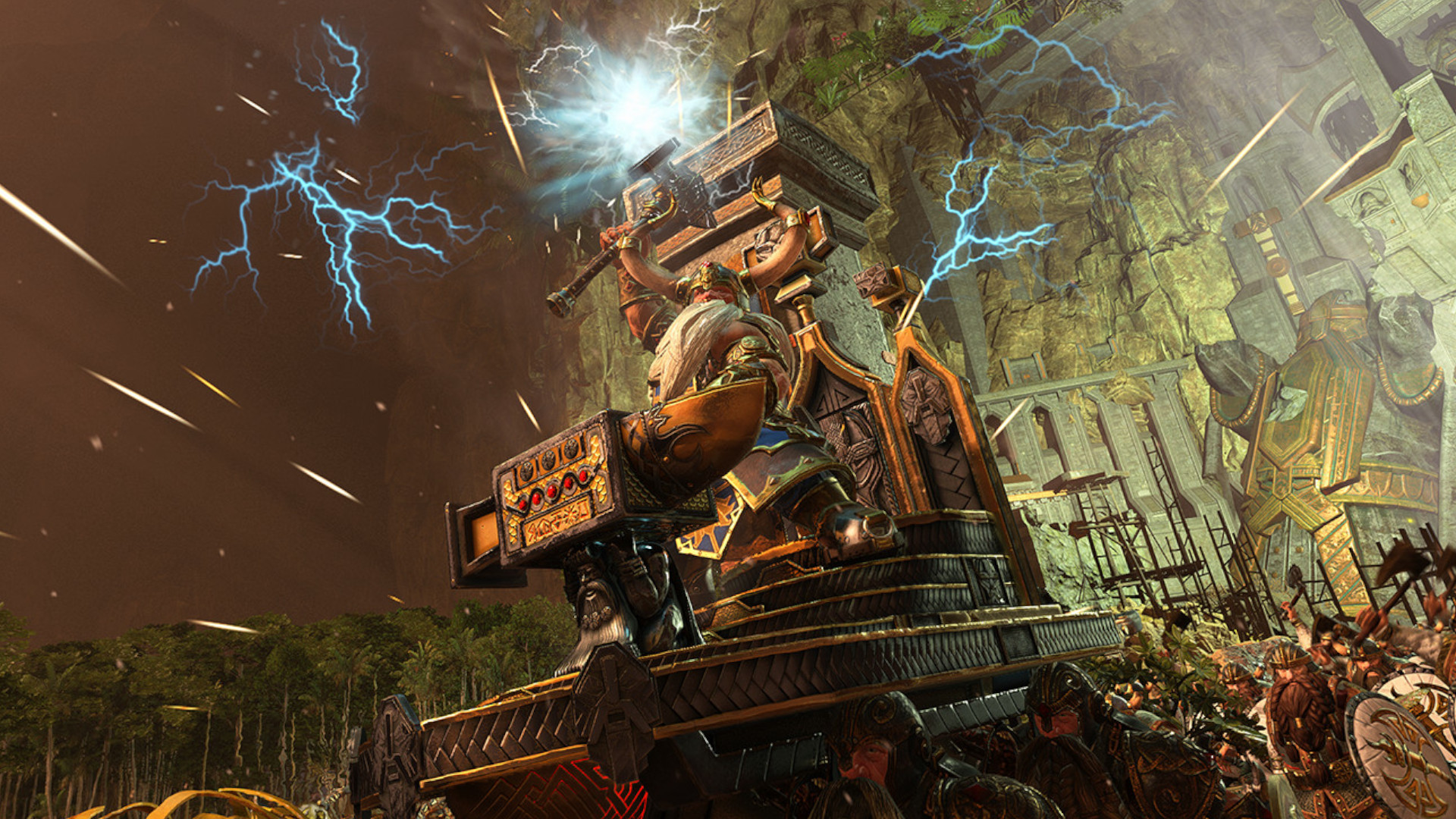 Ogre mercenaries aren’t the only bit of free DLC coming to Total War: Warhammer II alongside the final Lords Pack. We’re also getting another free lord in the form of Thorek Ironbrow, who’ll lead the Dwarfs with a big emphasis on digging up ancient relics and making the most of runic magic.

Thorek’s big unique mechanic has you seeking out relics, which you can locate through a simple menu click. Collect two pieces of a given relic, and you’ll get a new passive ability or a special unit. One relic might give a boost to the stats of your ranged units, while another might give you a yoked carnosaur for your Regiments of Renown pool.

Thorek has Fiery Temper, which causes fear and drops the cooldown for the Master Rune of Wrath & Ruin, which causes an armour-piercing explosion. His Klad Brakak hammer gives him immediate access to a bombardment ability and a frenzy augment. His Rune Armour gives bonus armour and flame resistance to allies in a 40 meter range.