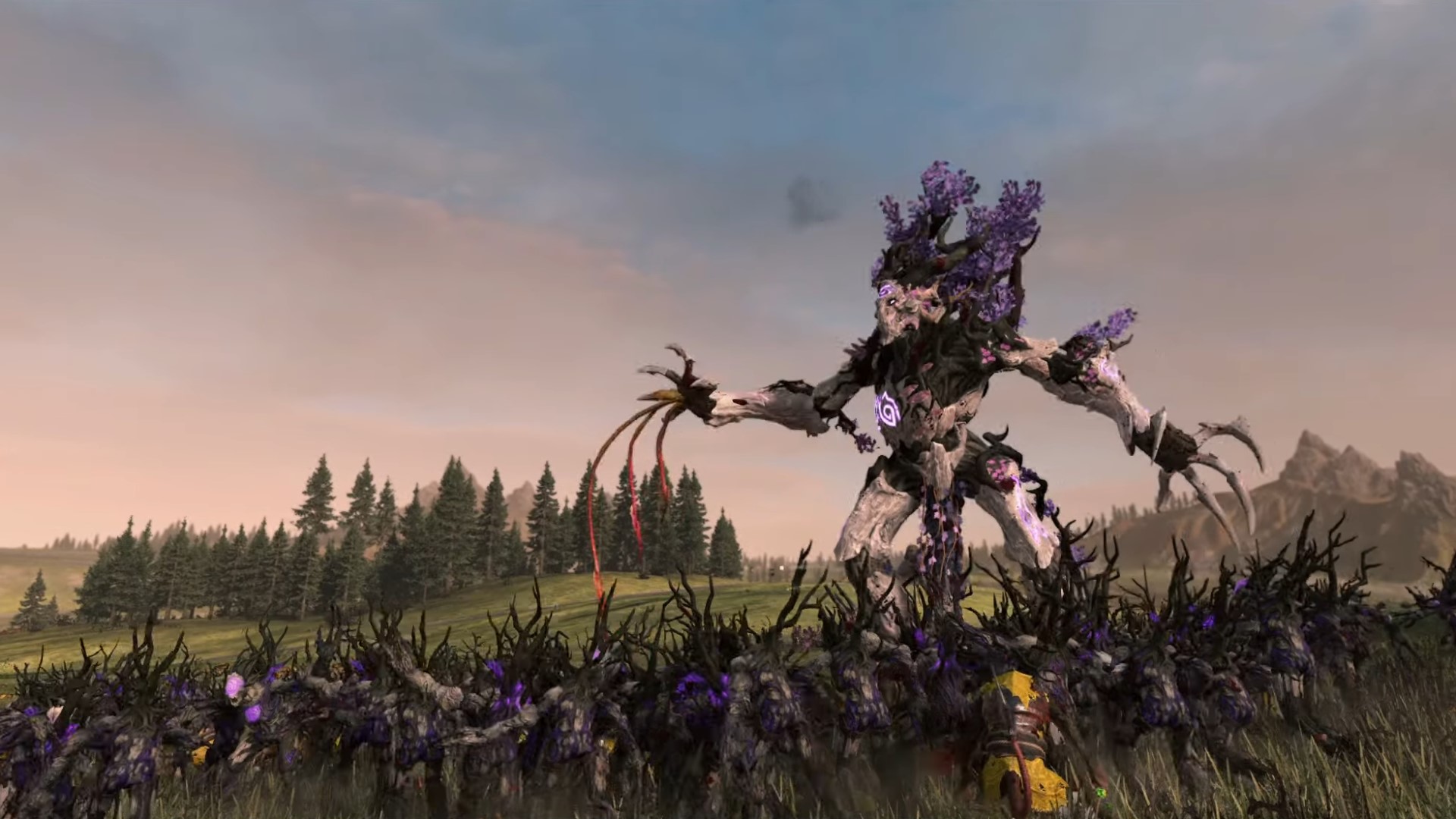 While Creative Assembly is calling it a “small interim patch” designed to address just “a handful of issues,” Total War: Warhammer II’s 1.11.1 patch does something rather important if you’ve been playing as the Wood Elf legendary lord Drycha. Specifically, it returns her unique Wargrove of Woe giant wolves units to her Wild Spirits pool.

For anyone playing Wood Elves in the strategy game, this will be a relief – Drycha begins with some giant wolves in her army, but now she’ll be able to instantly recruit more from the pool of Wild Spirits units unique to the Wargrove of Woe faction. These also include cave bats, giant spiders, and the feral manticore (which implies the existence of a tame manticore, strangely enough), but the giant wolves are certainly a nice addition to the lineup: they’re fast attackers who ignore all terrain-related penalties and have vanguard deployment capability. They’re also forest stalkers, which means they gain melee defence and accuracy bonuses whenever they’re fighting in the woods.

The patch also includes a few other fixes: Rakarth’s Whip no longer “jumps back to its original location” when you click on him, Skaven victory conditions have been modified in light of the updates to how Skaven corruption works, Condemned Lizardmen will no longer gain Blood Voyage buffs, and you won’t get any more increased supply lines from Lohkir’s unique Black Ark.