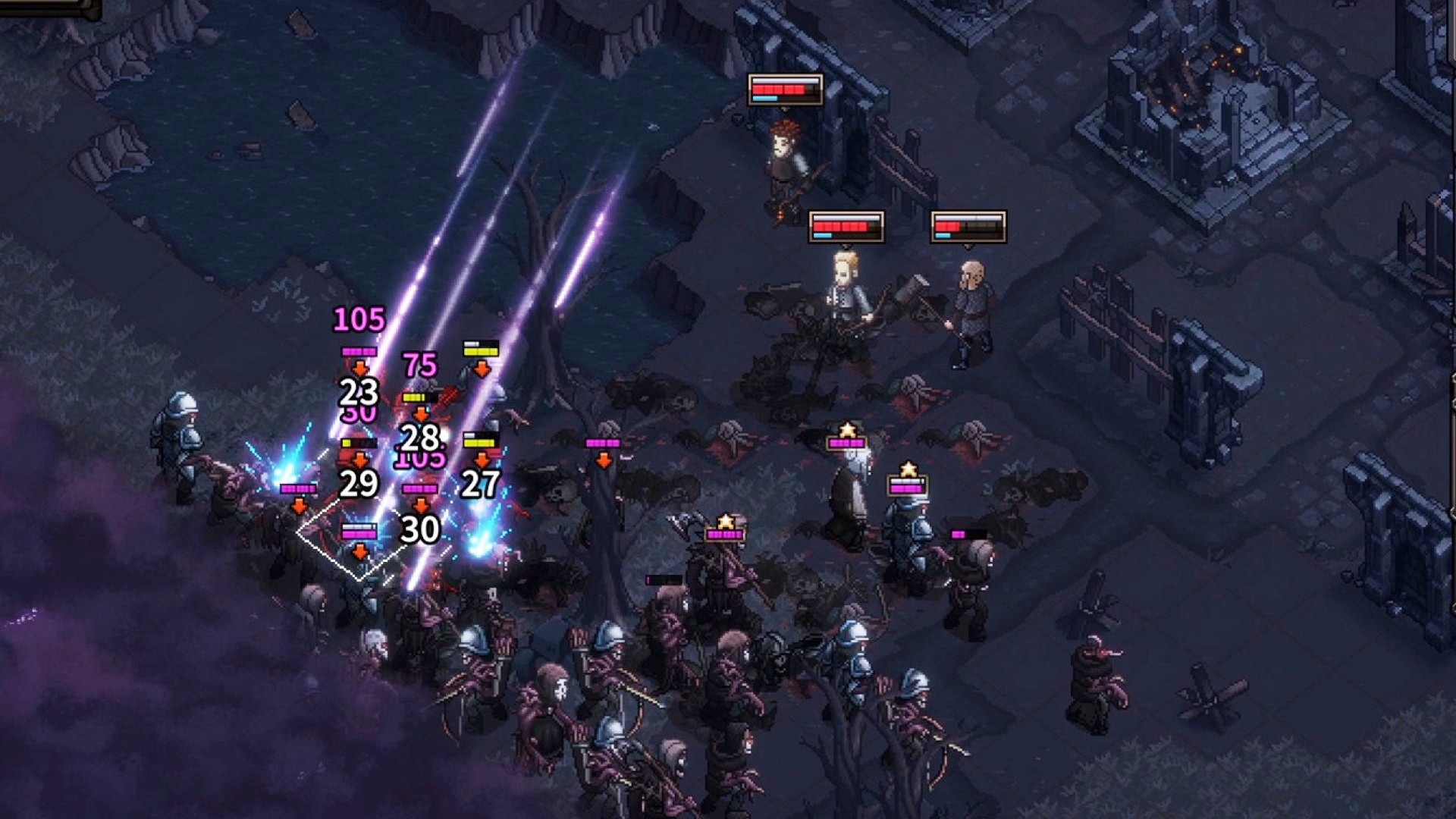 Generally speaking, when you play a turn-based strategy game, unit counts stay pretty low. You can’t be sitting there fussing over several hundred units’ individual moves, that’s frustrating! But The Last Spell, an RPG battle game coming this June to Early Access, seems to have figured out how to blend horde mode with turn-based combat.

Take a healthy dose of Into The Breach and add a heaping cup of They Are Billions, then throw in a dash of Fire Emblem – that gets you about 90% of the way to understanding what’s going on with The Last Spell. As the gameplay overview video below explains, the idea is to optimise your heroes’ moves and attacks in order to protect your city – and the spell circle going on within it – from massive hordes of ravenous monsters.

There are a lot of monsters, too. It’s kind of a Diablo level of enemies on screen at once, with dozens of skeleton archers, zombies, ghouls, and horrible bat-things all ready to tear down anything they get near. Your heroes, however, get access to an impressive array of gear and abilities, and if they survive long enough, you’ll be able to power them up with even more.