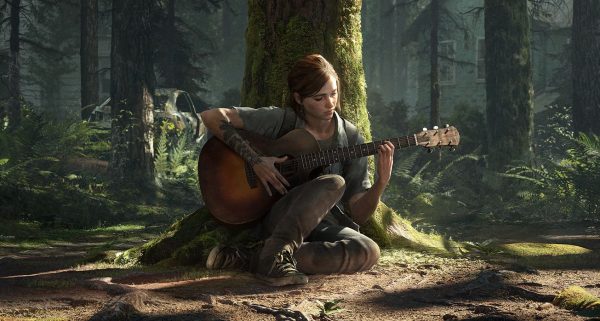 Multiplayer assets seemingly buried in The Last of Us Part 2 suggest that Naughty Dog may be planning to release a battle royale game set inside the iconic game universe.

Content creator Speclizer, a self-confessed “modding and exploration” expert, appears to have discovered a trove of multiplayer assets in The Last of Us Part 2 that point towards a battle royale mode made in the same engine. The most telling of these, as per their video (below) is a map prop that the creator says would have been used in multiplayer modes.

Other assets – such as Listen-Mode Device, Collar, Handheld TV and various multiplayer backpack and armor items – have also been found in the files (though the creator has not been able to restore them all at the time of writing).

The video posits that Adler Park, Camallito and Port of Camallito would have been smashed together to make a big map that would’ve hosted a large number of players in one go. “Didn’t mention it in the video but in the development footage, there’s a compass and a player count which is usually only used in battle royales,” Speclizer said in a comment on the video. “Oh and there’s also an emote wheel script.”

We learned before the game shipped, way back in September 2019, that The Last of Us Part 2 wouldn’t feature multiplayer, but Naughty Dog has always maintained something would come to fill the gap.

“As development began on the evolution of our Factions mode from The Last of Us, the vision of the team grew beyond an additional mode that could be included with our enormous single-player campaign. Wanting to support both visions, we made the difficult choice that The Last of Us Part 2 would not include an online mode” said the developer at the time.

The statement went on to add that the mode had not been scrapped entirely and that the team at Naughty Dog was working on a way to get it out to players separately.

“When and where it will be realized is still to be determined,” the studio said. “But rest assured, we are as big a fan of Factions as the rest of our community and are excited to share more when it’s ready.”

The post The Last of Us Part 2 multiplayer files hint at a potential Naughty Dog battle royale appeared first on VG247.