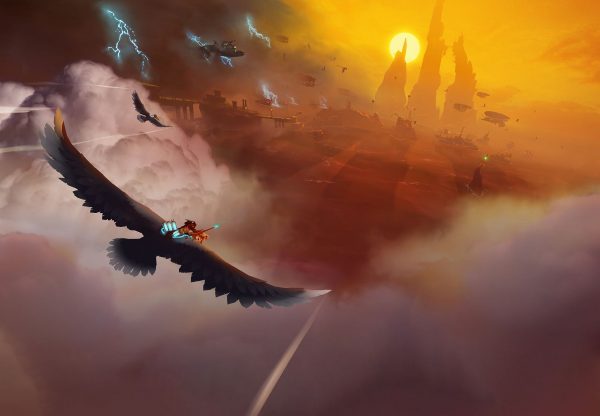 The Falconeer has been announced for PlayStation consoles and Switch.

Coming to PS4, PS5, and Switch as The Falconeer: Warrior Edition, the game will be released for all three consoles on August 5.

The Warrior Edition includes all updates, free and paid. This means you can look forward to the DLC packs The Kraken, The Hunter, and Atun’s Folly rolled into this edition, as well as the upcoming expansion, Edge of the World on launch day. Further additions also include the re-recording of significant voice-over work and a streamlined prologue tutorial.

The Edge of the World expansion features additional side quests, map locations, a self-contained story, and new items. The DLC will also be available to purchase for Xbox systems and for PC.

Developed by Tomas Sala, the game is an aerial combat RPG that combines aerial fighting mechanics with an open world environment full of various enemies.

The game is set above what’s called The Great Ursee, a near-infinite body of water, you play as a Falconeer. As an airborne warrior equipped with ranged weaponry, you will content with warmongering rival factions vying for the “mysterious secrets” hidden at the Ursee’s depths.

There are four factions in the game, and you will support your chosen faction while flying on missions from the back of a warbird.

The Falconeer was a day one launch title for Xbox Series X and Xbox Series S, and it is also available on Xbox One and PC via Steam.

The post The Falconeer is coming to PS4, PS5 and Switch this summer appeared first on VG247.