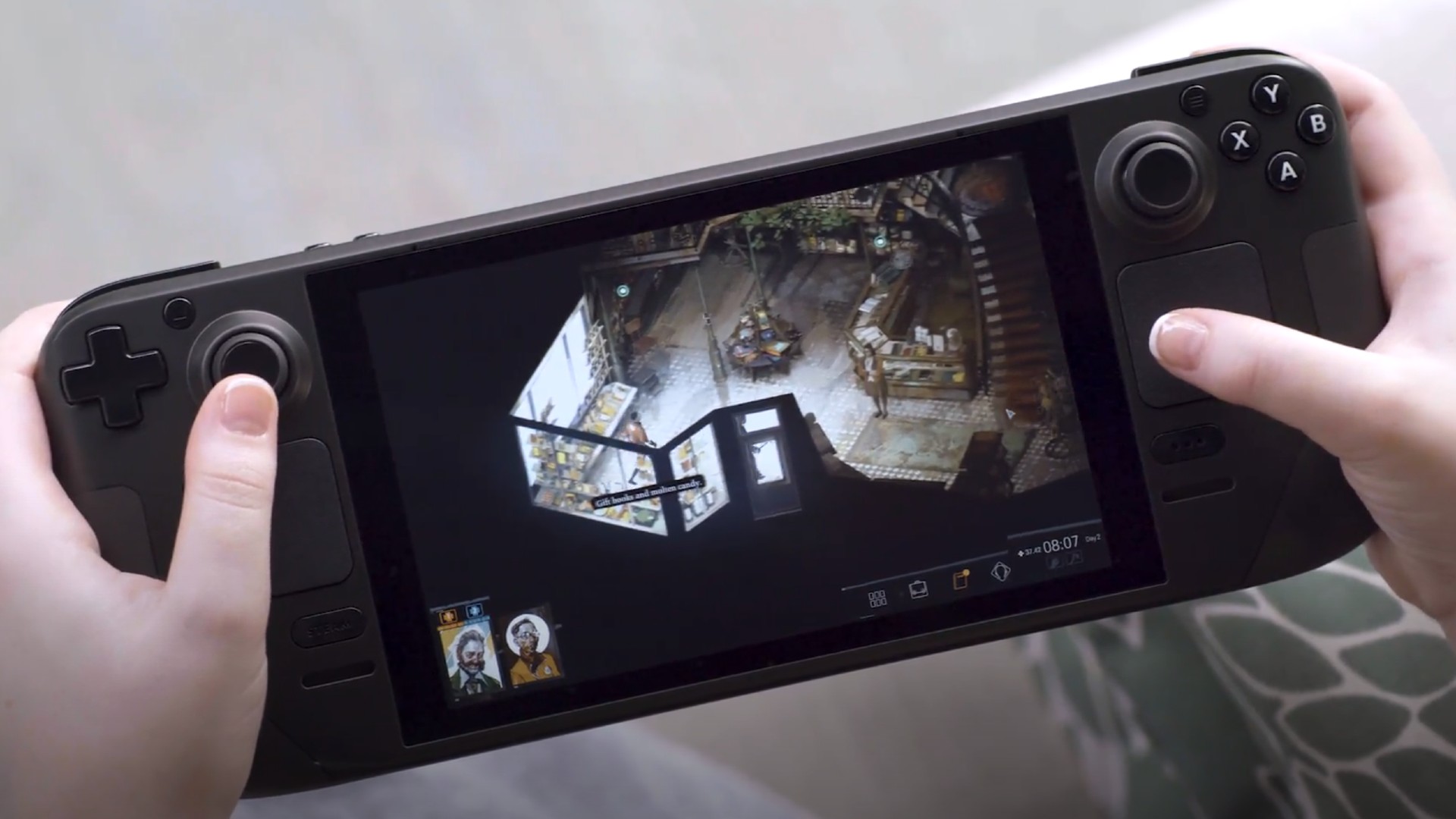 Valve’s Steam Deck pre-orders should start shipping in December, giving you plenty of time to get your collection of games sorted in preparation. Of course, it’s not going to be as powerful as a gaming laptop or PC, so we’ve rounded up the games most suited to the device in its handheld form – particularly ones that scale well with the device’s small 7-inch screen and boast PC controller support for the Steam Deck’s built-in controls.

We haven’t seen any benchmarks of the custom Zen 3 and RDNA 2-based APU, but Valve says the Steam Deck should be able to run most PC games at a minimum of 30fps at the screen’s native 800p resolution. We’ll still have to wait and see whether it can handle the most demanding games, such as Cyberpunk 2077 or Microsoft Flight Simulator.

You’ll be able to easily install Windows onto the device if the built-in Linux OS isn’t to your liking, granting you a much larger library of games. For that reason, we’ve also included some games that won’t be playable out of the box, until you install a Windows OS. Whether it’s a game that can occupy you for a few minutes, or one that keeps you entertained on the longest flight, the Steam Deck looks like it has the pixel-pushing power to keep you entertained.