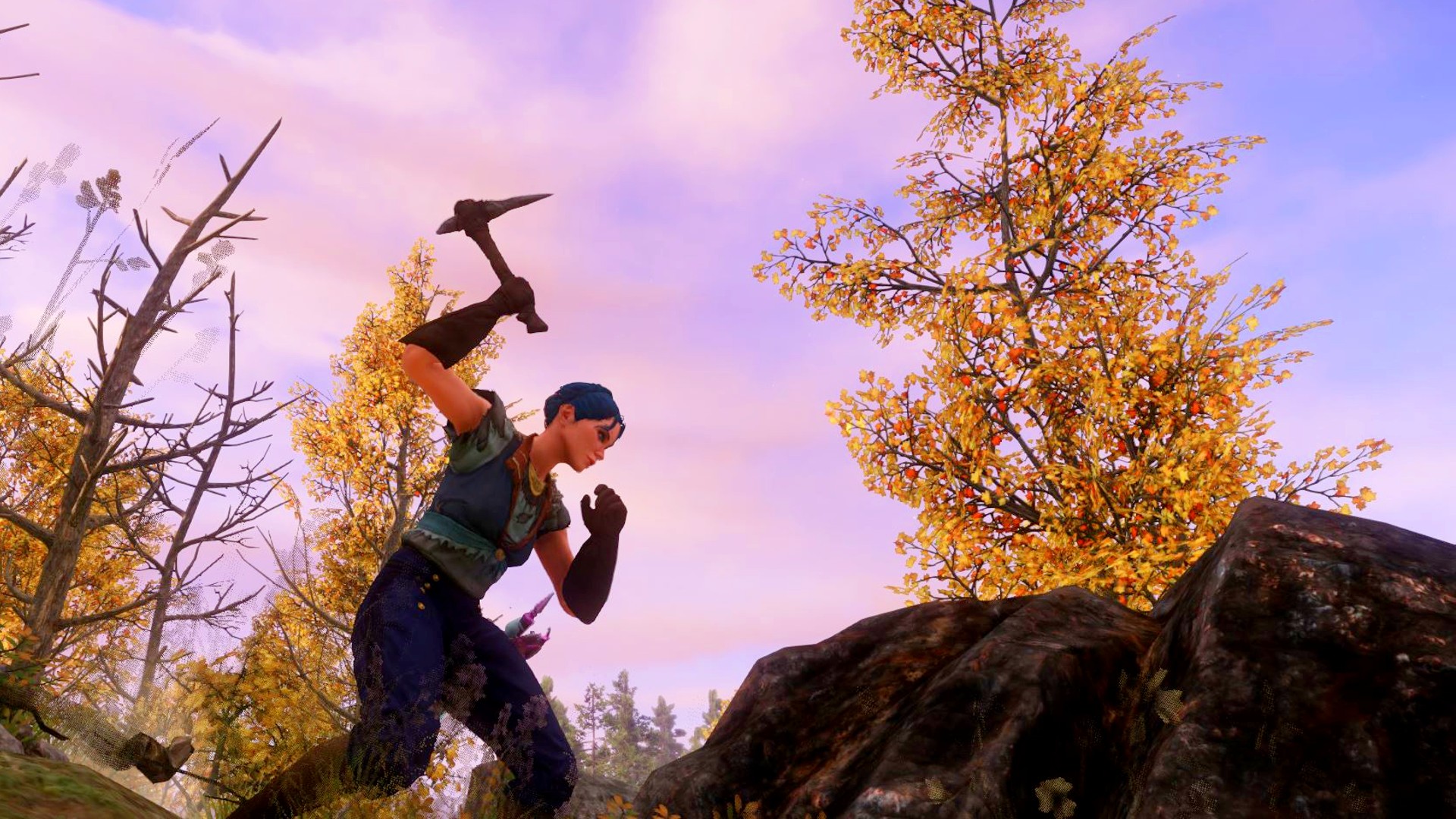 Looking for New World fae iron? According to the new MMO game’s lore, fae iron is iron “tinged with a dark, magical essence”. It’s an uncommon tier two metal used in refining and smelting. You can get fae iron in exactly the same way as regular iron: mine an iron vein with a pickaxe. There’s a small chance that you’ll receive fae iron instead of normal iron. However, this is exceedingly rare and without using modifiers to tip the scales in your favour, there’s little chance you’ll get one out of the blue.

According to the Brave New World fansite, you have zero chance to obtain fae iron from iron veins without boosting a modifier called ‘mining luck’. Fortunately, there are several ways to boost your mining luck in New World, which we’ll explain below.

If you’re not looking for the coveted fae iron and instead want to know all the best iron ore locations so you can level up your trade skills, craft the best New World weapons, and perhaps make money at New World trading posts, we’ve got you covered. Here’s everything you need to know about mining iron ore and fae iron in New World.