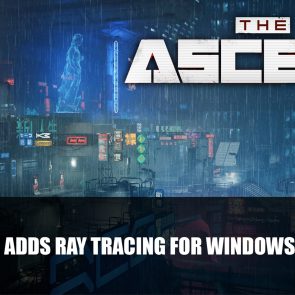 A new patch has released for cyberpunk-themed Action-Shooter RPG The Ascent adds ray tracing and other bug fixes.

The latest patch for The Ascent has added a number of changes for PC players. Those who are playing on Windows 10 or Xbox Game Pass may have noticed that there is no ray tracing option available even though on Steam there is. Developer Neon Giant has now added this feature with the new patch along with improved NPC loading times, CPU performance mode and more.

You can check out the full patch notes below which were posted on Steam:

For more news be sure to read next Genshin Impact Gets New Trailer Featuring Yoimiya. Get a rundown of recent RPG news here in Top RPG News Of The Week: August 8th (Elden Ring, Diablo 2 Resurrected, New World And More!).