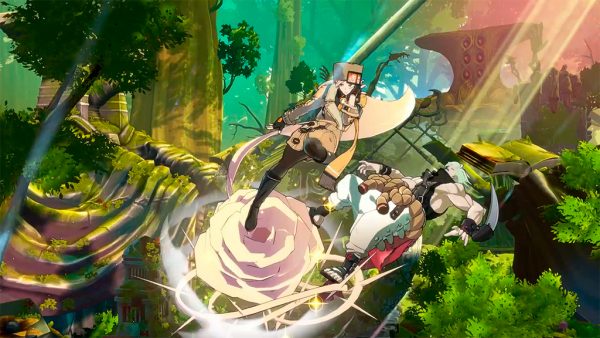 Bandai Namco and Arc System Works have revealed the Guilty Gear Strive story trailer today, ahead of the game’s launch in June.

Fighting games stories are typically off-the-wall, hyperactive nonsense – and any Guilty Gear veteran will tell you this series is no different.

Still, players typically only want an excuse to see electric match-ups, take a tour of all the stages, and have a reason to go all-out with their chosen characters when it comes to single-player modes in fighting games… and it looks like the eighth mainline installment in the series is going to give you all that and more.

We get a look at a couple of the major players in the Guilty Gear story trailer, including Ky Kiske and Leo Whitefang, but the whole thing seems geared to offering something of a conclusion to the story of the perennial series mascot and ludicrously-named Sol Badguy.

The game will launch with 15 playable characters, and more are due to arrive in the title as time goes on, too. The story trailer above, courtesy of Arc System Works’ Youtube account, gives you an overview of what most of these characters will be doing in the narrative, but there are also some fighters in the roster because they’re just chaotic and weird. Isn’t that right, Faust?

Watch the above trailer with caution if you want to avoid spoilers, of course. If you’re after something a little bit less spoiler-y, we’ve put together a reel of all the overdrive moves in Guilty Gear Strive which you can watch below instead.