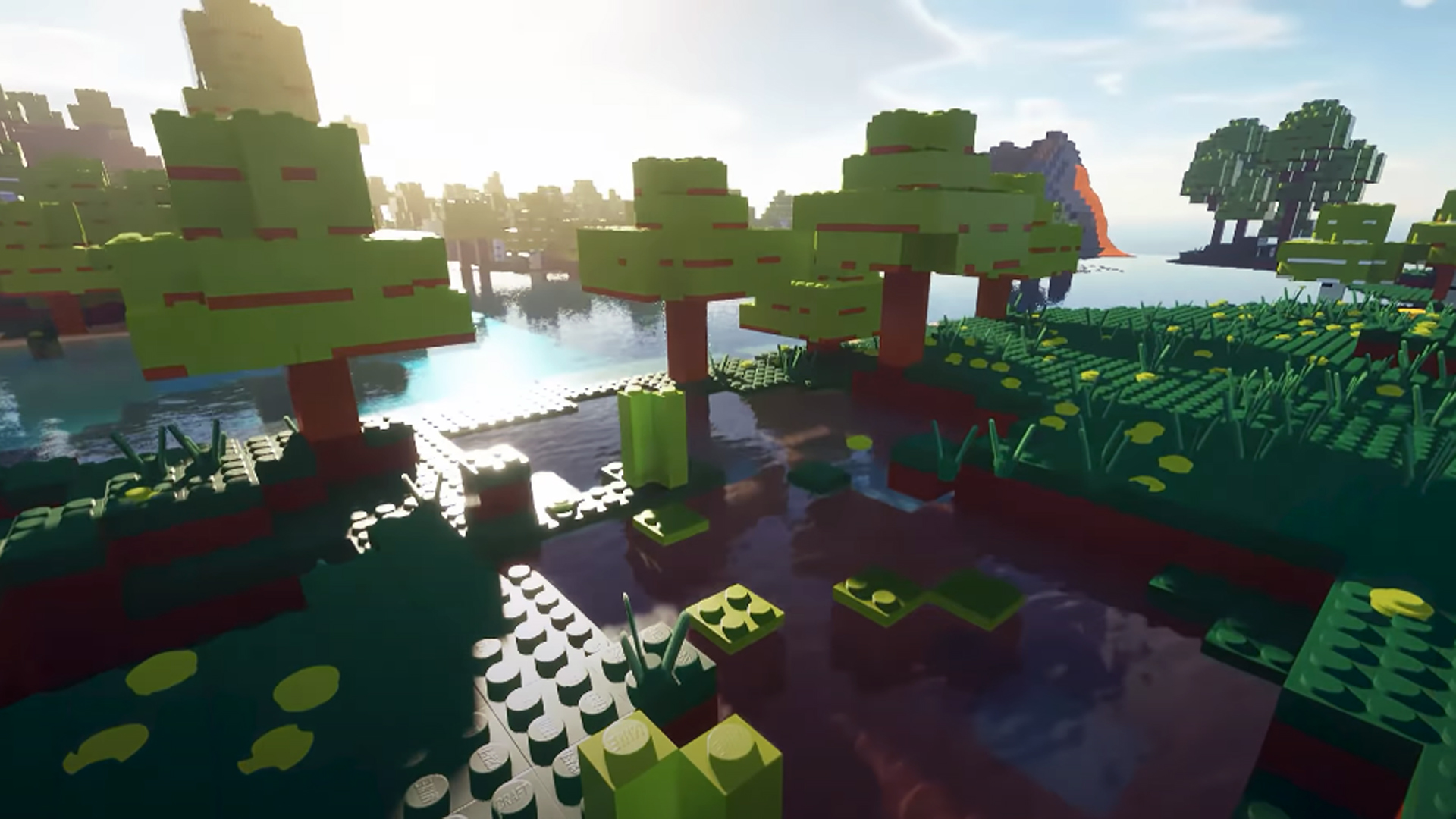 The MineBricks texture pack for Minecraft (thanks, PC Gamer) by Macio6 Productions released its first version at the beginning of this year and is now at version 5. Aside from just general improvements, the current release adds posters that look like stickers for that proper miniature LEGO effect.

The LEGO mod is recommended for use with the awesome SEUS shader that adds wonderful ray tracing, and you’ll need the Optifine mod too to add HD texture packs more easily. Once installed the difference is startling, as it really does transform every single Minecraft block into a chunky plastic-looking LEGO brick – complete with those little circular knobs on the top, although Macio6 has cleverly branded them “mine” rather than “LEGO” for obvious copyright reasons.