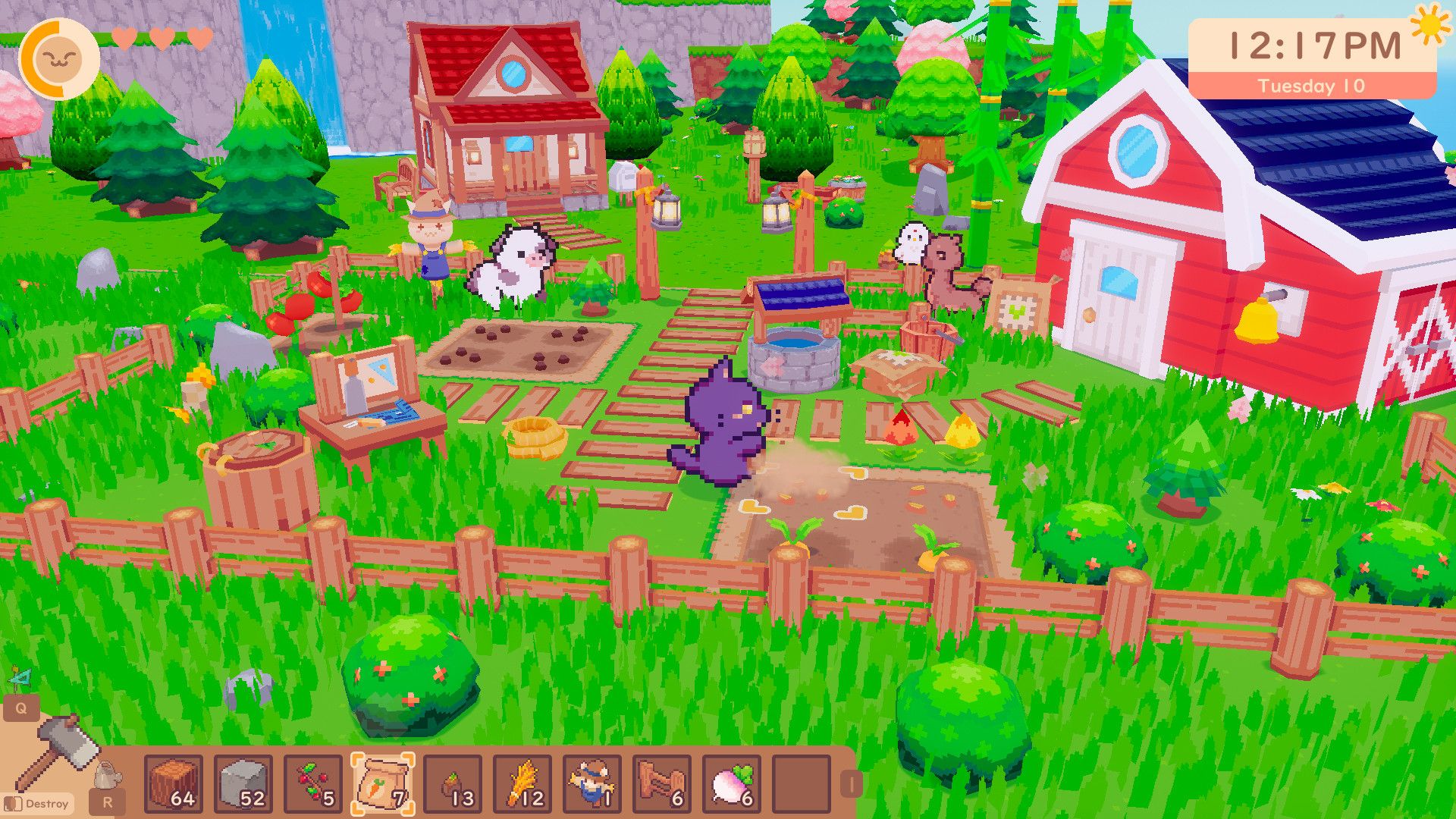 There’s a new farming game on the way that’ll have big appeal for Stardew Valley and Animal Crossing fans alike – especially ones equally fond of our four-legged feline friends. Developer Bluecurse Studios and publisher Armor Games have just unveiled Snacko, an upcoming farm adventure sim all about two cats that want to start a new, idyllic life on a mysterious island, which is headed to PC (and Switch) next year.

In Snacko you’ll get to set up a farm and try to restore life to the land on this island, which is under the hold of a ancient curse. Similarly to Stardew Valley, the player character – a cat called Momo – has decided that the nine to five grind in the city isn’t for them, hence the move, and so they spend their time farming, fishing, building, and trying to solve the mystery behind the curse instead, along with their buddy Mikan. For this, you’ll need to track down the island’s shrines to an ancient goddess to uncover its secrets and rebuild the island.

You’ll gather resources to craft furniture, buildings, and farming materials, and cook up the crops you’ve laboured over in the sunshine into tasty dishes of goodness. Over time, your community will expand as other critters decide they’d like a piece of the tranquillity you’ve discovered.