The post Scarlet Nexus Gets Live-Action Trailer Ahead of Launch appeared first on Fextralife. 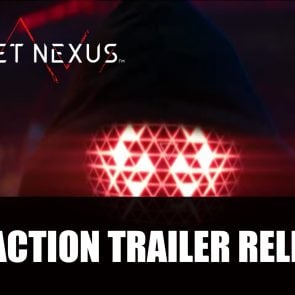 Bandai Namco have dropped a new trailer for Scarlet Nexus ahead of its launch. The trailer features a live-action depiction of the Action-RPG.

Scarlet Nexus Gets Live-Action Trailer Ahead of Launch

The latest trailer for Scarlet Nexus, the Action-RPG which is releasing this week features live-action. It previews the events of the in-game story, about a strange hormone found in the human brain that gives people extra-sensory powers. These abilities will be used to fight off the strange mutants known as the Others. These enemies seem to be falling from the sky, as “something big is coming”.

Previously a demo was released for Scarlet Nexus on Playstation consoles and is also available on Xbox consoles. If you want to know what our hands-on impressions are you can find them here in Scarlet Nexus Gameplay Demo Review: I Can’t Wait For More! Hands-On With This Genshin-Style JRPG.

In case you missed it, Scarlet Nexus is described as a “brain punk” action role-playing game that features a dual narrative that follows two protagonists Yuito Sumeragi and Kasane Randall, who both have psionic powers to fight off the Others. Scarlet Nexus promises fast-paced combat, with an anime art style aesthetic, not too dissimilar to that of Code Vein.

Scarlet Nexus will release on June 25th on PC via Steam, Playstation 4, Playstation 5, Xbox One and Xbox Series X|S. Don’t forget to drop by our Fextralife Twitch channel to watch us play this week!

For all the latest info be sure to check out our Scarlet Nexus wiki. For more news find it here in Microsoft’s Special Cyberpunk 2077 Refund Policy Finishes Early July and Genshin Impact Gets New Trailer Featuring Kaedehara Kazuha.

The post Scarlet Nexus Gets Live-Action Trailer Ahead of Launch appeared first on Fextralife.