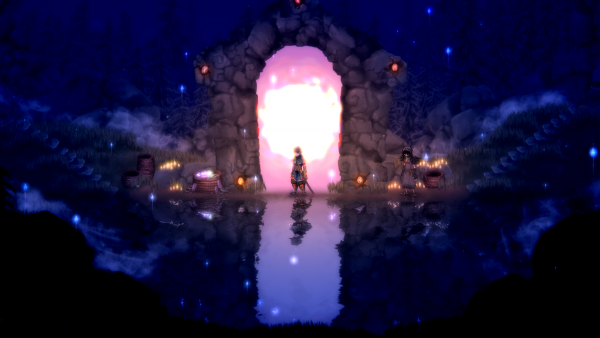 Ska Studios, the developer of the souls like platformer Salt and Sanctuary, has announced the sequel, Salt And Sacrifice.

Salt and Sacrifice was announced during Summer Game Fest today.

In the game, the Alterstone Kingdom has criminals facing two choices for their punishment: death or service. Most opt for execution, but “a brave few” choose to live life as Marked Inquisitors who are tasked with hunting Mages.

You will be able to choose from one of eight starting classes — Highblade, Paladin, Assassin, Cleric, Dualist, Fighter, Ranger, or Sage — then partake in the Magebane Rite and come away Spellmarked which puts you in a flux state between life and death.

In the game. you will roam eerie villages, tomb temples, and swamp kingdoms in single-player or drop-in drop-out online co-op. Tracking down over 20 types of Mages, you will wield grappling hooks and pursue them, then slay them in brawler-style side-scrolling combat.

Pillage the remains of Mages to craft new equipment with Runic Arts, and you will earn new abilities. There will also be melee weapons, ranged weapons, protective armor, and charms to find.

You can also join multiplayer factions, including the cooperation-focused Dawnlight Order and the player-killing Shroud Alliance.

Salt and Sacrifice is coming to PlayStation 5 and PC Q1 2022.

The post Salt and Sacrifice coming to PlayStation 5 and PC in Q1 2022 appeared first on VG247.