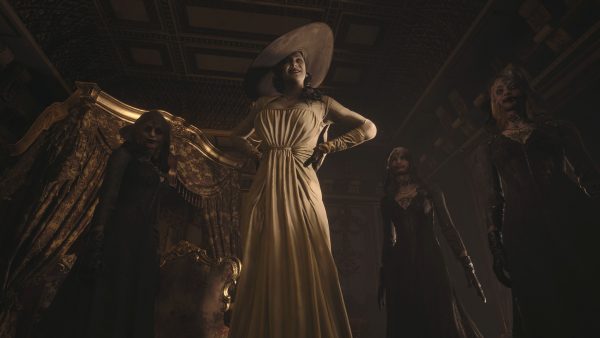 If you’ve been keeping up with Resident Evil Village news and gameplay reveals, or if you managed to play the demo yourself, you’ll no doubt have noticed that the game leans a little more towards action compared to its predecessor.

Village is, of course, a continuation of the story of Resident Evil 7, and an expansion to the first-person gameplay mechanics that game introduced. But one thing Capcom didn’t want to replicate was just how tense and terrifying that game was at all times.

Speaking on the Axios Gaming newsletter (via VGC), Village producer Tsuyoshi Kanda revealed that a common point of feedback from Resident Evil 7 players was that the game was often too scary.

“Some of the feedback we received regarding [RE7 was] that it was too scary to play,” said Kanda. “In one regard, that’s exactly what we were striving for, so it’s a huge compliment for us.

“But at the same time, it’s always our goal to create something that anybody can feel comfortable jumping in and playing, so we eased up on the tension curve [in RE Village] relative to Resident Evil 7: Biohazard, so that players aren’t in constant fear.”

Kanda added that the team’s goal with every new Resident Evil isn’t to simply one-up its predecessor in the scares department, but to create a fresh balance of tension and action that makes sense for the game.

“Something we also always have to pay attention to is the tension curve,” he explained. “We also find that people grow immune to fear if they’re consistently pitted up against a tense situation or environment.

“Those moments of solace act as a buffer to make sure that people aren’t completely desensitized to the horror. The save rooms that you often see in many ‘Resident Evil’ games is a great example of that, where players can take a deep breath and know that they are safe.”

If you’re interested in learning how this new approach factors into the full game, look forward to our Village review in a few hours. Resident Evil Village releases Friday, May 7 on PC, PS4, PS5, Xbox One, and Xbox Series X/S.

The post Resident Evil Village won’t always be as scary as RE7 thanks to player feedback appeared first on VG247.