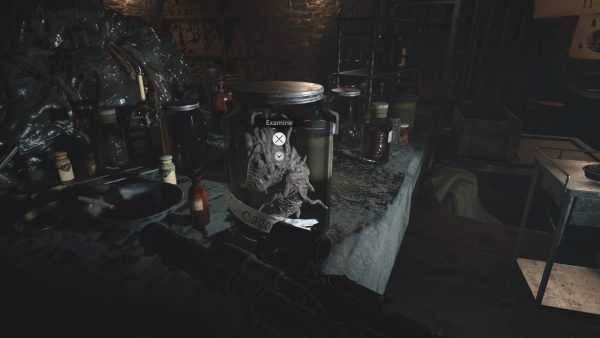 To understand the story of Resident Evil Village, you need to be familiar with a few key concepts. Unfortunately, if you missed out on collecting clues earlier on, some of the late-game revelations can seem a little disjointed. For example, a lot of players seem to be getting tripped up on just what the Cadou are.

Before we begin, consider this your spoiler warning for Resident Evil Village. This article is primarily focused on lore and backstory rather than the events of the game itself, but if you want to go into your playthrough completely fresh, do not read any further.

Resident Evil Village: What are the Cadou?

The Cadou get referenced a lot towards the end of the game, which can seem weird considering they only have a couple of real on-screen appearances: 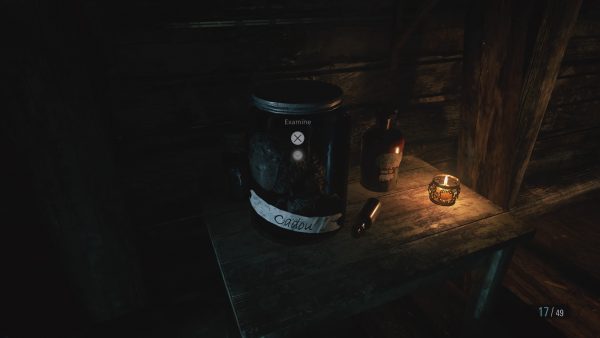 It’s some biological-looking goop in a jar. So far, so Resident Evil environment dressing, am I right?

Well, as it turns out, you’ve actually been seeing the Cadou very frequently during your time in the village. You just might not have realised it.

To put it simply: Cadou Parasites are the cause of the many mutations you might have noticed cropping up among the population of the titular village.

While officially unconnected to the t-Virus (as far as we know at the moment), the Cadou Parasites serve more or less the same basic function as the various viral agents that kicked off the plot of many a classic Resi game. 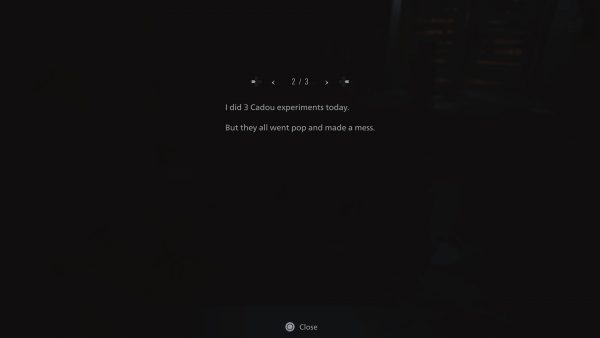 Also, “cadou” means “gift” in Romanian (by way of the French word “cadeau”). This is interesting not only from a trivia standpoint, but because it gives us a glimpse into the mindset of the characters responsible for the propagation of Cadou Parasites.

But to really get your head around that, you might need a slightly longer answer.

Once again, just to be very clear: spoilers ahead.

As you might expect, responsibility for the creation of the Cadou Parasites lies with the game’s main villain: Mother Miranda.

Her discovery of a fungus root she dubs “Megamycete” seems to have been a stroke of good fortune (from her point of view, anyway). However, the extensive experimentation she performed — which involved extracting Mold samples from the fungus and eventually splicing them with a parasitic nematode to form a genetically-engineered organism — was obviously quite deliberate.

These genetically-engineered organisms were, as you’ve probably guessed, the Cadou Parasites. Introducing them to human subjects in this fashion seems to have had a higher survival rate, and is the reason why so many people in the village have some very unusual mutant traits above and beyond the usual zombification. Why the most outlandish and controllable of these mutations seem to favour the nobility above the village’s humbler residents is less clear. 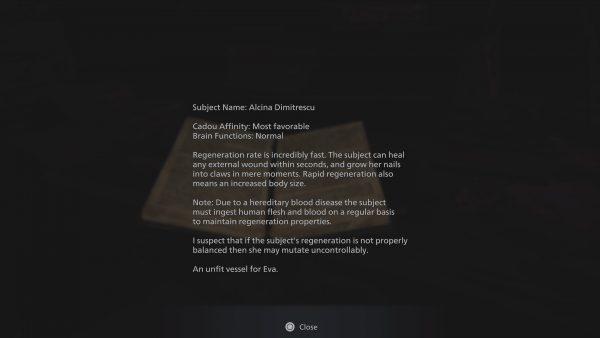 Also — despite the fact that it was referred to as “Mutamycete” in the English-language version of Resident Evil 7 — it seems that the Mold in its unspliced form is the same stuff that caused Ethan and Mia so much grief back in Louisiana. In fact, it’s hinted that it might be the raw base form of just about every nasty bioweapon seen throughout the franchise… but that’s probably a story for Resident Evil 9.

So there you have it: a short history of the Cadou. You don’t need to know any of this to actually finish playing the game, but if you weren’t quite sure what the hell was going on, hopefully this has cleared things up for you a bit.

For more on Resident Evil Village, check out our review.

Or you can begin at the beginning with Part 1 of our Resident Evil Village walkthrough.

The post Resident Evil Village | What are the Cadou? appeared first on VG247.