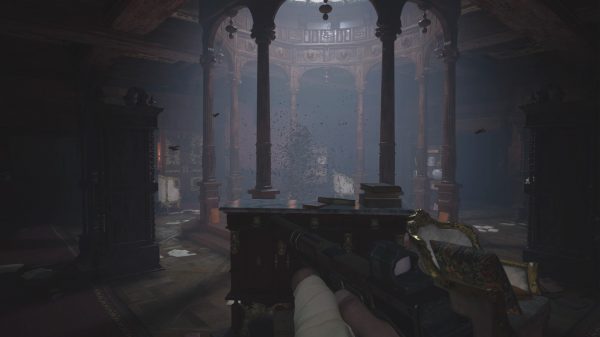 After tickling the ivories downstairs, the next part of Resident Evil Village takes you through the Iron Insignia door above the Opera Hall and into the Library.

You can either go through the now unlocked door on the ground floor next to the piano, or head back upstairs onto the balcony and cross the landing.

As you approach the Iron Insignia door however, the castle matriarch will appear. Turn tail and run in a loop around her – either back downstairs and through the door you unlocked on the other side of the room, or up and across the balcony – depending on which way you chose to go.

When the Iron Insignia door creaks open, you’ll be in the library. 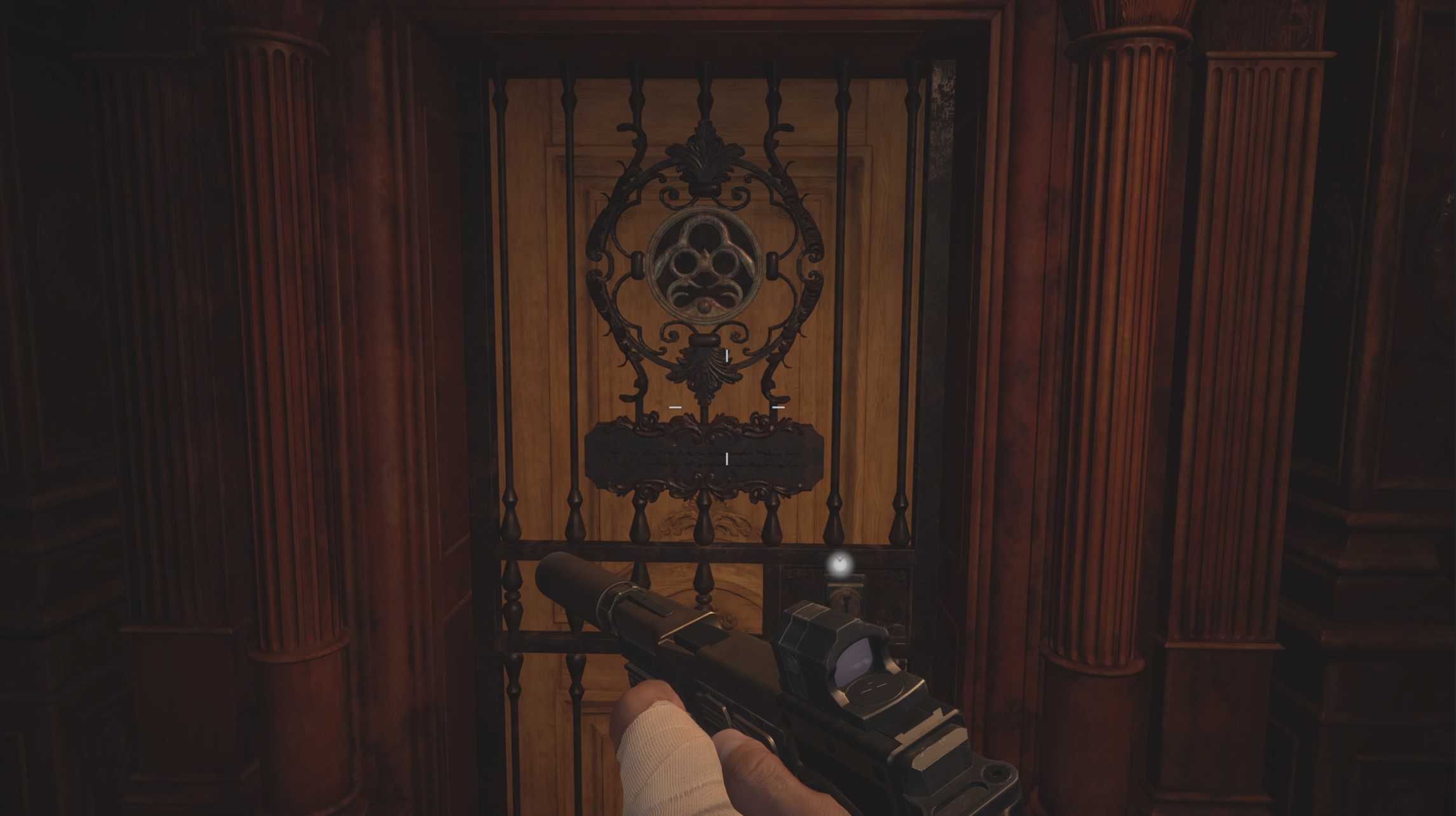 In this next room, you’ll be beset by another of queen vampire’s buggy daughters, who uses her swarming flies and sickle to skewer you. 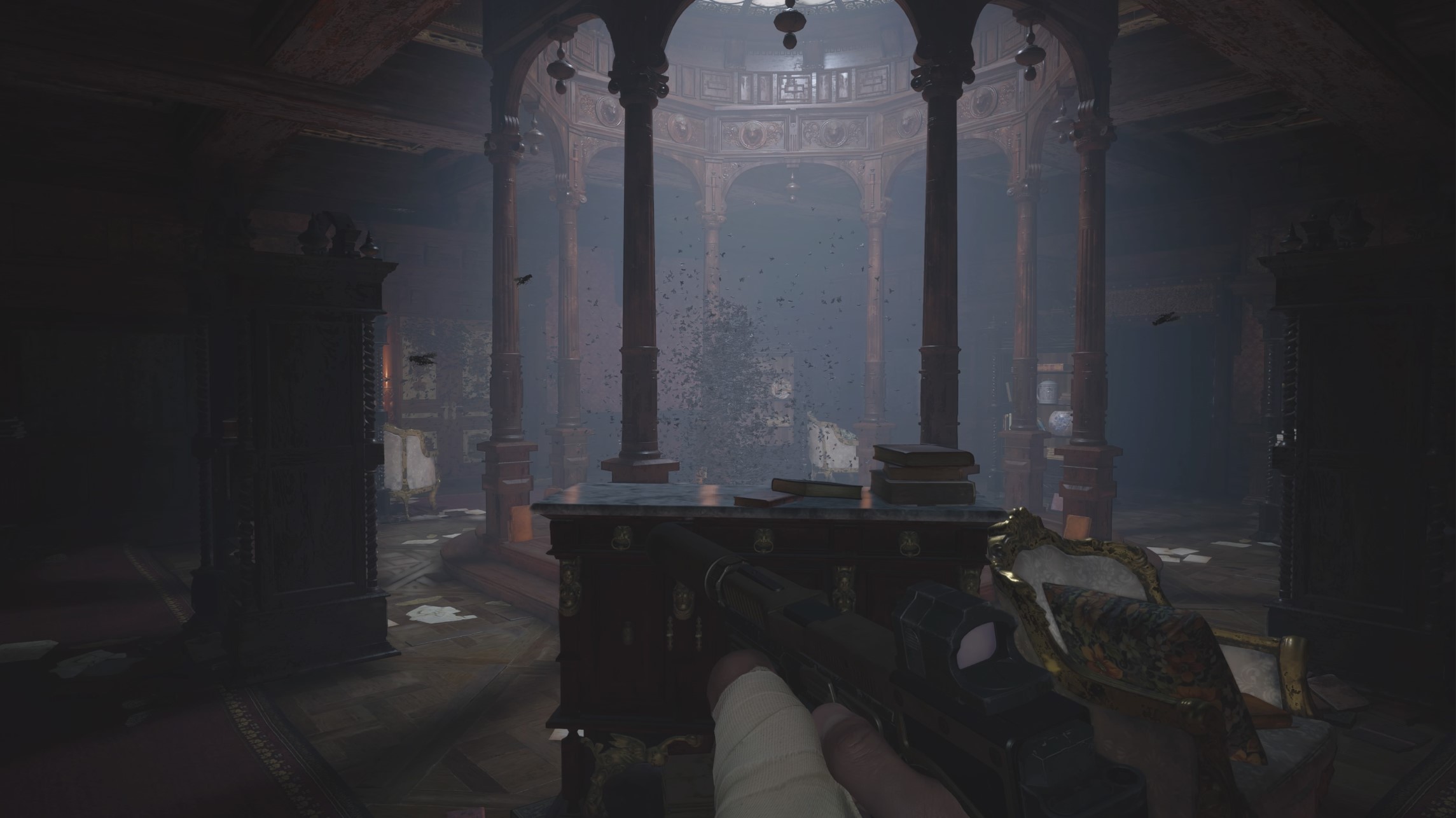 This time, defeating her isn’t as simple as shooting open a window.

Look above you in the ceiling of the library, and you’ll see a skylight. From where you entered the Library, run around to the other side of the skylight and pull the lever to let the cold in. 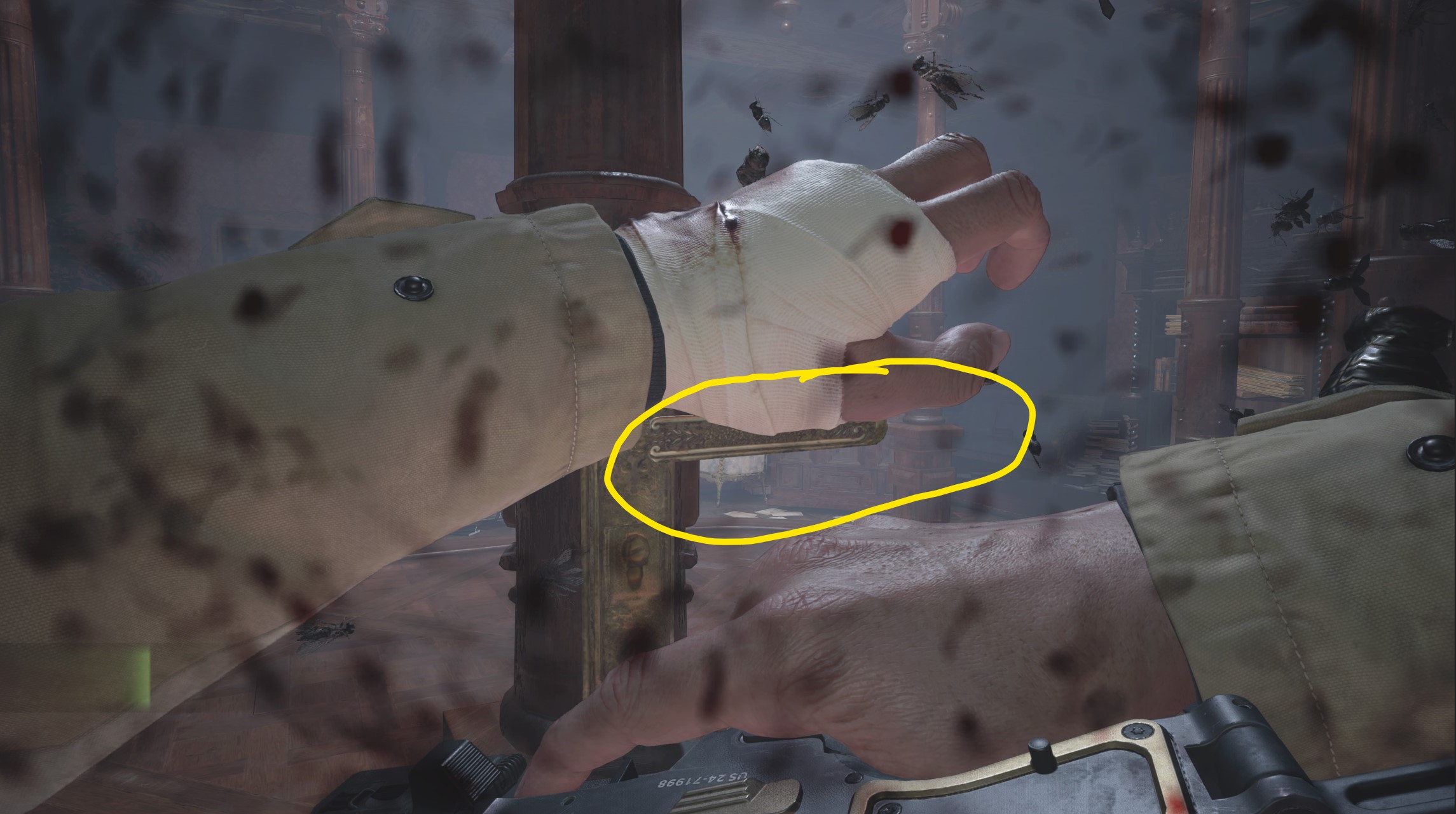 From the notes in the Opera House, you now know that the flies which make up the daughters’ bodies are susceptible to the cold, wintry climate of the village – slowing them down enough to be hit by knives and bullets.

Pulling the skylight lever weakens the daughter to the point where you can shoot her and deal damage. 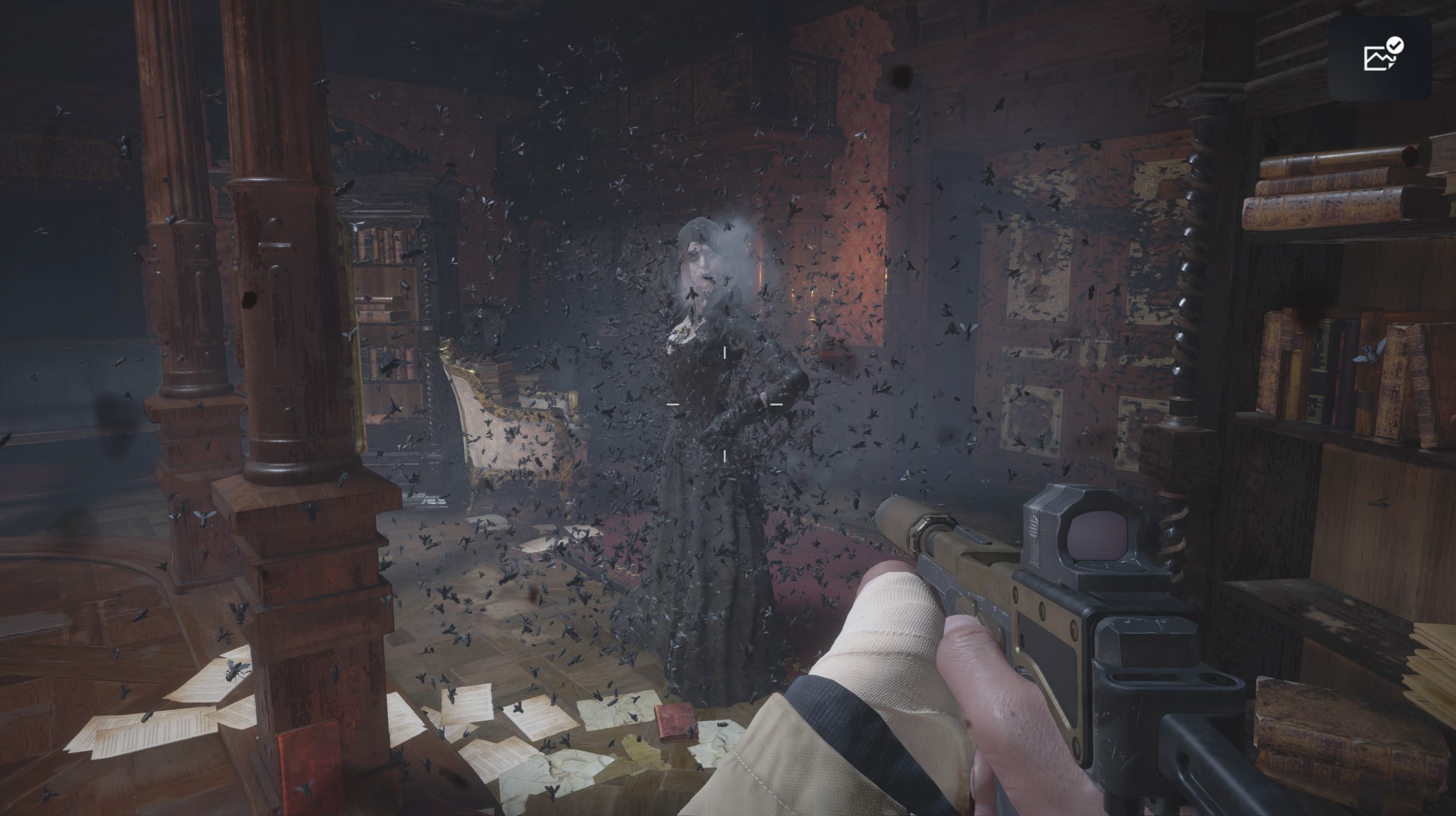 After a short while however, the lever will reset, so pull it again and fire at will.

To try and coax you away from the safety of the lever, the daughter will run and hide behind the bookcases in the room when she’s vulnerable.

Give chase and pursue her behind the bookcases to get your damage while you can – there are also bits and pieces of ammo to pick up around the room if you’re running short. 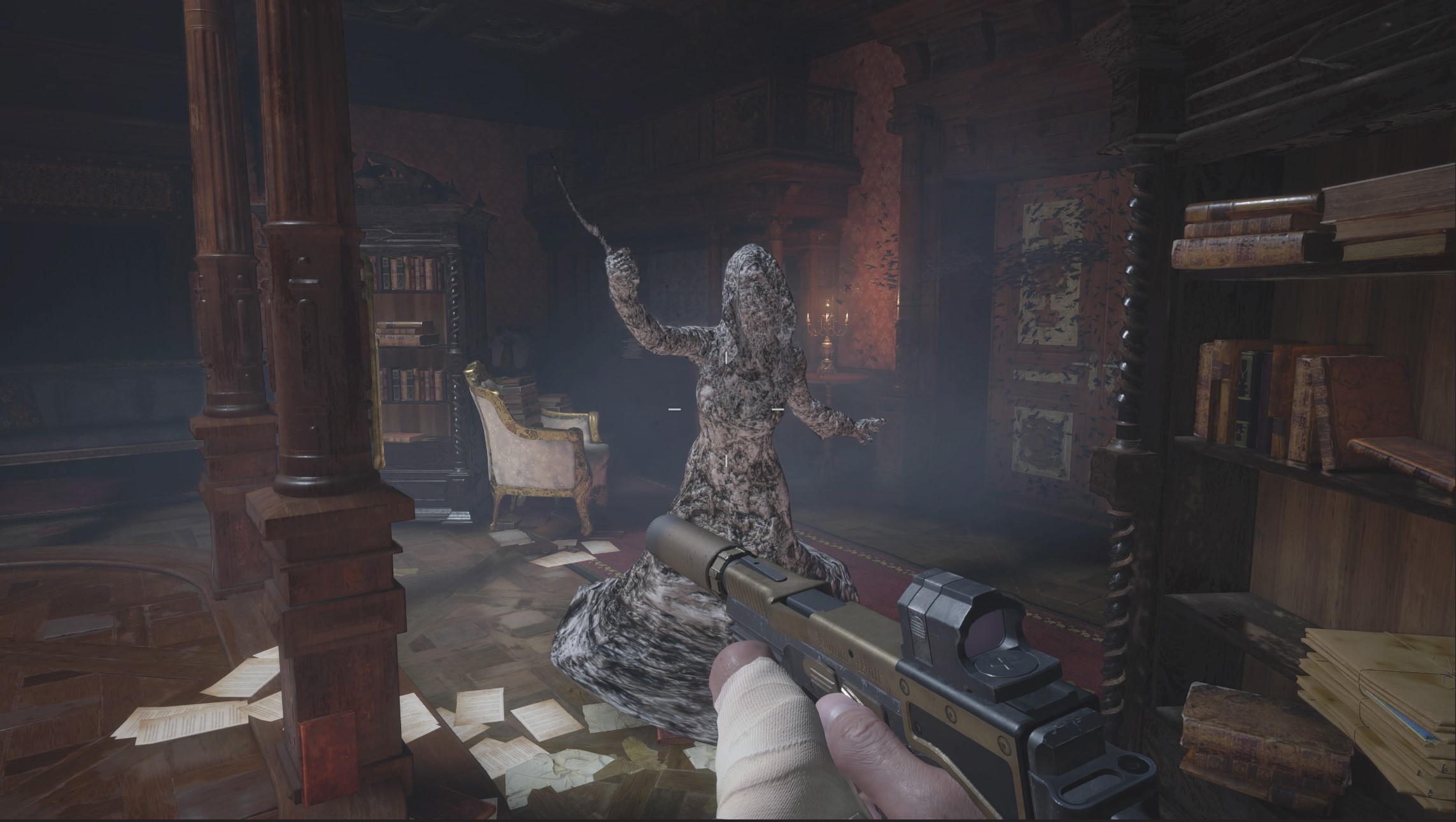 But remain mindful that you need to periodically pull the lever and she’ll eventually go down – leaving another Crystal Torso.

Before you leave, check the drawers and urns in the room for loot, then press on through the double doors to the Hall of Joy, where you’ll find the Mask of Joy. 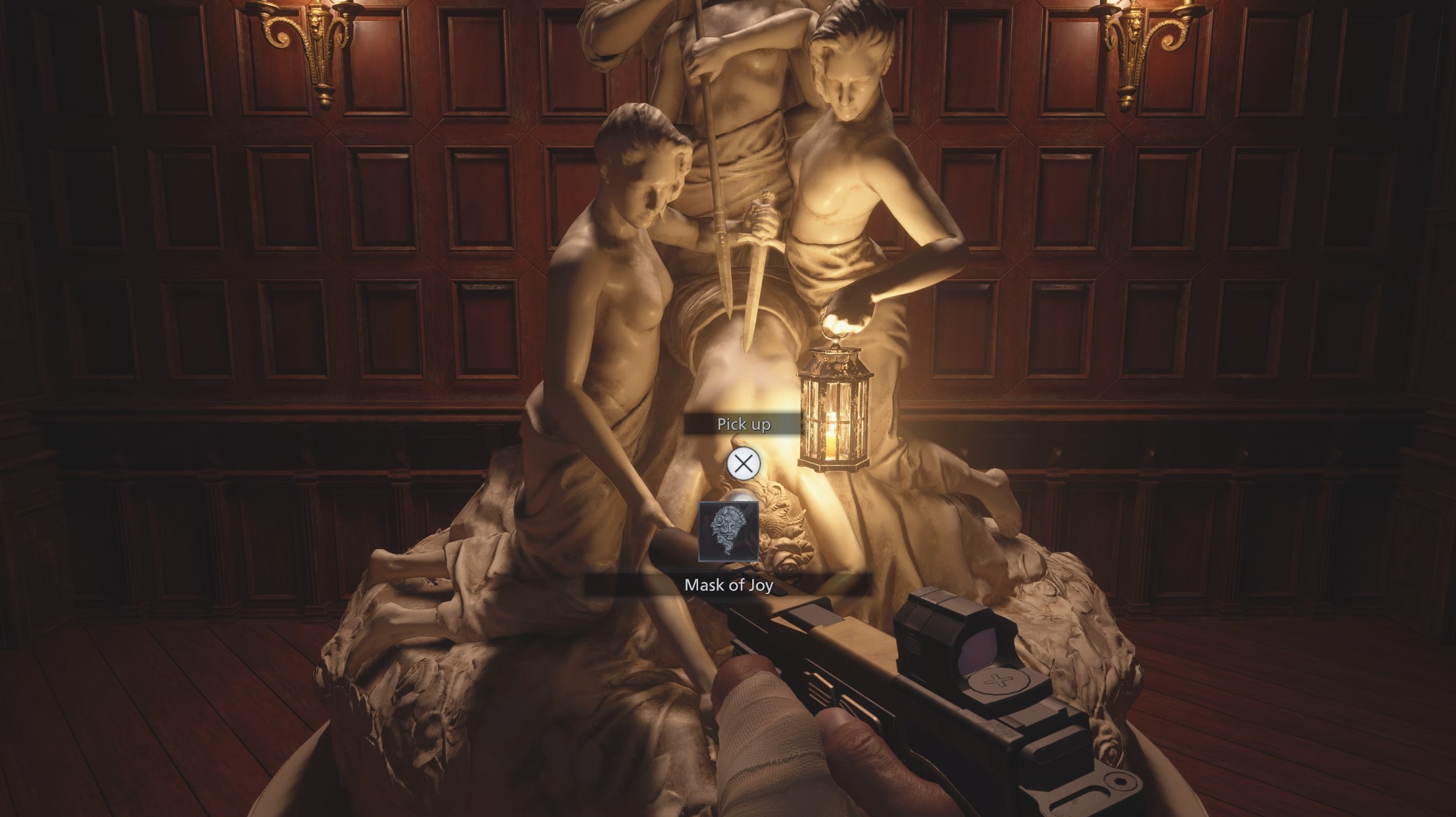 Then rather than unlock the door behind you to the main house, go left through the carved door into the Atelier where you’ll find your next devious puzzle. 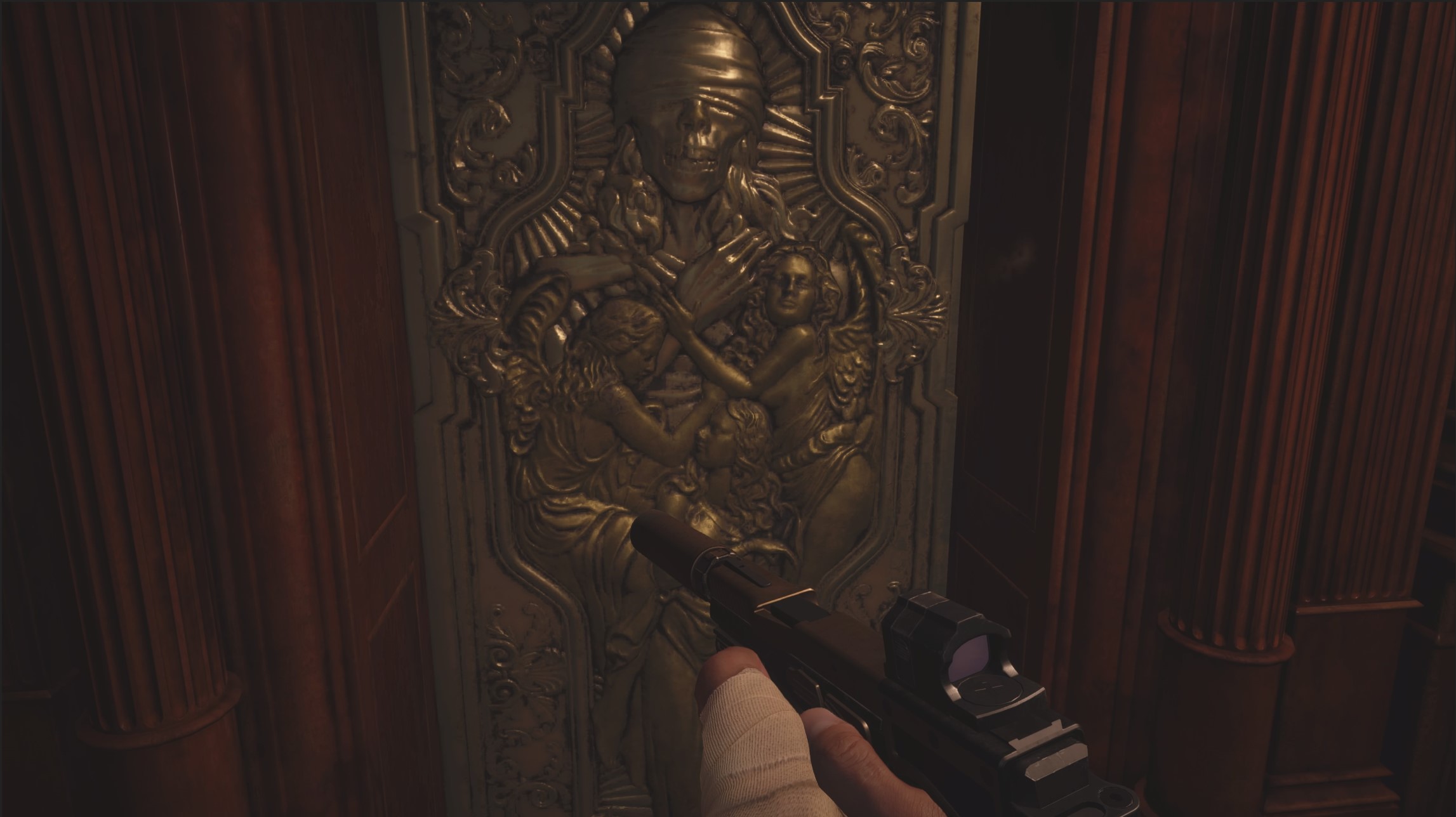