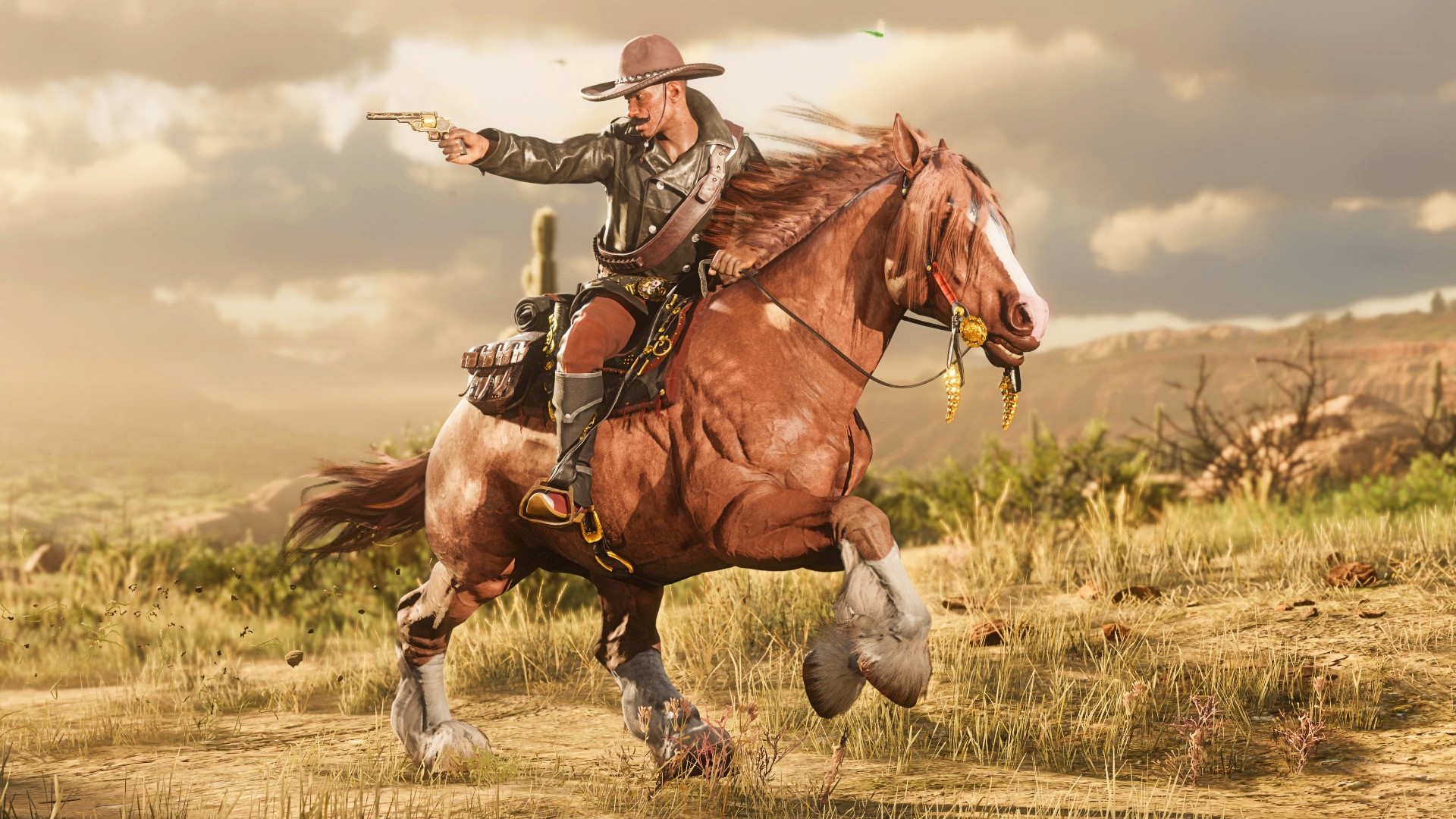 It’s Tuesday in the Wild West of Red Dead Online, which means it’s also reset day. Plenty of people have been mulling around throughout the day to see what’s on sale and what modes are paying out double. Rockstar has now dropped its newswire, though, so we have our official rundown – very exciting.

It’s a cracking week to rack up some dosh if you have an itchy trigger finger. The featured series for this week is hardcore Gun Rush, which pits you against foes in an ever-shrinking play area with no ability cards or tonics available to you. There are some scattered weapons, but that’s it. If you fancy bringing some cover in, you can also play hardcore Team Gun Rush.

If you’re not the fighting sort, you can always chill out and wait for telegrams to roll in. If you complete any of them, you’ll snag double the rewards alongside a free treasure map. If you’ve been out of the loop, telegram missions are similar to mobile missions from GTA. The technology is a bit of a barrier, but you still do tasks for a stranger when they ask.