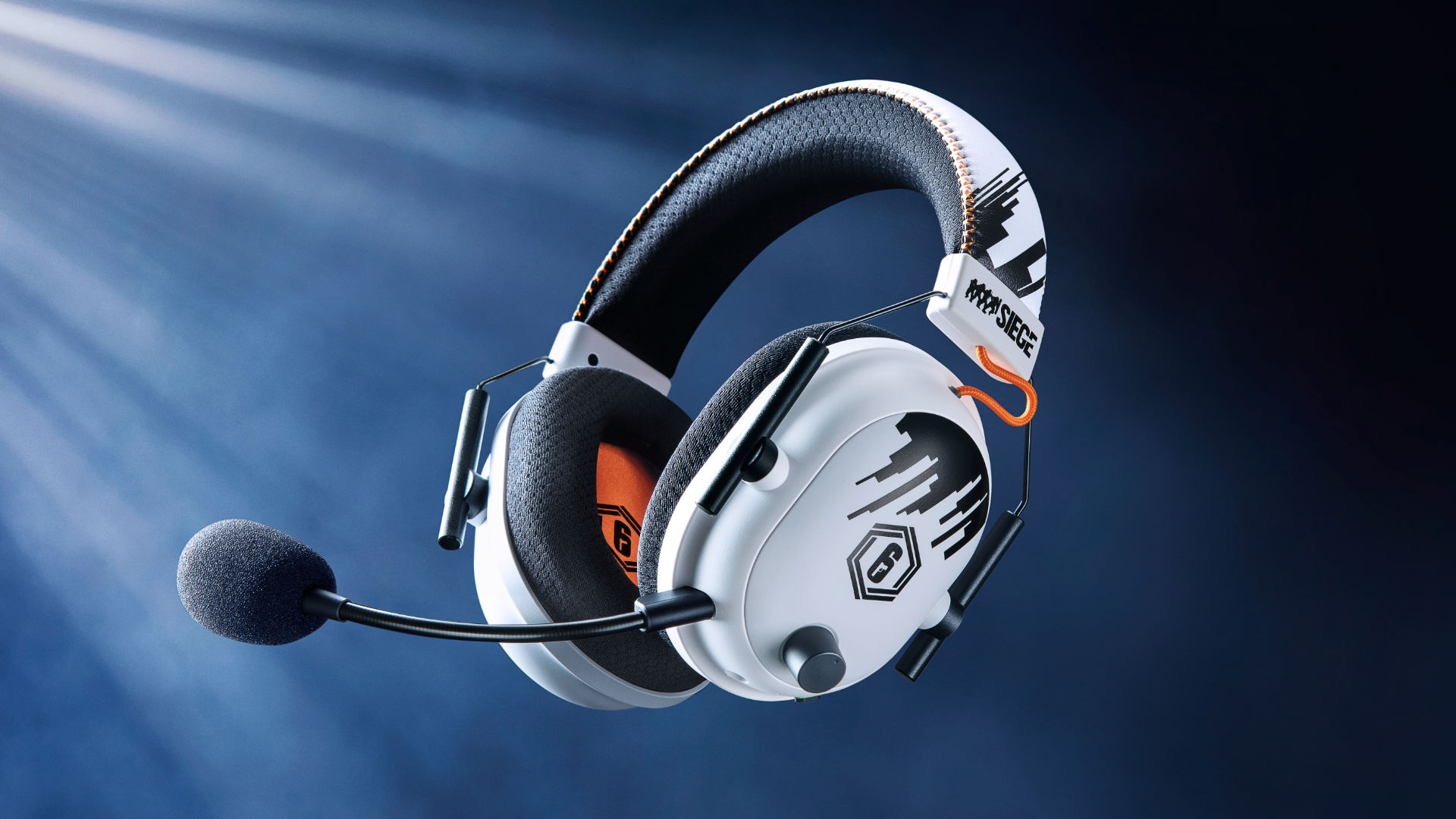 While we currently consider the standard Razer BlackShark V2 the best gaming headset on the market, there’s a Pro version if you’re willing to pay extra for wireless functionality – and it’s now getting a new coat of paint. The brand has teamed up with Ubsoft for the Razer BlackShark V2 Pro – Six Siege Special Edition, modelled after the Rainbow Six esports scene.

The differences are only skin-deep, doing away with the matte black design adorned with the snakehead logo in favour of a white pattern with a black Six logo and orange accents. Aside from the aesthetic changes, it’s pretty much the same under the hood with 50mm drivers, THX Spatial Audio, 24 hours of battery life, and a Discord-certified microphone – although it’s worth noting that there’s a dip in mic quality when moving from a wired to a wireless gaming headset.

It carries a $20 premium over the original MSRP, with a $199.99 / £199.99 price tag. You can probably find the standard BlackShark V2 Pro below its list price at this point, though, so it’ll depend on how much you like the Siege reskin.