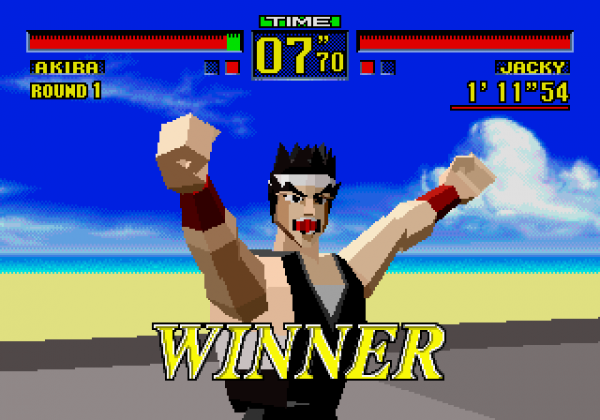 It looks like Sony’s PS Plus June 2021 plans will include Virtua Fighter 5: Ultimate Showdown, as well as Star Wars: Squadrons.

PlayStation Plus members may be in for a stellar June. According to a new report from Areajugones [Spanish], Virtua Fighter: Ultimate Showdown is set to be one of the three PS Plus titles coming to the subscription service in June.

Back in April, we saw art and a title for the upcoming ‘Virtua Fighter esports’ game get published accidentally on PSN. It stands to reason that this is the game Sega has been working on behind-the-scenes for a little while (the publisher intends to reveal it properly on May 27 in a special livestream).

If that’s not enough for you, the report goes on to name EA’s Star War: Squadrons and spy-themed adventure game, Operation Tango, as the other titles that’ll be arriving on the service in June, too.

Sony has yet to make any comments about the line-up for June 2021, but Areajugones has been on the money with some of its Sony-related reporting in the past (especially when it comes to PS Plus), so it’s likely there’s at least some truth to the report.

Better yet, there hasn’t been a proper release of Virtua Fighter 5 on the Xbox One/PS4 generation (the last game, Virtua Fighter 5 Final Showdown, came to PS3/Xbox 360 back in 2012), so Sega actually putting a proper version of the title out onto modern hardware will likely be a move well-received by fans.

Expect Sony to make an announcement about PS Plus June 2021 very soon.