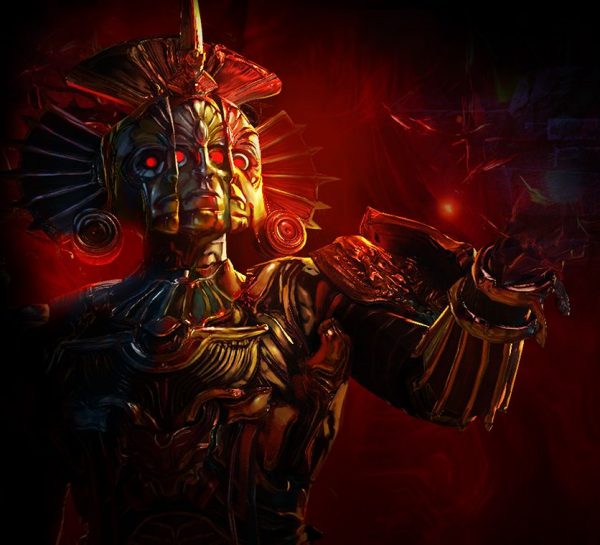 The latest expansion to the free-to-play Action RPG Path of Exile: Ultimatum is now available on PC.

Significant updates have been added with the Ultimatum expansion for Path of Exile, including the addition of the Trialmaster.

It also includes the high-reward challenges Inscribed Ultimatums which provide rewards to players.

There are also revamped reward systems as well as new Skills and Support Gems themed around blood and provide players with powerful skill advantages.

In support of the volume of content being brought with the Ultimatum expansion, Grinding Gear Games has released some content focused information over the past week:

When the Ultimatum expansion launched, there were some issues with the queue running slow. Slow to the point it took some players two hours to get into the game.

According to the game’s lead developer, Chris Wilson, the issue was caused by human error. This error caused a “trickle migration” not to be run causing the queue to be slow to empty. Because of this, the studio disabled migration but it kicked most of the players around every 10 minutes or so.

“This wasn’t good,” said Wilson. ” Aside from catastrophically ruining our launch day, it completely mystified us because we have been so careful with realm infrastructure changes. We thoroughly tested them internally, peer code reviewed them, alpha tested them and ran large-scale load tests up to higher player capacities than we got on launch day. We even went so far as to deploy some of the database environment changes to the live realm a week early to get real user load on them just in case. But yet it still imploded hard on release.”

As of today, server stability seems to have been fixed, but some players are still a bit perturbed because some streamers were able to bypass the slow queue, due to the fact some had been paid to play Ultimatum for two or so hours at launch (thanks, Eurogamer).

According to Wilson, Grinding Gear games had arranged to pay for two hours of streaming, and when the expansion launched, they ran into the login queue.

“This was about as close as you could get to literally setting a big pile of money on fire,” said Wilson. ” So we made the hasty decision to allow those streamers to bypass the queue. Most streamers did not ask for this, and should not be held to blame for what happened. We also allowed some other streamers who weren’t involved in the campaign to skip the queue too so that they weren’t on the back foot.”

Wilson admitted this move was “clearly a mistake,” and instead of offering viewers something to watch while they waited in the queue, “it offended all of our players who were eager to get into the game and weren’t able to.”

“It’s completely understandable that many players were unhappy about this,” said Wilson. “We will not allow streamers to bypass the login queue in the future. We will instead make sure the queue works much better so that it’s a fast process for everyone and is always a fair playing field. We will also plan future marketing campaigns with contingencies in mind to better handle this kind of situation in the future.

“It’s completely understandable that many players are unhappy with how today has gone on several fronts. This post has no intention of trying to convince you to be happy with these outcomes. We simply want to provide you some insight about what happened, why it happened, and what we’re doing about it in the future. We’re very unhappy with it too.”

The Ultimatum expansion will be coming to PlayStation 4 and Xbox One on April 21.

The post Path of Exile: Ultimatum expansion recently launched on PC, but not without issues appeared first on VG247.