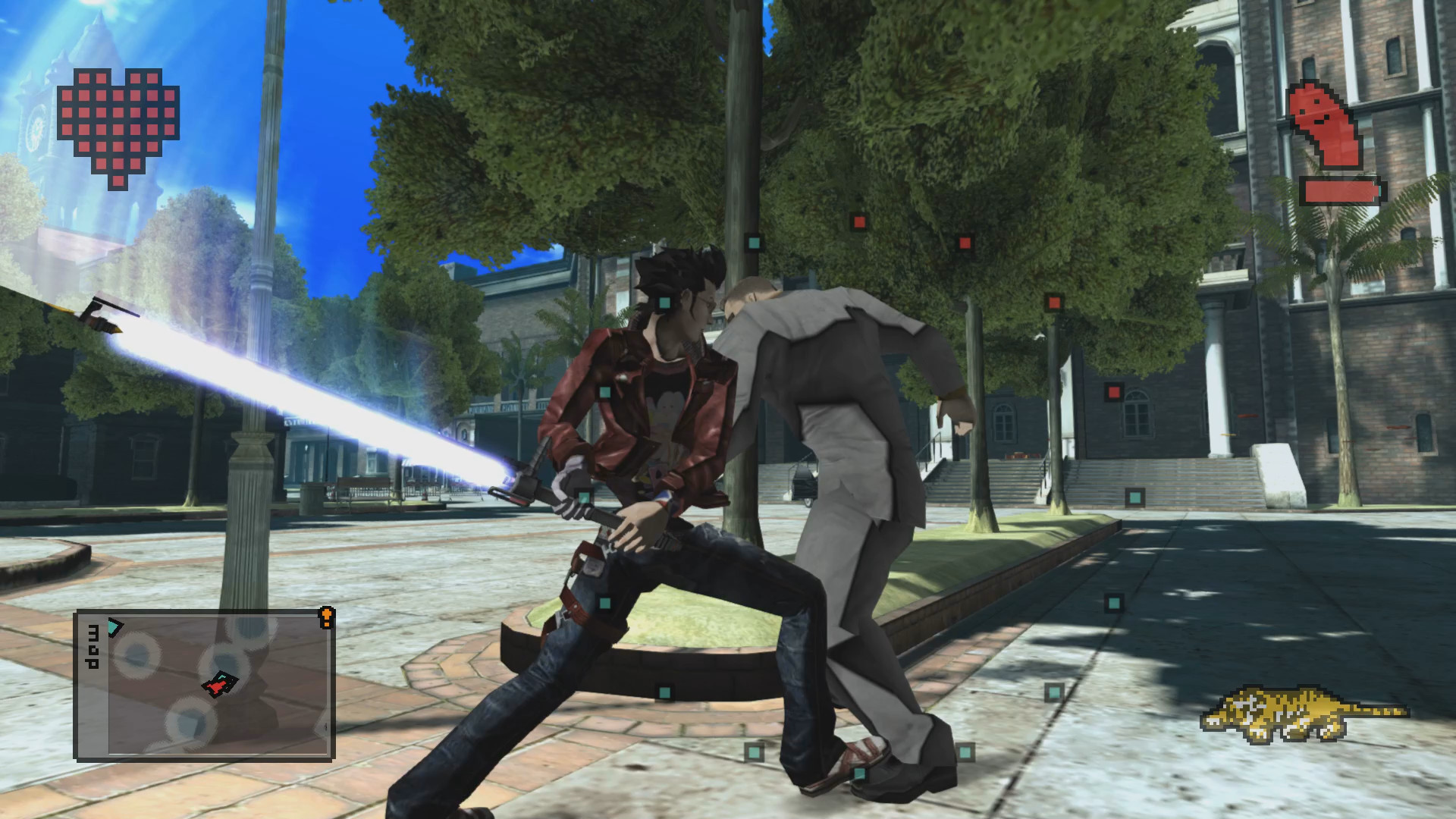 It’s just about time to pick up your trusty beam katana as Travis Touchdown, as Suda51’s comedy hack-and-slash action-adventure games No More Heroes and No More Heroes 2: Desperate Struggle are poised to launch on PC next week. Both games will launch on Steam June 9, giving PC players HD remasters of the Wii cult classics.

In both No More Heroes games, you’ll play as Travis, an “all-American otaku” who also happens to be a professional, lightsaber-wielding assassin. Suddenly faced with the prospect of being number 11 on the hitman leaderboards, Travis sets out to take out the competition, rising to the top by eliminating all 10 assassins who have ranked above him in the UAA.

Desperate Struggle sees the once-victorious Travis laid low – he’s slid to the 51st position on the leaderboards, and naturally must return to assassinating assassins to gain back his lost fame. In between the intense fights and off-the-wall dialogue, you’ll find 8-bit minigames to play that can help you earn more money that can be used to give Travis more power.