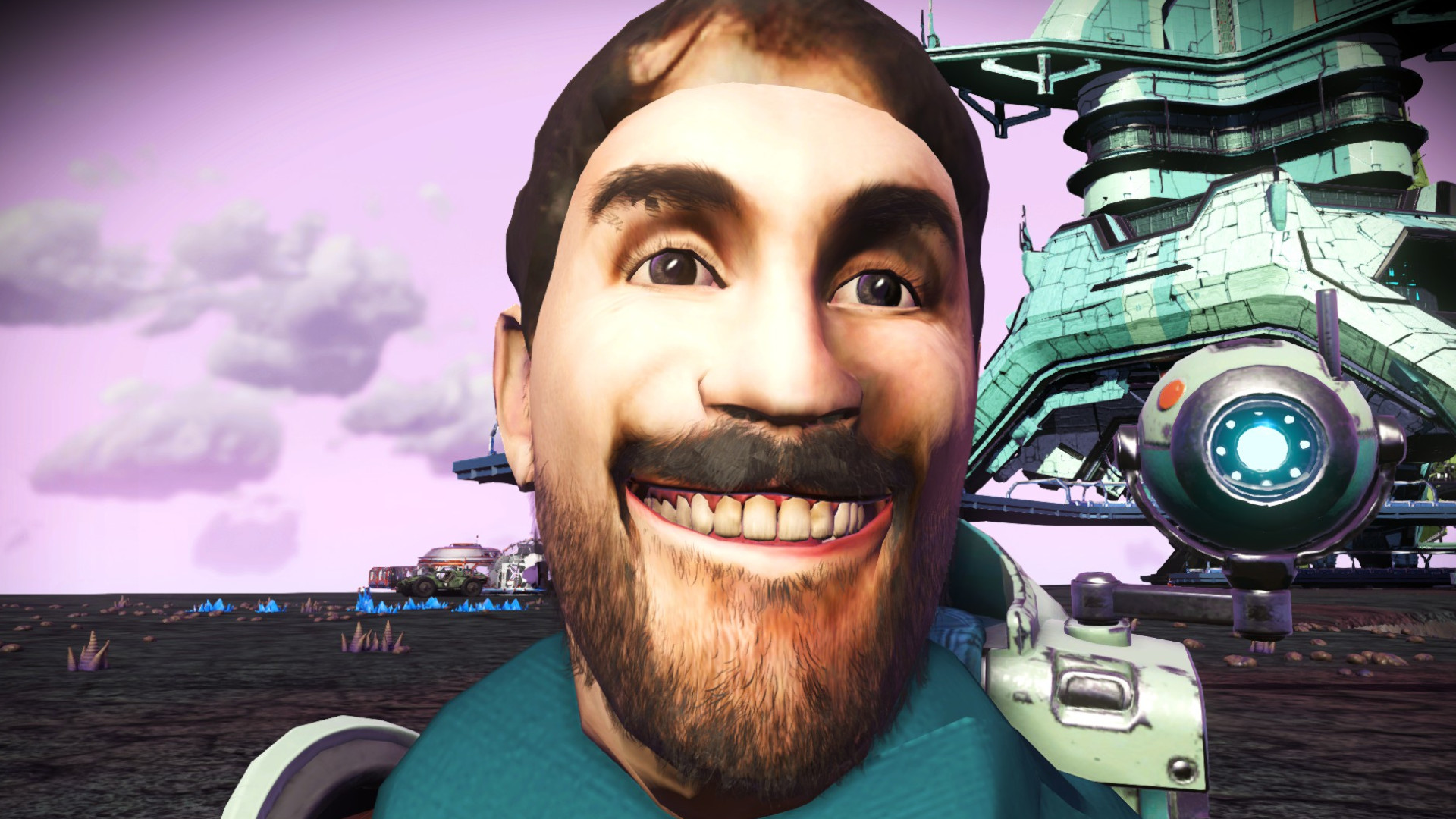 No Man’s Sky is an ambitious game – an ambition that might’ve outstripped its own potential, at least at launch. Lead developer Sean Murray has taken his place alongside Peter Molyneux in gaming memedom, but he at least has a sense of humour about it. Such is the case today, as Murray begs the world to delete a No Man’s Sky mod that turns every NPC into him.

If you’d like to know what to avoid in order to respect Sean’s wishes, the mod comes in two parts. The first is a resource titled, appropriately, Sean Murray’s Head, available on Nexus Mods. If you make No Man’s Sky mods, you absolutely should not use this face scan in your own creations. It’s just too much.

However, the seal has already been broken with the Everyone is Sean mod, also available on Nexus Mods. It, uh… turns everyone into Sean. Or, rather, every player into Sean, so you can go on co-op adventures with a squad of Seans. There’s even a big head mode, so you can turn No Man’s Sky into NBA Jam. Or, er, but you wouldn’t do that. (Right?)