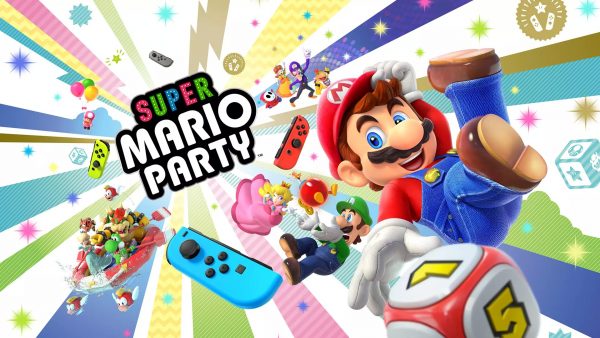 It’s taken a while, but Super Mario Party finally has online multiplayer.

Nintendo added online multiplayer to Super Mario Party today with the release of the 1.1.0 update.

The update allows you to play Mario Party, Partner Party, and free play Minigames over the internet (thanks Gematsu).

Nintendo said that 70 of the total 80 minigames are available to play online. That means 10 minigames that are not available when playing over the internet. These are Strike It Rich, Time to Shine, Take a Stab, All-Star Swingers, Rhythm and Bruise, Pep Rally, Wiped Out, Fiddler on the Hoof, Clearing the Table, and Baton and On.

To play over the internet, select either Mario Party, Partner Party, or Minigames, then select Online Play.

Playing over the internet supports the Invite Friend feature. If you select Invite Friend on the screen at which you’re waiting for rivals, your selected Friends can join from the Online Play Invites on their user-page icon in the top left of the Home Menu.

Online Mariothon does not support the Invite Friend feature.

Super Mario Party was released on Nintendo Switch in October 2018. This latest iteration is inspired by the original Mario Party and features plenty of mini-games – including ones that make use of the Joy-Con controllers.