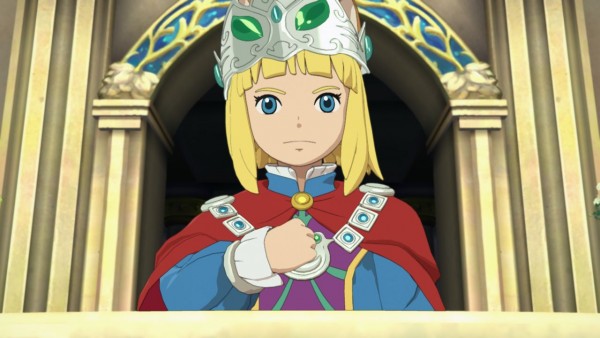 The Entertainment Software Rating Board (ESRB) has rated Ni No Kuni 2: Revenant Kingdom for Nintendo Switch.

This edition of Ni No Kuni 2: Revenant Kingdom is being called the Prince Edition, which leads us to believe it will include all of the game’s previously released DLC.

That would include The Lair of the Lost Lord and The Tale of a Timeless Tome, both of which were made available individually and as part of a season pass.

We will know for sure once Bandai Namco makes an official announcement.

Released in 2018 for Steam PC and PlayStation 4, the adventure RPG has you assume the role of a man helping a half-human child defeat an evil force.  After being overthrown in a coup, the young king Evan sets out on a quest to found a new kingdom, unite his world and protect its inhabitants from the dark forces that threaten them.

From a third-person perspective, you will explore various environments and engage in melee combat using swords, fireballs, pistols, arrows, and hammers to defeat enemies.

The post Ni No Kuni 2: Revenant Kingdom rated for Switch by the ESRB appeared first on VG247.