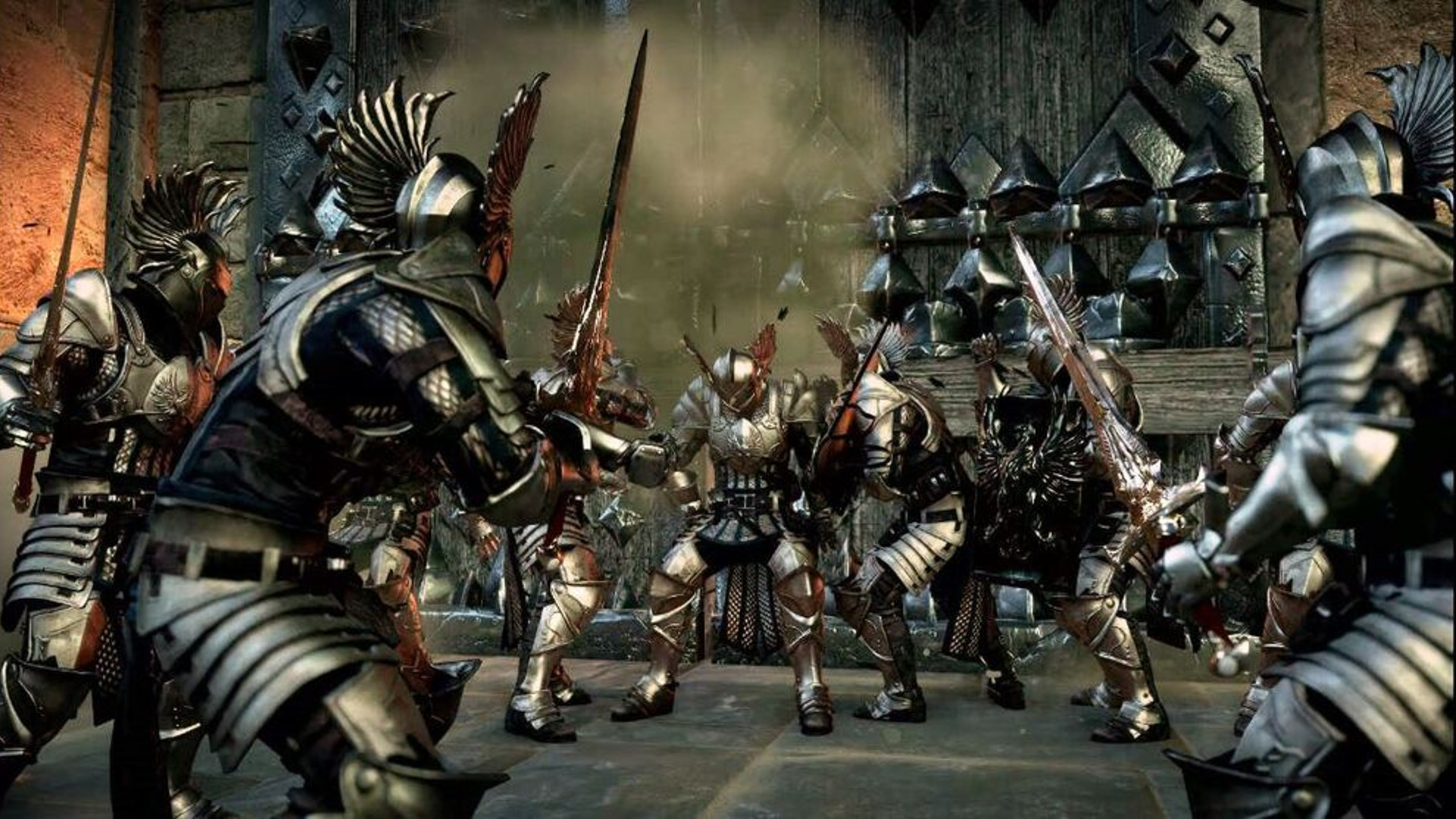 Dragon Age! A fresh piece of Dragon Age 4 concept art has been shared by one of the lead developers, suggesting the return of a recurring group of warriors from throughout the RPG game series.

Dragon Age 4 executive producer Christian Dailey revealed the art on Twitter, tagging creative director Matthew Goldman, and asking “Is this the right amount of pointy and gray?” Goldman responded by saying it’s “All the good stuff.” The image shows a Grey Warden, in full grey and gold regalia, standing in front of the Order’s insignia embossed over some mountains, and a Dragon Age logo up top.

The Wardens played a central role in Dragon Age: Origins, as the Order you join at the start of the game. Then, they move into a background feature of Dragon Age 2, before making a proper appearance in Dragon Age: Inquisition, where you battle them during a questline. At the end of the siege of Adamant Fortress, you can either turn the scattered and beaten protectors of Thedas into allies, or send them back to Weisshaupt. Going by this art, maybe we’ll see the Wardens front and center again in the forthcoming Dragon Age sequel.