The battle royale genre is evolving at a fast pace, with games like Fall Guys, Tetris 99, and Spellbreak proving that you don’t need guns to pull off the “Last One Standing” concept in a giant multiplayer game. Naraka: Bladepoint, from Chinese studio 24 Entertainment, is the latest large-scale multiplayer game to try and make its mark on the battle royale genre, with the hook being literal grappling hooks and an incredibly deep melee combat system that makes it feel almost like a battle royale version of Crouching Tiger, Hidden Dragon. After playing two full matches and getting a crash course on the combat system, the results so far are extremely promising.

Let’s start with the familiar: Like just about any traditional battle royale, in Naraka every match begins with you and your squad dropping into a map of up to 60 other players and scrounging for loot of increasing tiers in order to prepare for the inevitable clashes with other players. There are encroaching bubbles at given intervals that constrict the playing field; you can find weapons, armor, consumables, and more specialized pickups called Souljades that provide you with passive bonuses (including rare, game changing weapon specific ones that grant you powerful special moves) , and you fight until there’s only one team left standing at the end.

While there are ranged weapons such as bows, rifles, canons, and repeating crossbows, most fights in Naraka were decided in the melee range, and this is where the game truly shines. Naraka’s melee combat system is fairly simple, but loaded with the kind of mind games that you’d expect from a fighting game.

It runs on a rock, paper, scissors kind of philosophy where there are regular attacks, which cannot be blocked or countered; charge attacks, which absorb and power through regular attacks; and counters, which when timed properly can deflect charged attacks and even disarm the attacker. But, as mentioned before, they are beaten by regular attacks. Smartly, the last hit of any regular attack combo is always a counterable charge attack, so an experienced player who recognizes that a person is just mashing the attack button can time a counter on that last hit and punish foes who get too predictable.

On the other end of that, though, if I know they’re looking for a counter, I can press the crouch button in the middle of my combo string to start it all over from the beginning and punish the anticipated counter with regular attacks. Add on top of that unique hero abilities and powerful ultimates, the ability to disengage and re-engage with a grappling hook, and three melee weapon types each with their own combos and special attacks, and it’s easy to see that there is a ton of depth to Naraka’s melee fighting system. It all adds up to a style of combat that encourages creative thinking and outplaying your opponent, even if you’re underequipped, which are the hallmarks of any good battle royale.

Naraka has a unique approach to death as well. Up until the point when the second bubble starts shrinking the field, you get one resurrection. When you die, if your teammates are unable to revive you, you turn into a spirit and must run to a Soul Altar, where you can revive with some common equipment to get you back in the game. It’s a really elegant solution to a common problem in battle royales, where you die early on and never get a chance to see the late game. 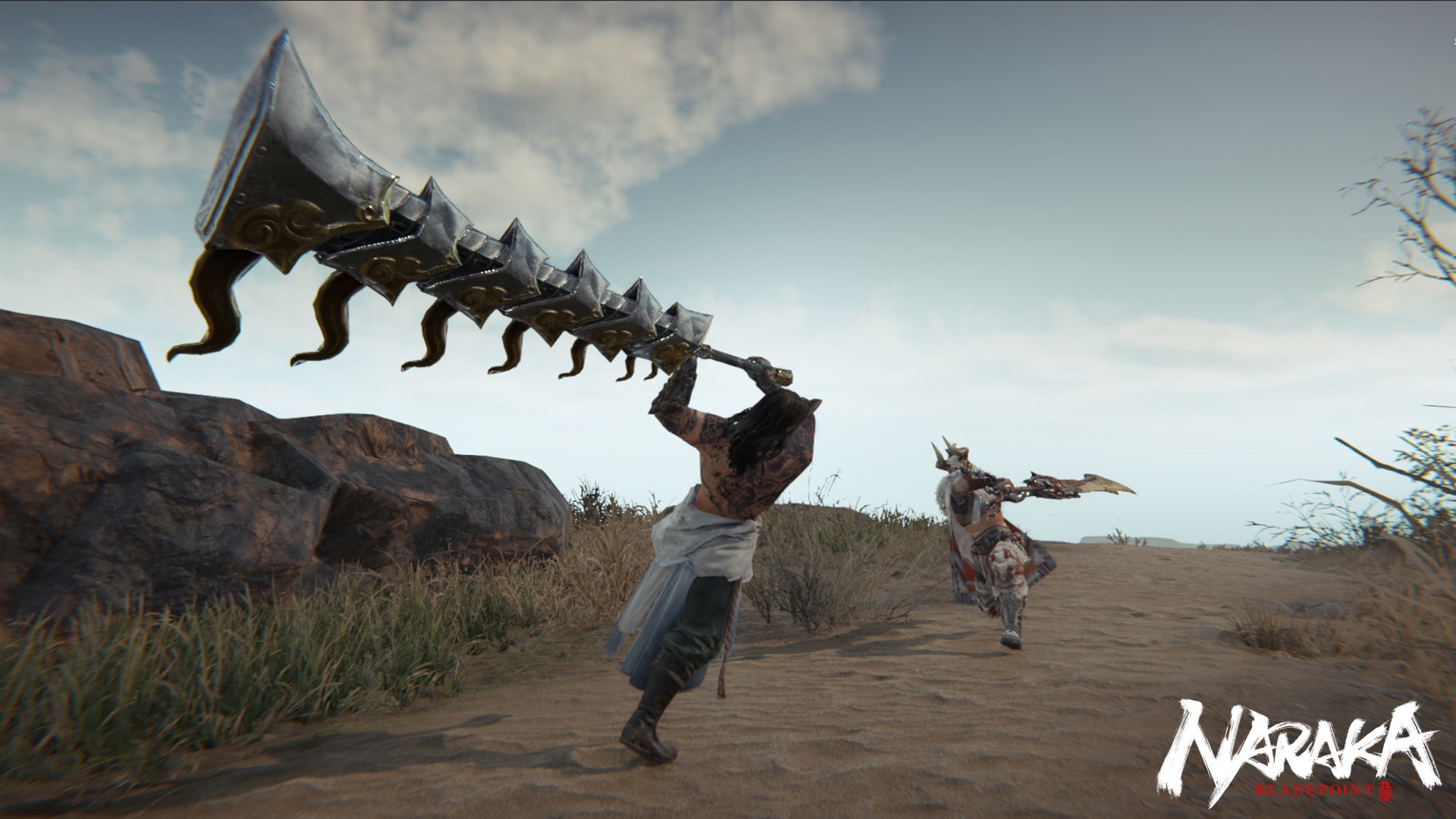 The crucial piece of a melee-centric battle royale is traversal, which is something that Naraka seems to have a pretty good handle on. One of the items you can find as you’re looting up are grapple spools, which can be used to zip to any point (or any player). It feels very similar to Just Cause’s grappling hook, with the exception of the fact that its tracking is almost non-existent when it comes to latching on to another player, so you won’t be able to just immediately home in on your opponent if they’re dashing away at full speed, which is probably for the best.

Outside of the actual game are the usual suite of customization items, from skins to gestures, accessories, and so on But perhaps the most interesting aspect of Naraka’s character customization suite is the fact that you can completely change the face of your character. There’s an absurdly in-depth face creation tool that feels unprecedented within the genre, and has already resulted in some players creating characters like Yoda and Neytiri from James Cameron’s Avatar. 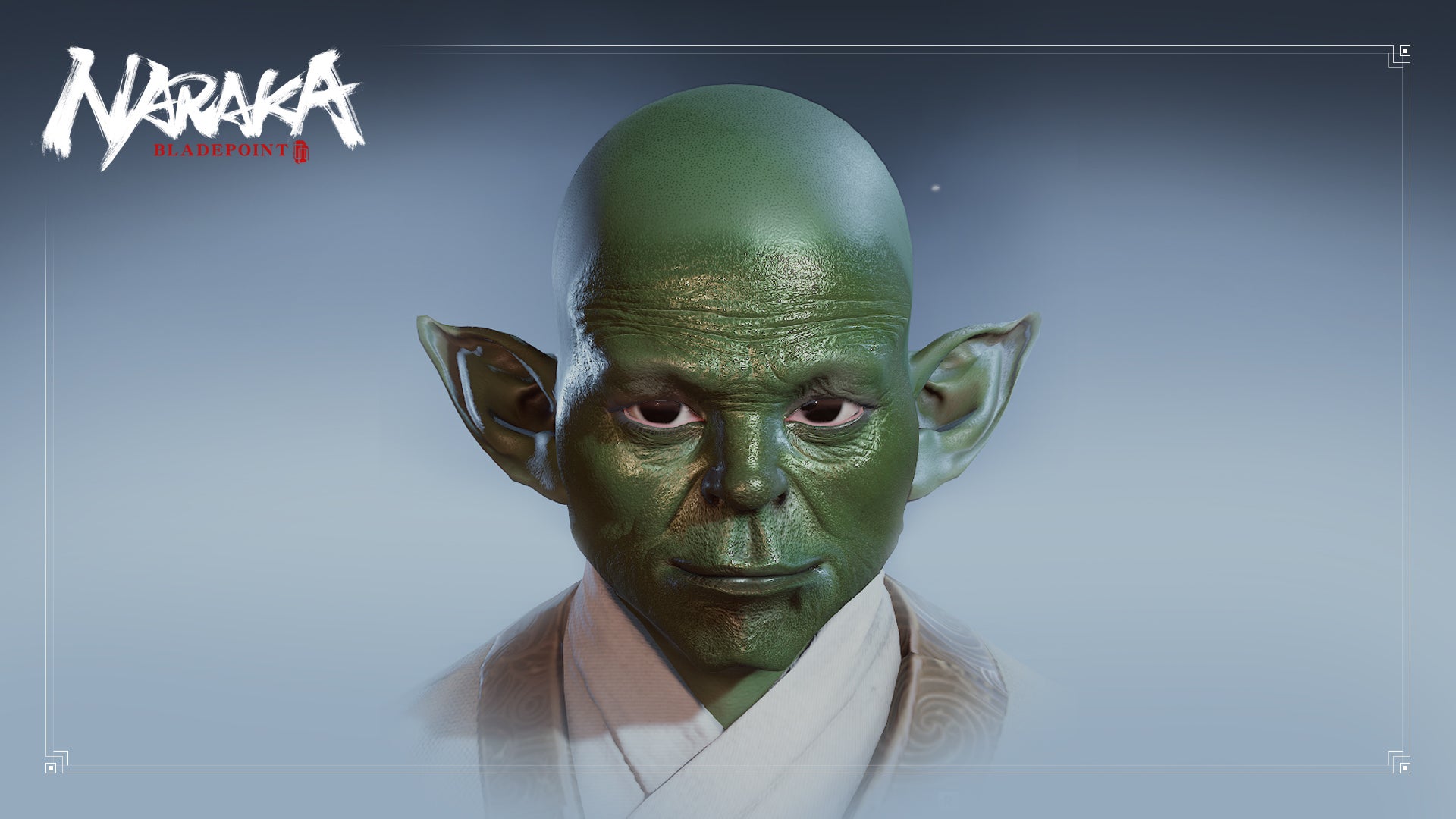 In addition to playing two Battle Royale matches, and being absolutely carried to second and third place finishes, I also got to check out a fun Deathmatch mode that removed all loot and let players just go at it. It was… absolute chaos, but it seems like a great way to get your feet wet with Naraka’s combat in a less stressful and less high-stakes environment, which is something that I think all battle royales should find a way to incorporate.

Overall, I went into my playtest of Naraka: Bladepoint not really knowing what to expect, and walked out extremely impressed by what I played. Battle royales are a bit outside of my typical wheelhouse, but by merging the “Last Man Standing” concept with elements of fighting and action games, Naraka might be the first traditional battle royale that I really sink my teeth into.

Naraka: Bladepoint opens up its Forerunner beta on April 23 for PC and is currently scheduled for a Summer 2021 release.

Mitchell Saltzman is an editorial producer at IGN. You can find him on Twitter @JurassicRabbit.