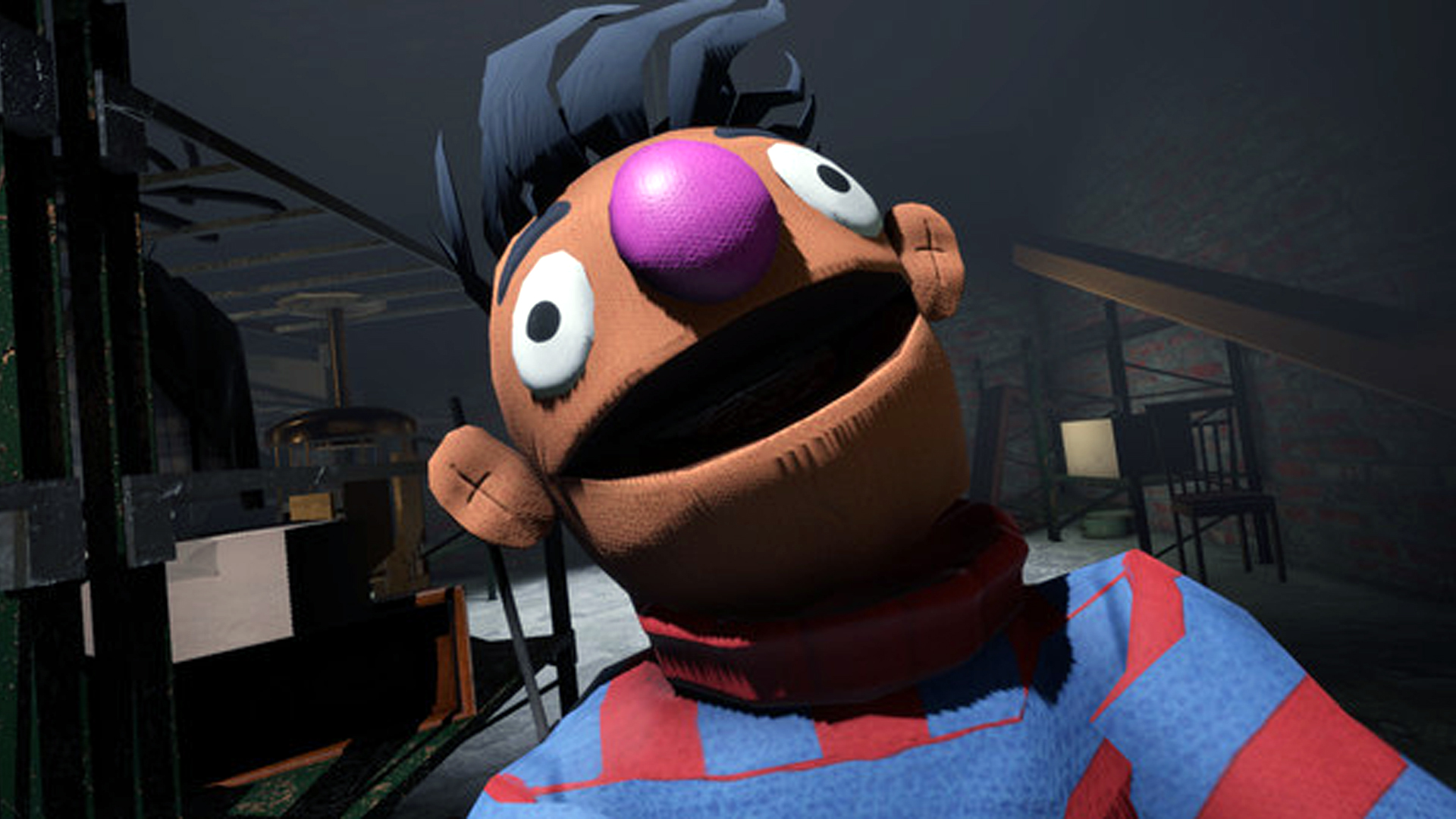 What would you do if you were stuck on Sesame Street and Elmo wanted to eat you? That’s the question posed by My Friendly Neighborhood, a new FPS that’s closer to Resident Evil: Village or Bioshock than Five Night’s At Freddy’s – could end up being one of the scariest horror games on PC.

The Realms Deep event from 3D Realms was held this weekend, and it featured many awesome game trailers and announcements – such as the much-rumoured remaster Powerslave Exhumed and John Romero’s next FPS project Sigil 2. However, one of the standouts was the reveal of a new horror game from publisher Dread XP and the developer behind the Pokémon-like EvoMorphs.

My Friendly Neighborhood is a survival horror set behind the scenes of an abandoned TV studio that used to run a Sesame Street-like show, but now the puppets have come to life and have developed a taste for human flesh. Shockingly enough, this isn’t officially endorsed by the Jim Henson Company.