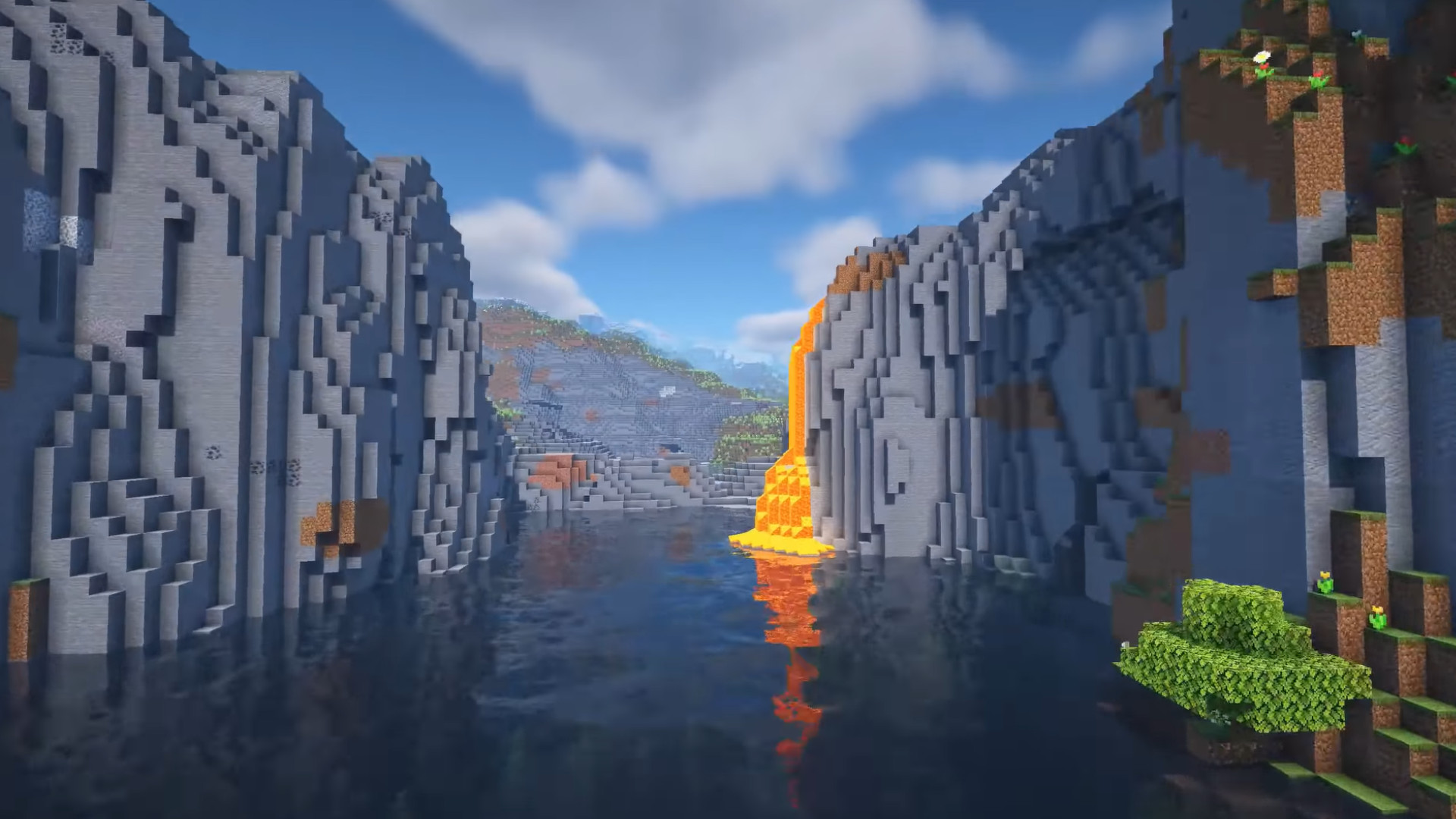 We’ve still got some number of months to go before the Minecraft 1.18 release date, but the second half of Caves & Cliffs is already playable – in experimental form. The devs at Mojang have been testing a major revamp for terrain generation over the course of a few early snapshots, and the latest Experimental Snapshot is here with some especially notable changes.

We’re getting better rivers, for one thing. Experimental Snapshot 4 has “reduced the likelihood of rivers being cut off and turning into steep dry river gorges in mountainous terrain”. We’re far more likely to get fjords cutting through mountain ranges now, or you’ll see the water settle in a saddle valley between peaks. Rivers are also getting a little wider in general.

This update also makes some metals easier to come by. Iron distribution has been increased across the board, and copper is now spawning in bigger blobs inside the forthcoming dripstone caves. You’ll also find calcite spawning naturally on stony peaks now.