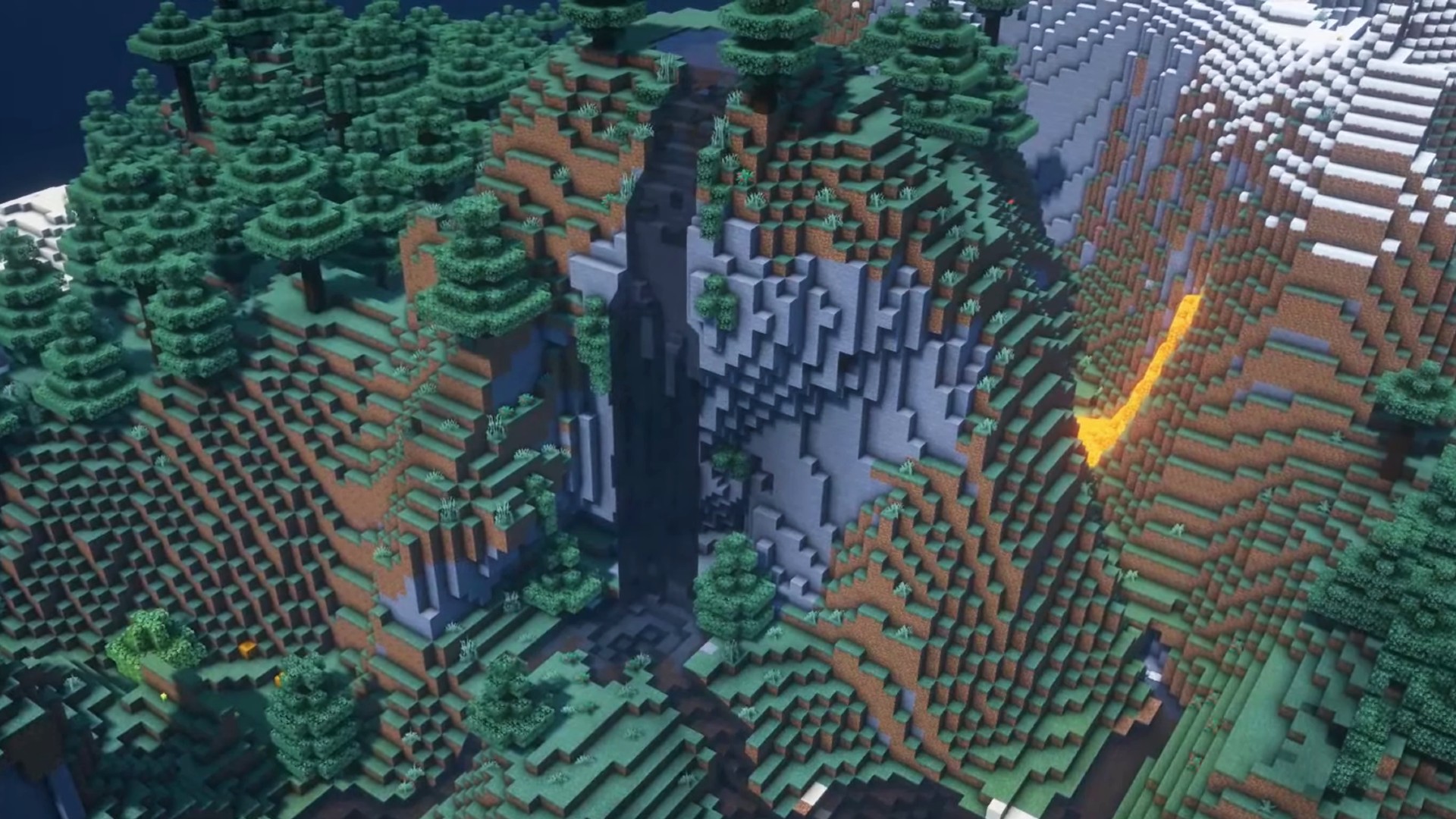 The Caves & Cliffs update for Minecraft may have been split in half, with the world generation piece getting delayed until the holidays, but that hasn’t stopped fans from imagining different ways for its landscape to change. One Minecraft YouTuber has mocked up a trailer for a concept called ‘The River Update,’ which imagines a re-engineering of Minecraft hydrology that adds in creeks, streams, and waterfalls.

Rivers can be a bit tricky, because there are lots of rules governing the ways they flow. YouTuber disruptive_builds has worked out a few that could be incorporated into Minecraft if developer Mojang ever decided to do it. In the trailer, spotted by Rock Paper Shotgun, disruptive_builds shows off not only in-game concepts for waterways, but also how he made the ‘trailer’ – a process that involved hand-placing a bunch of trees, plants, and water blocks in a way that looks natural and possibly procedurally generated.

The rules disruptive_builds has come up with for waterways are the kinds you can imagine working within Minecraft’s framework: creeks are 2-4 blocks wide and always lead to a lake or ocean, while streams are 1-2 blocks in width. Small waterfalls have rivers that lead into and out of them. They’re simple but specific statements that do a good job of describing the ways the features would appear in the building game.