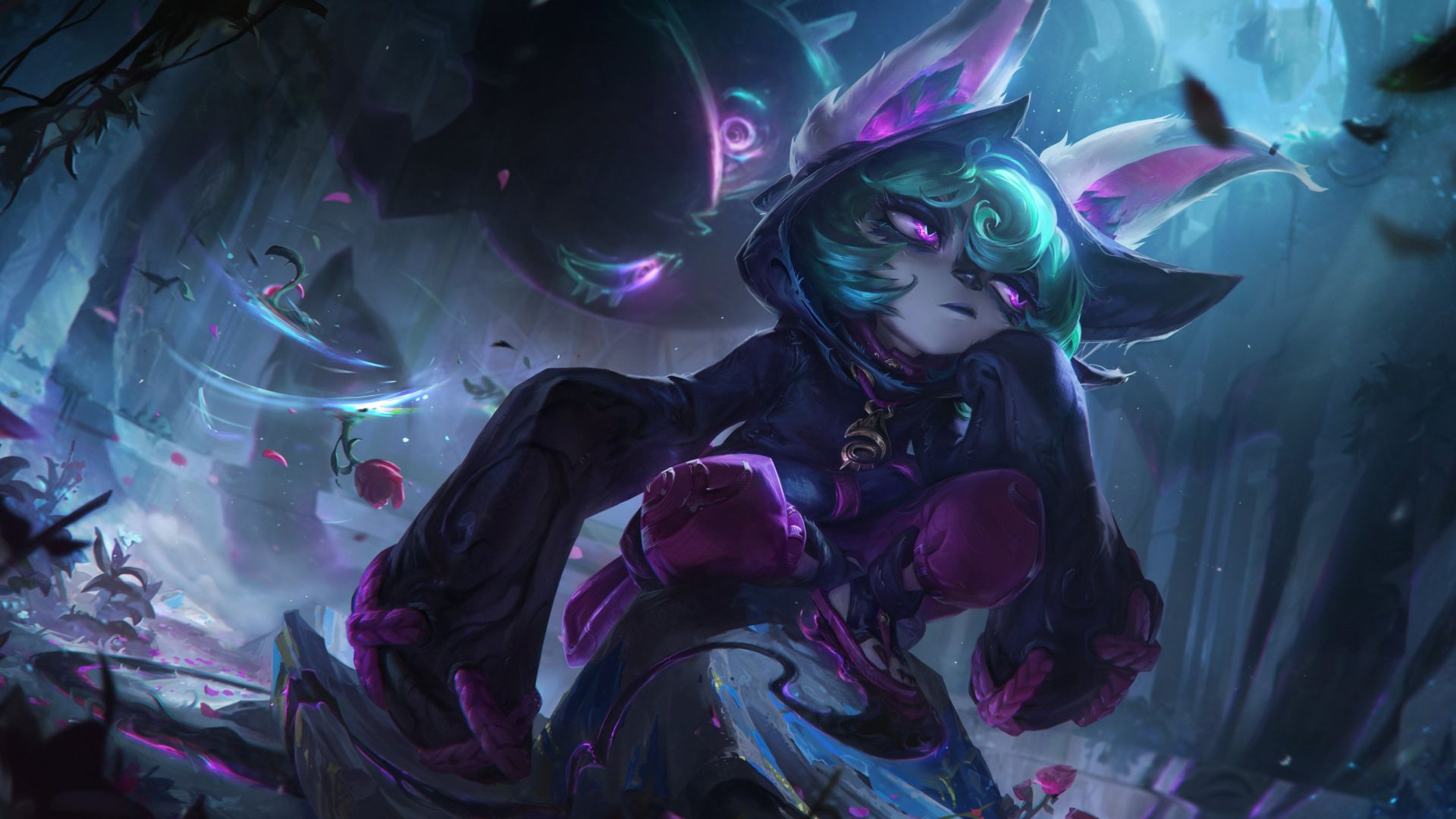 And just like that, Riot Games has unveiled the newest, and probably grumpiest ever, League of Legends champion. Vex, a very gloomy little yordle indeed, has just been revealed on the MOBA game’s Twitter channels, so we’ve got a peek at her splash art and a trailer giving us a flavour of the magic and mischief she’ll be bringing to the live game, presumably pretty soon.

“Colour? Happiness? Caring about stuff? That’s so overrated,” Riot has teased on Twitter along with two-and-a-half minutes of footage of Vex’s first adventures in the Rift. We get a real sense of her style as she, well, essentially runs around battering champions that are just that bit too cheery. Well, we’ve all been there. Vex scurries around moodily, too-long sleeves dragging on the floor, and engulfed by shadow as she spreads her gloom across the battleground.

We also get a bit of a glimpse at her playstyle and abilities. She can fire big projectiles that push through opposing champs, travelling out pretty far into the space ahead of her, and we can also see some kind of big area-of-effect blast that she seems to charge up to make bigger before pulsing it out.