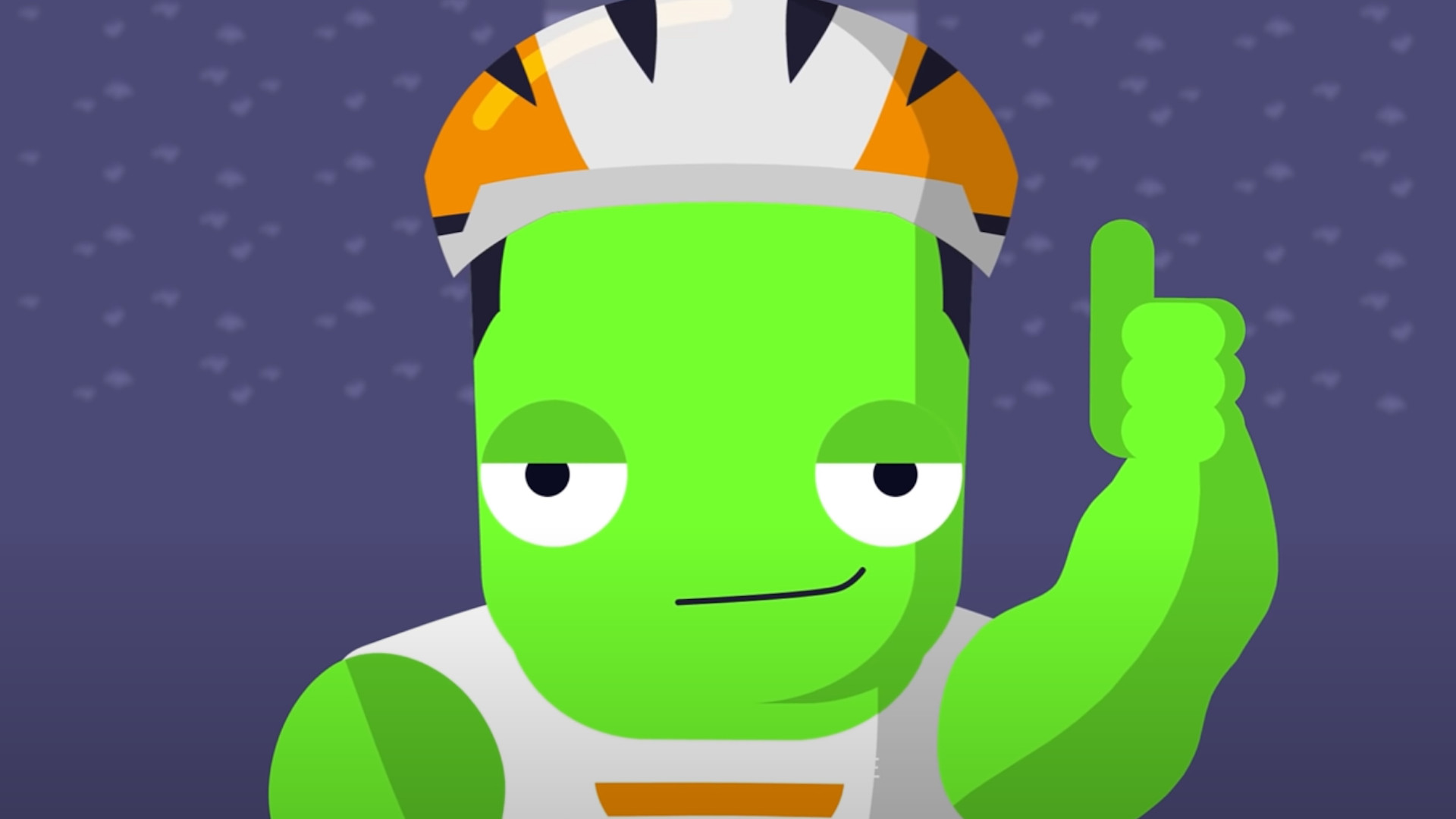 Kerbal Space Program 2 is a game about rocket science, and famously, rocket science is not an easy thing to learn. The first KSP gave plenty of people an education in space exploration, but you really needed external help to get there. KSP2 will make that learning process easier in-game without reducing the simulation’s complexity – in a new video, the devs suggest that while you’re still climbing Mount Everest, you’re getting some guides to help you on the way.

To help explain the complex scientific principals that it simulates, KSP2 is getting cartoons. A series of animated tutorial videos will kick in throughout the game (if you want), illustrating things like orbits and engine sizes with comedic interludes.

Thrust, for example, is represented by a pair of riders on a tandem bicycle – a brawny kerbal pushes the team up a massive hill, and a leaner kerbal drops the big guy’s dead weight to continue the ride, offering a simple visual metaphor for why you need booster rockets and smaller engines.