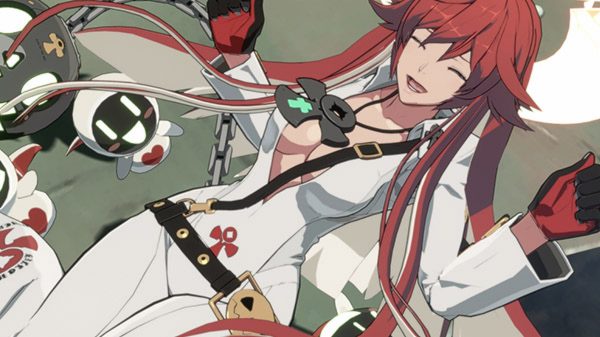 Guilty Gear Strive‘s second DLC character has been confirmed as Jack-O’, and Arc System Works will be bringing the peculiar fighter to the game later this month.

Jack-O’, who follows Goldlewis Dickinson as the second DLC fighter for the critically acclaimed and commercially successful game, launches on August 27 for season pass holders, with non-season pass owners having the option to pick her up from August 30.

Anyone familiar with the series and the character will instantly notice her trademark minions and traps, all designed to make her play like a MOBA character in a fighting game, somehow. Honestly, the gimmicks Arc System Works manages to cram into its games will never get boring.

Check out the new character in action below.

It’s not hugely surprising to see her appear in-game here, either: she’s a pretty integral part of the game’s Story Mode, and seeing her character model fully rendered and fleshed out lead many people to believe she’d be one of the five characters teased for the season pass.

Look away if you don’t want the other newcomers spoiled now. The other characters we’re expecting to appear in the season pass are Happy Chaos, Asuka (That Man), and Jam Kuradoberi.

Our own Doranni Williams noted that Guilty Gear Strive has the most in-depth tutorial of any fighting game he’s played, and said that thanks to ArcSys’s comprehensive system, there’s never been a better time to learn fighting games (or re-learn how to play them if you’re a lapsed player).