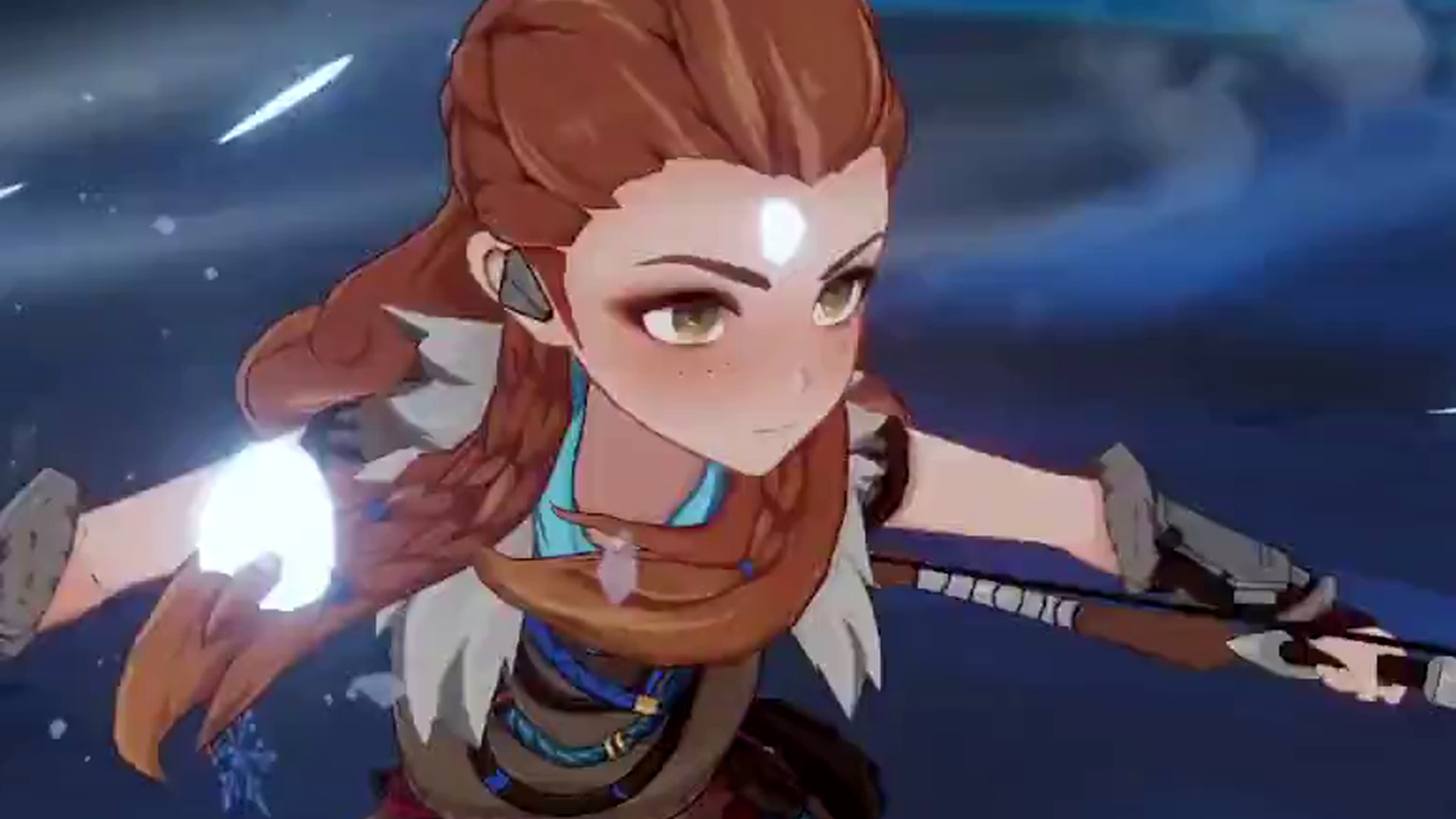 The main character of Horizon: Zero Dawn, Aloy, is set to debut in Genshin Impact in the 2.1 update – which may well drop at the end of this month if the current release schedule holds true. Aloy hasn’t been seen so far, certainly not playable, but thanks to a leak fans have got their first look at Genshin Impact’s Aloy in gameplay.

We know quite a bit about how Horizon’s Aloy will play in Genshin Impact, including all her abilities, but other than a cool piece of concept art she hasn’t been seen in motion. Thanks to a piece of leaked gameplay that popped up on Streamable (via Reddit) fans now see how Aloy looks in the game, as well as some of her abilities in action.

Sadly the clip’s only 18 seconds and includes the player switching over to another recent character, Kazuha, but it shows at least a snippet of how Aloy will play – and how her abilities can be utilised by the game’s other characters.