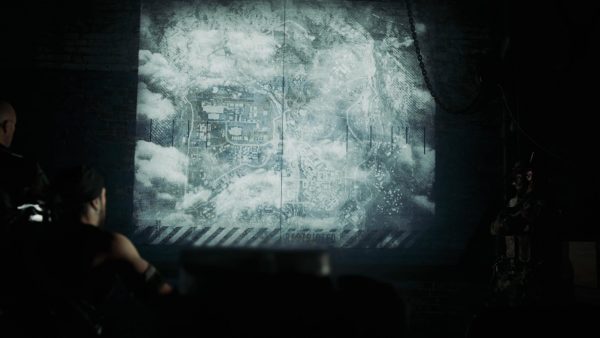 The new Verdansk looks a little more vibrant in Warzone.

Season 3 of Call of Duty: Warzone doesn’t go live until later this evening, with the second of the nuke event. When that happens, the Verdansk map we know today will be transported back in time to a Black Ops Cold War-appropriate, 1980s-themed version of itself.

Although Raven has yet to officially show off the new map properly, private matches were briefly available in Warzone after the patch’s release, letting few lucky players experience the new Verdansk for themselves briefly, before the developer shut it down.

The video above from Bartonologist shows 30 minutes of gameplay captured on the new map – a full round from the very start to the victory screen.

The colourful, more saturated tone is immediately noticeable. Some of the existing buildings have also received a new coat of paint, which is a stark contrast from the current Verdask’s fifty shades of brown and grey aesthetic.

The cargo plane infill cutscene Warzone players are familiar with has been changed to now show players arriving in helicopters. The map itself is largely the same, though some big landmarks have been changed or replaced entirely. Salt Mine now sits where Quarry was, and the dam is no longer there, replaced with aqueducts. There are new areas, too, such as Summit to the northwest.

This new map marks the first time ground loot has been entirely made up of Black Ops Cold War weapons. The Gulag has been updated yet again, now to more closely resemble Black Ops 2’s Standoff map.

Beyond the new content, today’s patch brought a significant number of balance changes, most notably for the FFAR, and the M16, and AUG Tac Rifles. There’s also the addition of DLSS support for Nvidia RTX GPU owners.