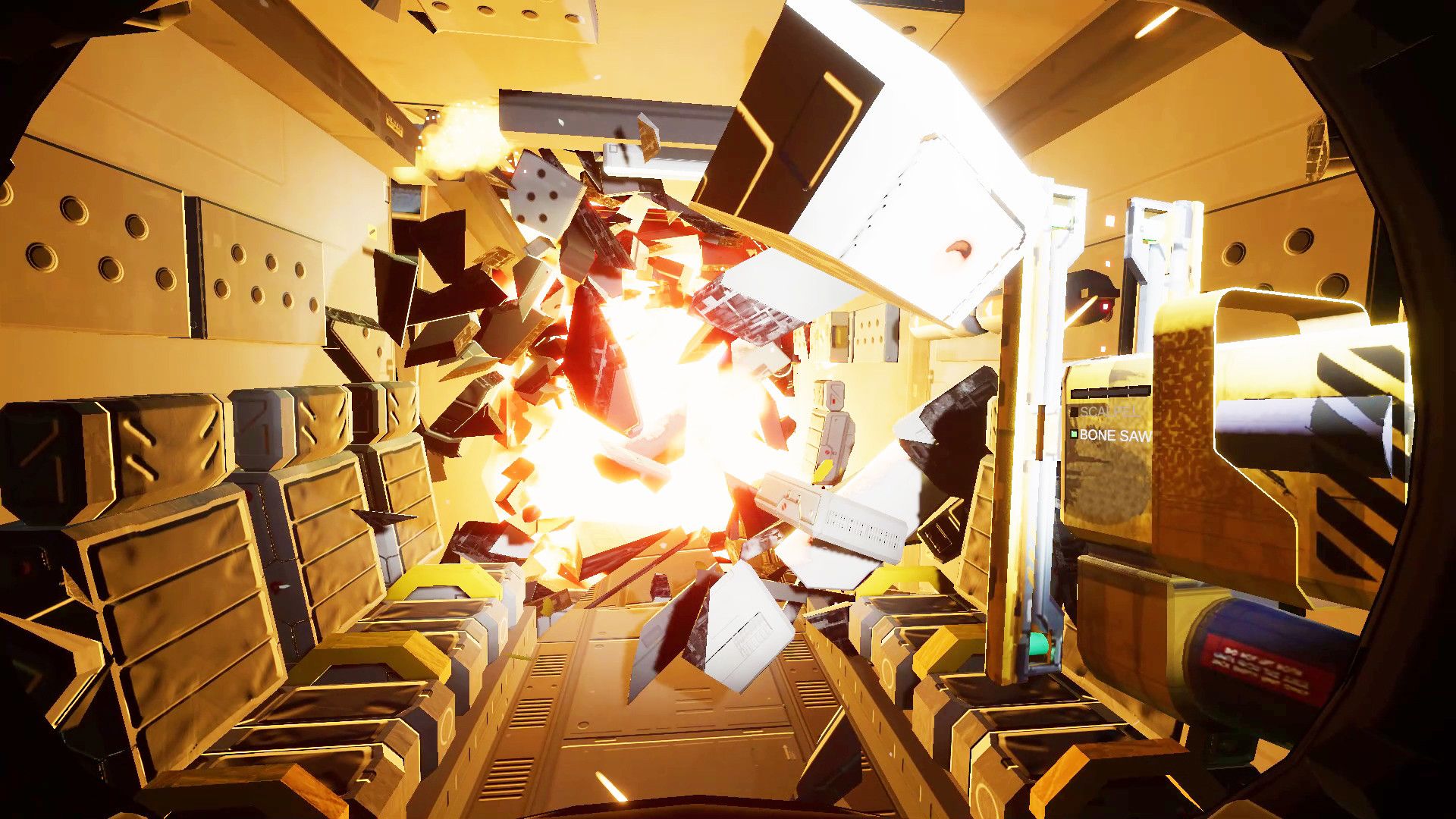 Hardspace: Shipbreaker has gotten a new update that adds a whole new dimension to the sci-fi simulation game’s salvager experience. Now you’ll need to be on the lookout for dangerous radiation while cutting up scrapped ships. Make the wrong cut or bump a part the wrong way, and you’ll be sending toxic radioactive particulates into the environment around you – leading to permanent damage to your body, which of course is company property.

With update 0.5.0, you’ll start encountering radiation once you’ve hit certification rank 9. You’ll find radiation filters in ships rated at hazard level 6 and above: they appear in wall-sized containment units, and you can pull them out of ship interiors and crawl spaces. You’ll want to be extremely careful with these, because the slightest bump or jostle will send the radioactive dust they’ve been collecting out into a cloud that gradually expands and causes damage to any organic matter or electronic devices it touches.

Worse, fire or cutter beams will agitate the particles, making them even more damaging and dangerous for a short period of time. They’ll eventually dissipate on their own, but you can manage them with coolant.