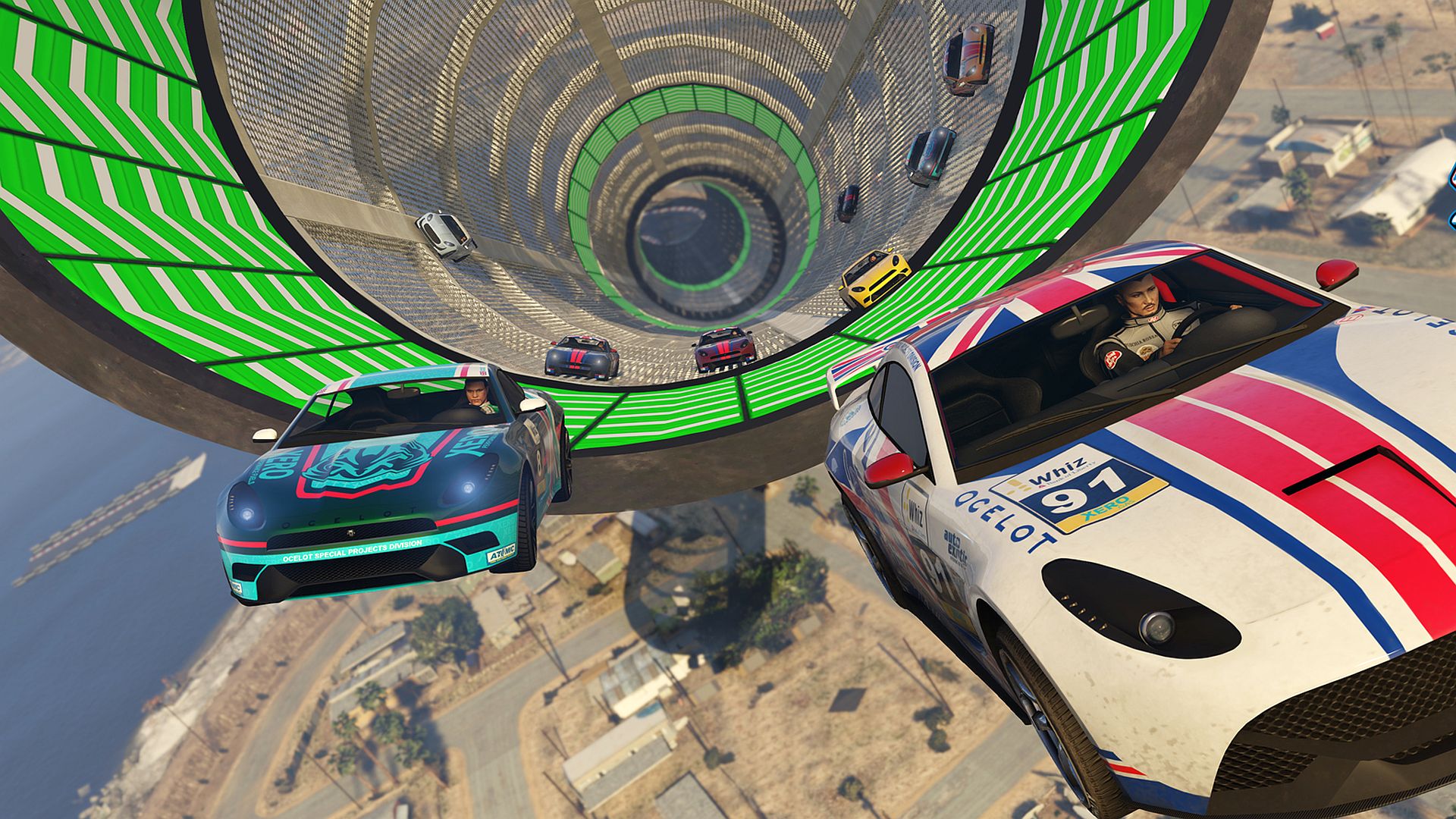 Earlier this month we reported that GTA Online would be getting eight new Stunt Races to get stuck into on May 27. Well, if you’ve looked at the calendar, you’ll know that’s this very day – and those races have now indeed hit Rockstar’s online action-adventure game. While the official rundown hasn’t yet been posted to the studio’s Newswire just yet, players have been taking a peep at what’s new with today’s weekly update.

As Tez2 reports on Twitter, the eight new Stunt Races are available to play right now. These are a kind of fact-paced race that involve – yep, you guessed it – performing stunts and tricks around a bunch of different obstacles, like ramps, loop-the-loops, rings of fire, and that kind of thing. There were already more than 40 in the game, and now there are even more to try out.

Elsewhere in the weekly update, the panther statue from the Cayo Perico heist which was at last made lootable last week has now been disabled. But, the good news is there’s a new GTA Online podium car as ever, which this week is the flashy Nero Custom hypercar.