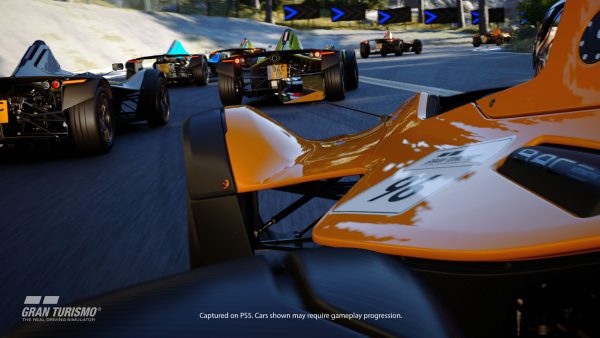 Gran Turismo’s storied director Kazunori Yamauchi has some ideas about what he wants to do with the series and beyond.

Kazunori Yamauchi, the long-time director and co-creator of Gran Turismo, has often been the face of developer Polyphony Digital and its team’s attention to detail. As Polyphony continues work on Gran Turismo 7, Yamauchi looks to the future.

Yamauchi discussed a wide range of topics in a lengthy interview with KPMG, an accountant firm of all things. But there’s a connection, however, because the person Yamauchi spoke to is Masayuki Chatani, current chief digital officer at KPMG, who had the same job at Sony Interactive Entertainment (then Sony Computer Entertainment) for 14 years and through the PS3 days.

One particular section of the chat touched on Yamauchi’s dreams for the future, and what the legendary designer envisions himself working on in the years to come. As reported by GT Planet, Yamauchi revealed that he wants to create more Gran Turismo games post next year’s Gran Turismo 7.

“Well, I intend to continue Gran Turismo going forward, which will be in the same boat as the car culture and automobile industry,” Yamauchi said. “At the same time, I would like to also do something different.”

Yamauchi went on to add that video games have long aspired to be a “digital twin” to the real world, but that you don’t necessarily need something real to have a feeling of reality.

“I would like to take on the challenge of creating a world where people feel more reality than the real thing, whether this is through Grand Turismo or not,” he explained.

Yamauchi gave an example of how digital environments can recreate moments and experience no longer possible in the real world, by revealing a little more about his childhood.

“In the 1970s, mountain foothills and flat land, very much like the world of Totoro, extended in my hometown Kashiwa City. As I liked to collect insects and climb mountains from when I was a child, I used to spend all day in the forest or played in the river,” he recalled.

“However, this is probably not possible in Japan now. In that case, why not create some kind of digital nature and convey the complexity and severeness of the world when we get out into nature and the feeling that things do not work out as one expects. This is what I am fantasizing about.”

Gran Turismo 7 was recently delayed to 2022. It does not yet have a release date.