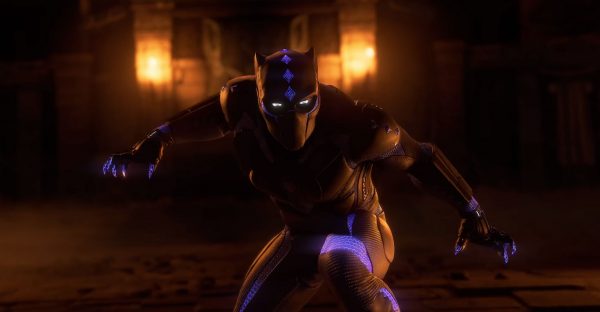 Actor Christopher Judge, who voiced Kratos in God of War (2018) will lend his voice to Black Panther in the upcoming Marvel’s Avengers expansion.

The Stargate actor will voice King T’Challa in the Marvel’s Avengers expansion The Black Panther: War for Wakanda.

At first, Judge wasn’t interested in voicing the role due to the fact he didn’t “believe that anyone should ever do T’Challa again,” after the death of Black Panther star Chadwick Boseman.

“The actual talks proceeded and, basically, I wound up doing it because my mother and my children said if I didn’t do it, they would disown me,” he told Entertainment Weekly.

“To be quite honest, I was fearful of being compared to what Chadwick had so wonderfully done. The only way I could really wrap my head around it was to not even attempt a voice match, to let my performance stand on its own. I put all that into it and hopefully people like it.”

According to the EW article, we can expect the DLC to take place around five years after the events of A-Day which will have “ripple effects” in Wakanda, and it will see Black Panther defending the country from Klaw who seeks to steal Vibranium.

The content will add a new single-player campaign which will last around the 25 hours mark, and you can expect two adversaries and a “robust cast of Wakandans.” Locations such as like Shuri’s laboratory and the Wakandan War Room will be included along with new missions for the Drop Zone and Threat Sector.

You can expect the content to include the Wakandan Jungle Biome, new Klaw faction enemies, and much more.

Alongside the expansion this summer, you can expect new hero outfits, a power level cap increase, and a new outpost.

The expansion is coming to Marvel’s Avengers in August, but a specific release date has yet to be confirmed.

The post God of War actor will lend his voice to Black Panther in Marvel’s Avengers appeared first on VG247.