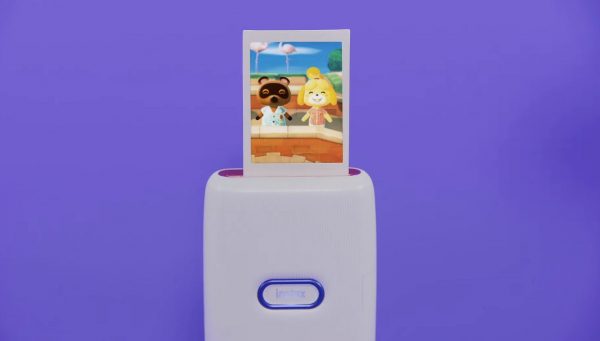 Fujifilm will launch an app that will allow you to print your Switch screenshots.

The app allows users to print out their favorite scenes or characters from any of the games on the Nintendo Switch console, offering a new printing experience of turning the world of games into prints.

There are many scenes you may want to preserve as a screenshot, like all those wonderful moments in Animal Crossing: New Horizons, completing a stage in Super Mario, or even encounters with Pokemon in New Pokemon Snap, which releases on April 30.

The new app makes it possible to easily create an instax print of such screenshots or videos, recorded on Switch.

Fujifilm’s Link is a smartphone printer that establishes a Bluetooth 4 connection with a smartphone via a dedicated app to produce a high-quality instax print of an image on the smartphone.

The app even allows you to edit an image, combine it with various frames or take a moment out of a video and print it out. The printer itself launched in October 2019.

When you select an image saved on Switch, the QR code will be displayed on the console’s screen. Then, when you scan it with the dedicated app, the image will be transferred to the smartphone and displayed on the app. The image can be printed as is, or cropped.

The app’s screen design can be chosen from three themes, such as Animal Crossing: New Horizons, Super Mario, and New Pokemon Snap.

It comes with 59 new frames, featuring characters from the three games, to add to 36 frame designs available in the current Link app for use in the Frame Print function.

The dedicated app can be downloaded free of charge from Google Play and the App Store.

The post Fujifilm and Nintendo are launching app that can print your Switch screenshots appeared first on VG247.