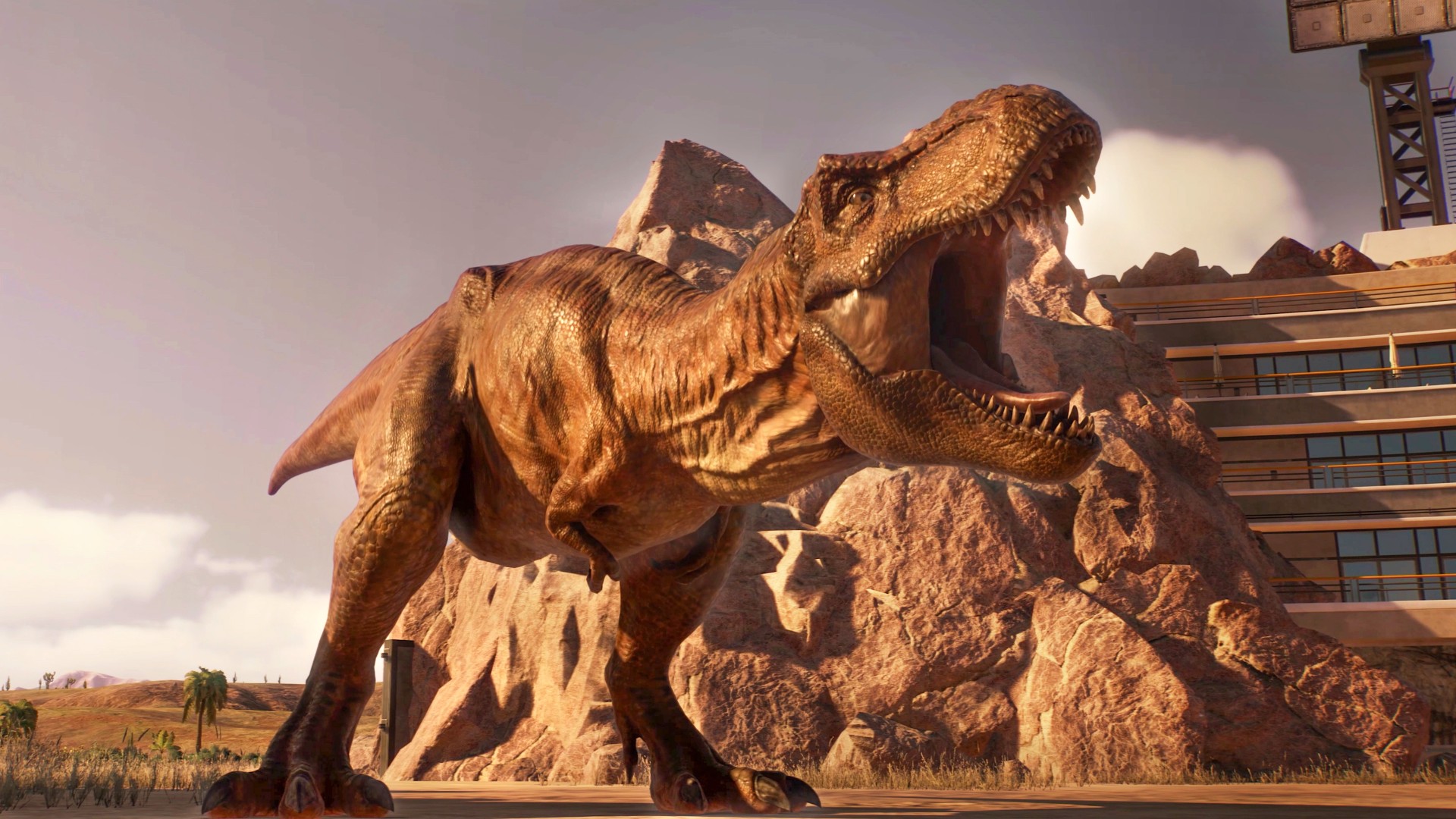 Jurassic World Evolution got the important things right. It was a management game about building a park full of dinosaurs, and the dinosaurs were brilliant. Releasing an alpine-skinned Velociraptor from a hatchery as its sinister, twitchy face blinked and sniffed the air made me feel like a proud mother hen. Even when it went on to eat several guests.

But for all this goodwill, ‘JWE’ had a lot of frustrations. Based on roughly two hours’ play, Jurassic World Evolution 2 is an iterative sequel that takes precise aim at those frustrations, while also adding a fair bit of new meat to its predecessor’s bony frame.

The campaign opens with a stage-setting cinematic made of glossy slides, establishing a much more coherent premise than the original’s vaporous quest to dress up the Las Cinco Muertes archipelago. Picking up from where Jurassic World: Fallen Kingdom (the latest movie) left off, Jurassic World Evolution 2 charges you with rounding up the dinosaurs that are now roaming the continental United States, for their protection and ours.