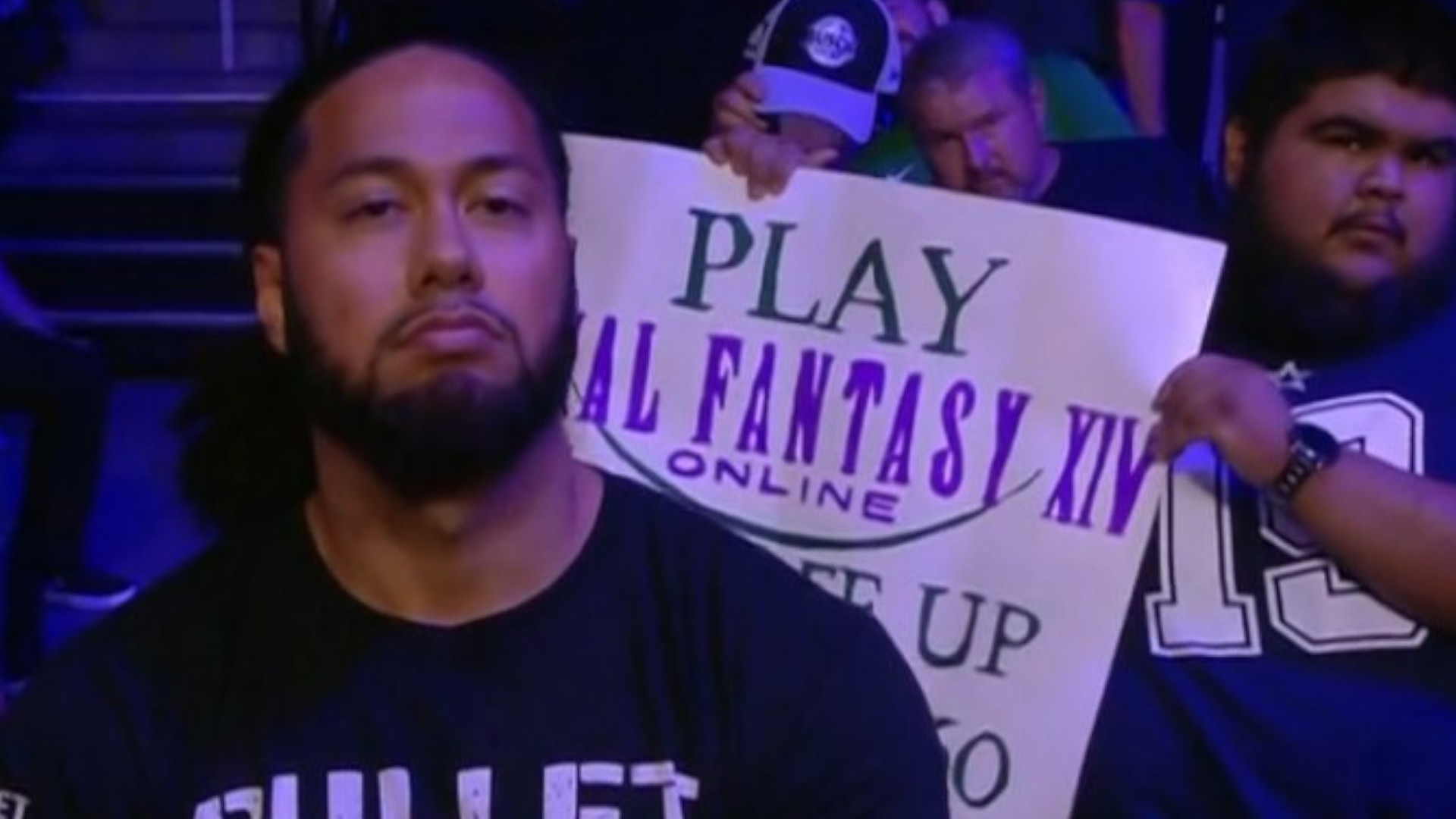 Final Fantasy XIV has a passionate fanbase, to the point where “Did you know that the critically acclaimed MMORPG Final Fantasy XIV has a free trial, and includes the entirety of A Realm Reborn AND the award-winning Heavensward expansion up to level 60 with no restrictions on playtime?” is a very long-winded and inescapable meme. So inescapable, in fact, that you can’t even watch pro wrestling without running into it.

A fan at last night’s live AEW Dynamite broadcast in Garland, Texas brought a sign advising everyone around him to “play Final Fantasy XIV”. (Don’t worry, friend, clearly plenty of people are already taking your advice.) The fan was seated just behind incoming title challenger Hikuleo in the crowd, so there were some prominent shots of the sign throughout the show.

This isn’t the first time wrestling fans have used signs to profess their love of particular entries in the Final Fantasy series – in fact, it became a bit of a thing recently. Who can blame them though? Even the wrestlers themselves are clearly fans of RPG games, like AEW champion Kenny Omega, whose finishing move is called the One-Winged Angel in honour of FFVII’s Sephiroth.