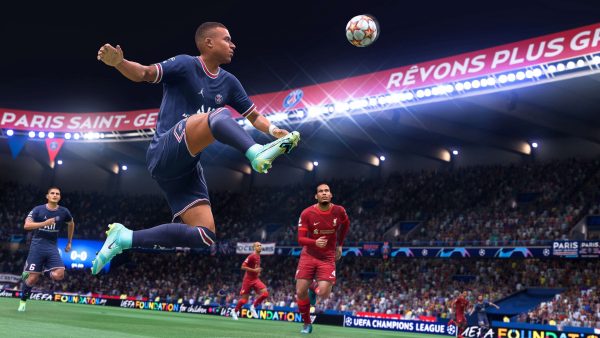 We have our first look at FIFA 22 ahead of next week’s gameplay reveal.

Following the cover reveal, EA debuted the first trailer for FIFA 22 over the weekend, revealing the first details about this year’s iteration.

First, the release date. FIFA 22 is set for release October 1 on PC, PS4, PS5, Xbox One, Xbox Series X/S, and Switch (legacy). The game is $70 on new consoles, as expected. This is considered the premiere version of FIFA 22, and players on PS5 and Xbox Series X/S will have access to some exciting new gameplay upgrades not available on PC or last-gen consoles.

Chief among those is the new Hypermotion animation system. Hypermotion is a machine learning algorithm that writes new animations in real time, based on 8.7 million of match capture data. These matches are played by professional footballers, all wearing Xsens motion capture suits, which EA said capture “unprecedented volume of high-quality real-human movement data.”

There are over 4,000 new animations in FIFA 22, based on data captured from 22 footballers playing the game.

AI has also been improved, with individual players now able to understand formations better, which in turn lets them make more informed decisions on the attack and in building up the play, and move tactically as a unit in defence.