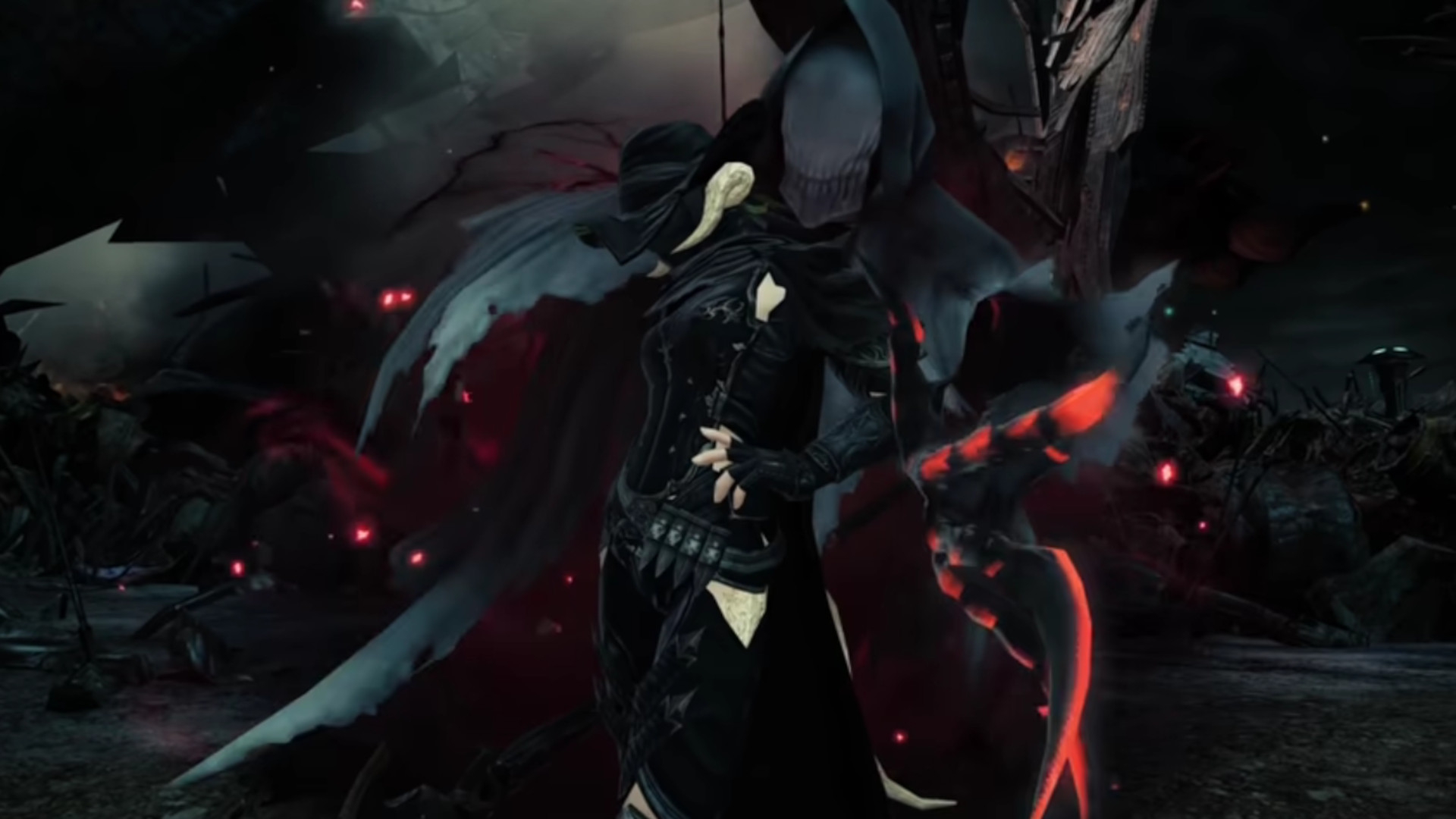 This year’s Final Fantasy XIV FanFest just happened, and we got a wealth of new information on Endwalker, the next expansion. On top of a trailer, and a release date, the second new class has been revealed, a new tribe, and the next series of raids.

Reaper is the next class you’ll be able to choose as of Endwalker. It’s a melee DPS job that can summon other creatures to the battlefield, or to put in official parlance, an “avatar from the void”, which sounds incredibly cool. These dark and dreary types wield a two-handed scythe, and dress all in black, more or less making them goth summoners. They’re available from level 70, though you’ll need at least one other class at that level first. Listening to Sisters of Mercy and Type O Negative while you play is not a requirement, but it’s a definite plus.

The new alliance raid is called Myths of the Realm, exploring and giving background to the mysterious Twelve. No crossovers this time around, Myths of the Realm will be all original for Endwalker. Given that we’re heading to the moon, it makes sense for there to be some moon-people for us to meet. One species that’ll be there are Loporrits, small bunny-folk based on Final Fantasy 4‘s Hummingways. Cute!