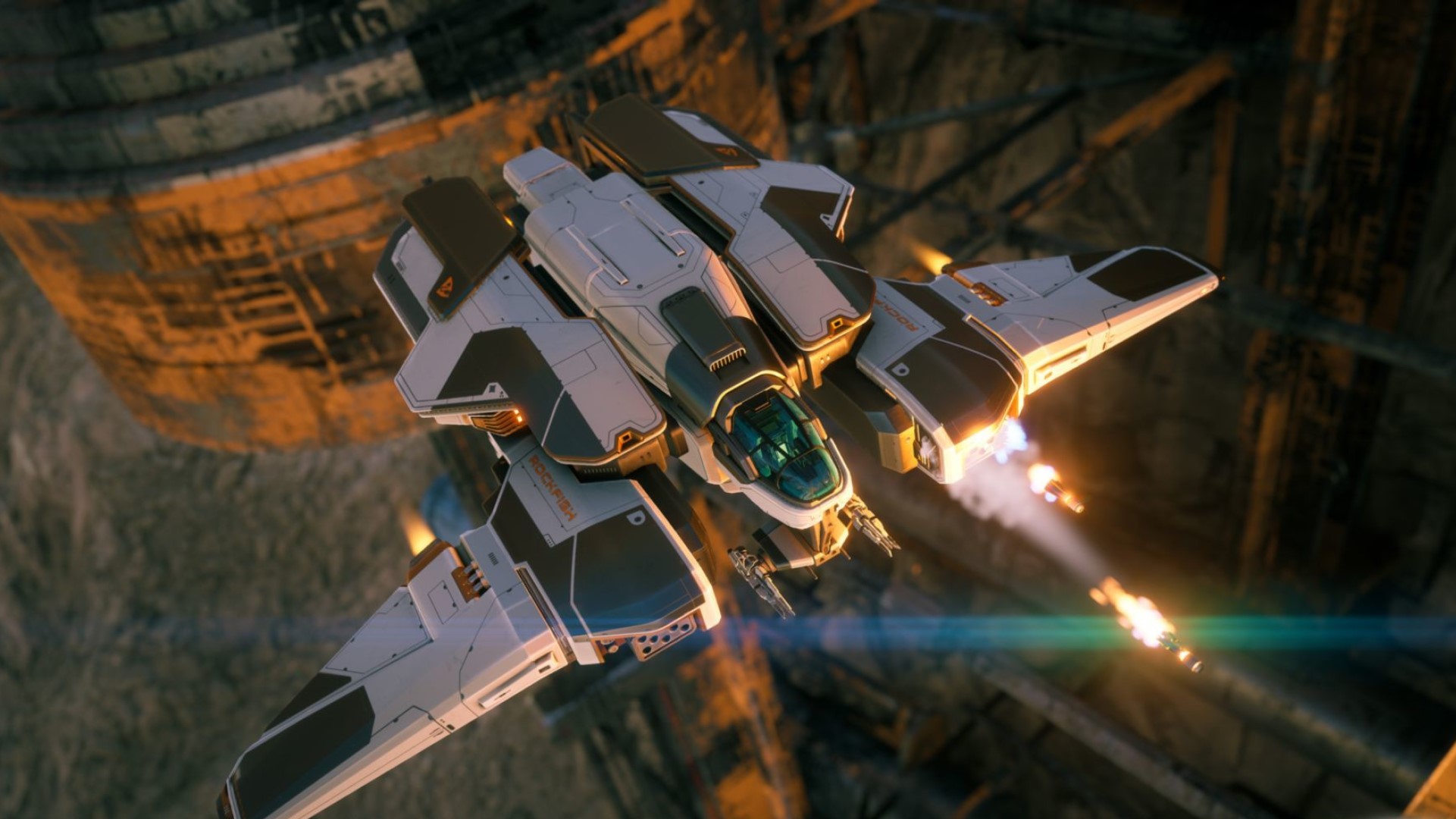 The first big content update for early access space game Everspace 2 has arrived, bringing with it a brand new ship class, the heavy Bomber. The update, called Union: Contracts/Hinterland, also includes new content for the story campaign, a new mission type, new enemies, and the return of an old friend from the original Everspace.

First, the new bomber is likely to attract pilots’ immediate attention. Developer Rockfish says it’s a heavy fighter that bristles with “a virtually unlimited supply of missiles and mines, including the infamous ARC-9000,” which the bomber can deploy in its ultimate ability, a “massive ball of destruction” that damages friend and foe alike when it explodes. Use it with due caution, Rockfish advises.

If you played the original Everspace’s Encounters expansion, you’ll be pleased to see outlaw Elek making his return to the series. You’ll find him dangling in a cocoon of some kind deep in a spooky cave at Cephas Downs, Rockfish says. His predicament when you discover him likely has something to do with the new enemy that’s arriving in this update: the cave crawler. These are your mean-spirited, razor-clawed space bugs, and they’re full of corrosive blood that you’ll want to look out for while you’re lighting them up with laser fire.