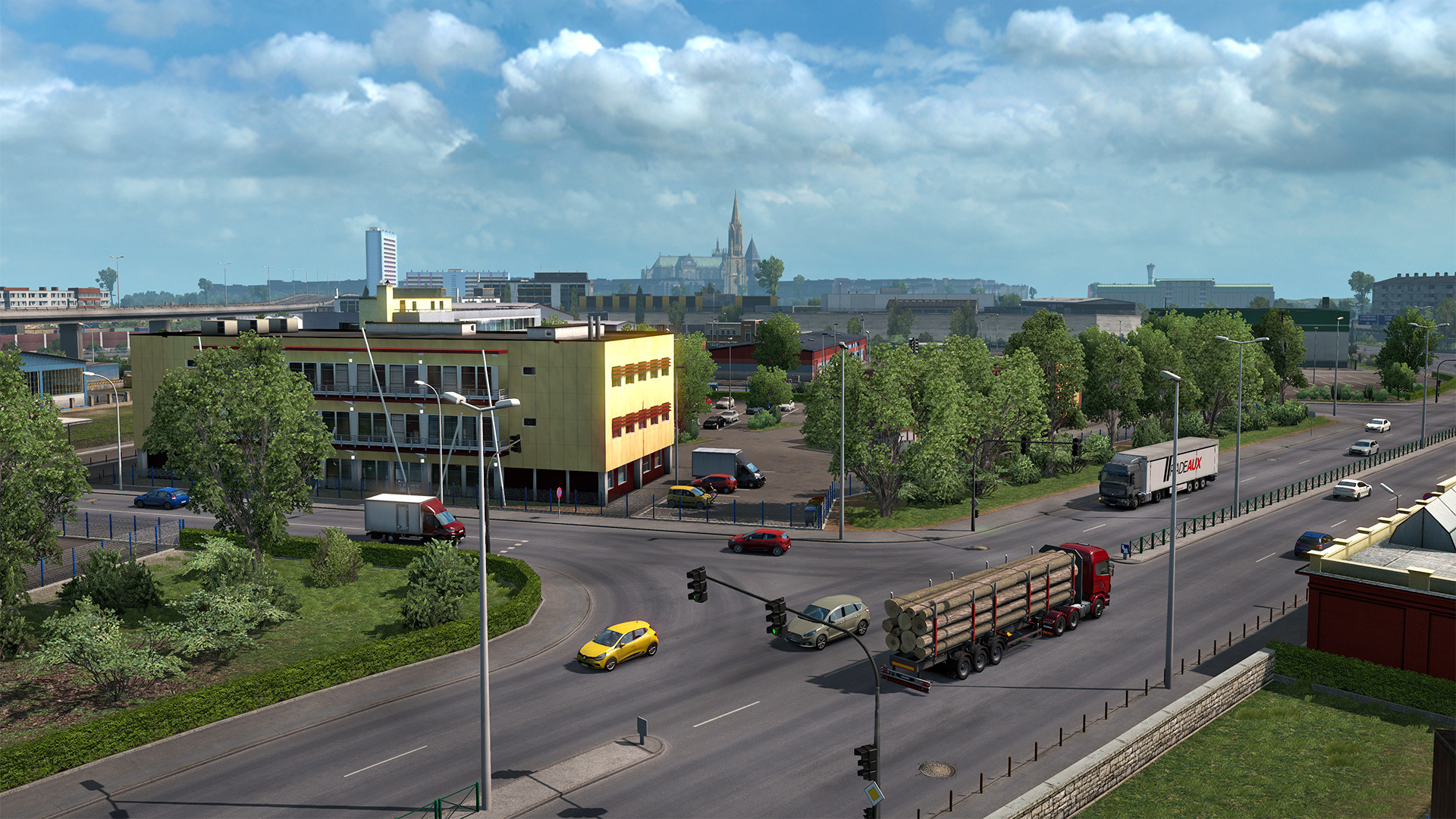 Developer SCS Software recently introduced the Convoy multiplayer mode to both Euro Truck Simulator 2 and American Truck Simulator, providing an official alternative to massive online mods like TruckersMP. Convoy has both advantages and limitations compared with the fanmade option, but the devs aim to add some notable features for official multiplayer – “eventually”.

Convoy currently supports up to eight players, and that’s set to increase. In a recent blog post, the devs say “we expect to be able to raise the player limit in the future, however, we are keeping it small at this time due to its work-in-progress nature. There are important performance optimizations as well as better moderation tools under development that we would like to have in place first before increasing the limit.”

The devs also plan to introduce mod support for Convoy, though that introduces its own set of technical issues “when it comes to coming up with a safe and robust way to synchronize sessions of players joining in with different mods, and then back again when they wish to revert to the previous state to continue playing with their regular player profile.”